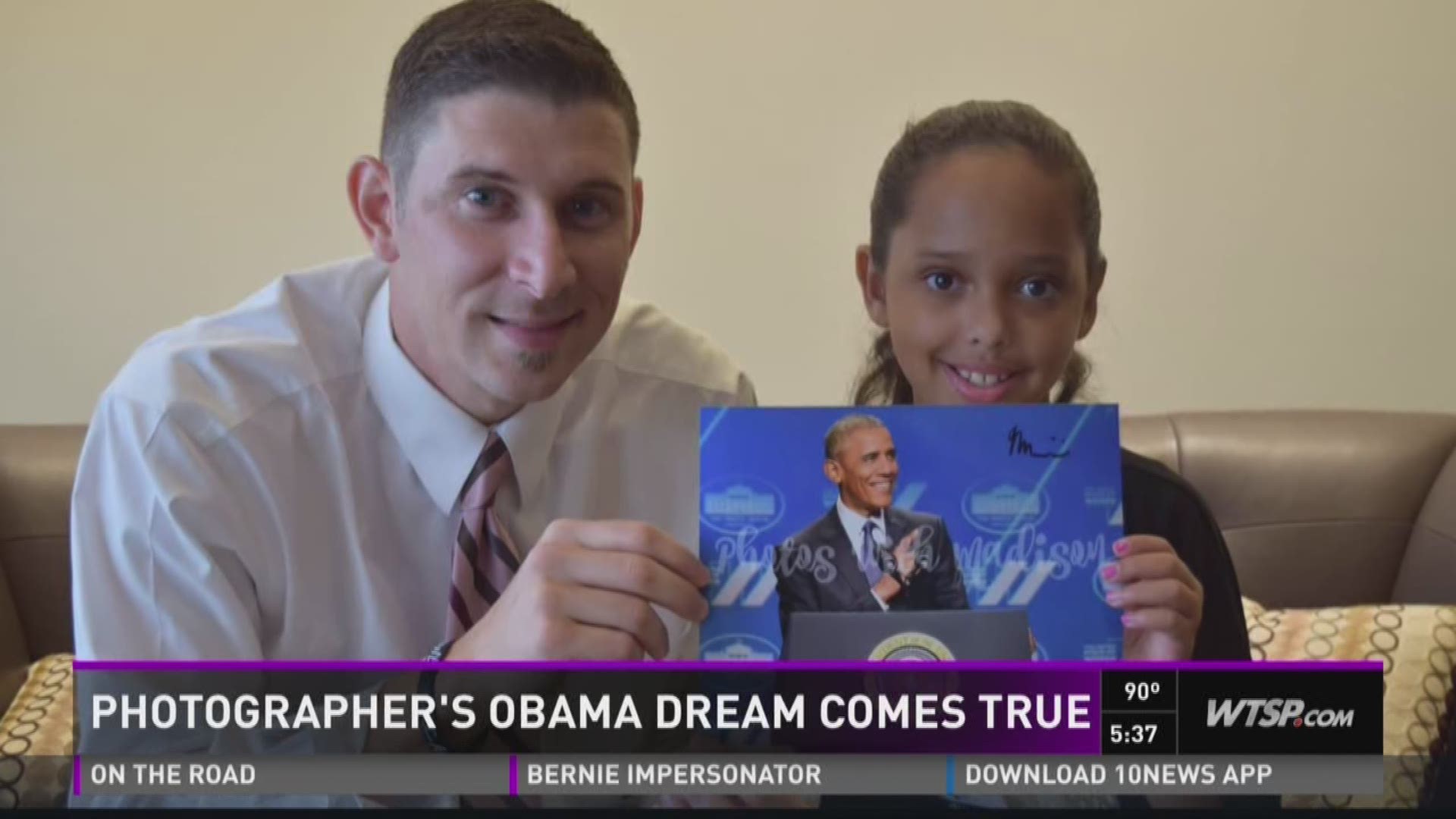 For years she’s chased the same dream. Thanks to 10News WTSP, it came true this week.

“I got to go to Washington, D.C., to take photos of the president,” 9-year old Madison Harrison said with glee. “I'm pinching myself to make myself believe that I'm really going. I'm really there. At first I thought it was a dream."

The dream came true when Madison and her parents were invited to attend the United State of Women Summit in D.C. Madison, who we first met a year ago, was named the official 10News WTSP photo ambassador, which earned her credentials to be among the 200 media members who came to cover the event hosted by first lady Michelle Obama.

"I was a little nervous,” said Madison, who was the youngest media attendee by far.

Madison, who has her own photographer business called Photos With Madison, has been using the social media hashtag #HelpMadisonMeetPOTUS for over a year. Her dream was to get a picture of the president and got her chance during a speech he made that the summit.

“At first I thought I was going to meet him but at least I got to be in the same room with him,” she said with a smile.

Madison flicked through her 800-plus photos of President Barack Obama with a grin across her face. She also took photos of Vice President Joe Biden, actress Sophia Bush and Oprah Winfrey.

But the photos of the president will be keepsakes forever.

“That is the president!” she said with a giggle. “The president of all the United States.”

Madison says her next goal is to take photos at the Oscars.