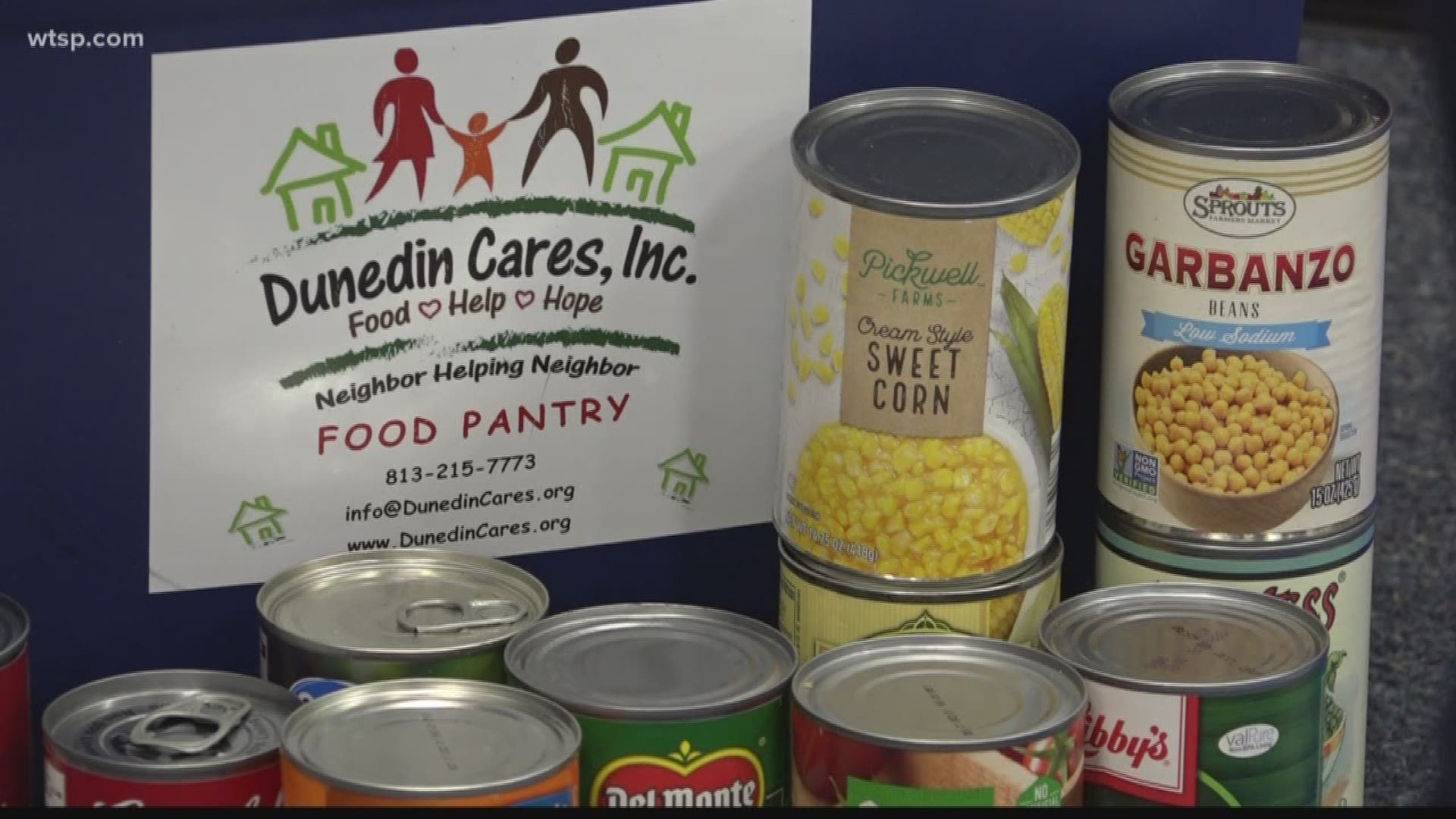 DUNEDIN, Fla. — Eight-year-old Ryder Ho scanned his teacher’s classroom and smiled as he listed off the Garrison Jones Elementary bounty.

“It’s going to people who don’t have food and now they do,” the third-grader said. “It makes me feel happy.”

“The first day alone we collected 876 items and the two days following that, it was over 1,100 items in three days,” said Susan Gould, who has spearheaded Garrison’s efforts to collect food. “They seem to really enjoy getting involved.”

The food will make the five-minute trip down the road to the waiting shelves of Dunedin Cares. The local food pantry serves hundreds of families on multiple days per week behind the Faith Lutheran Church, across the street from Dunedin High School. More than 1,300-pounds of food is picked up there weekly.

“We can’t give away a lot of food if we don’t have it donated to us,” said Joe Mackin, president of Dunedin Cares, which is open for food pick-up on Tuesdays, Thursdays, and Saturdays from 10 a.m. to noon.

Dunedin Cares survives on donations. Many schools in the area contribute food, including Garrison, DHS, San Jose, Curtis Fundamental and more. The vital donations keep the shelves full. The tender-hearted nature of the givers – children – makes the efforts feel sweeter.

“It goes quickly,” said JoAnne Fell, a Dunedin Cares volunteer for three years. “I think it’s important that kids understand that this is a problem wherever you live.”

Nick Ramdas pulled his black Jeep up to the back of the Dunedin Cares food pantry at exactly 10 a.m. He helped unload 497 pounds of items gathered from the Pinellas Jeep Club over the past week. He says his Pinellas Jeep Club, which hosted 142 Jeeps the night before the delivery at a Dunedin Causeway meet-up, plans to keep the donations coming through the end of the year.

The Garrison Jones students will continue to collect food for Dunedin Cares through Veterans Day. Every little bit helps.

“If you need food, we’re going to give you food,” said Fell.

That’s why Gould’s students keep bringing in the goods. At Garrison, almost half of the families receive 50-percent reduced lunch. Those are also the families doing the most giving, according to Gould.

“I think people care about other people a lot,” said 8-year-old Sadie Kuhn while holding a box of macaroni and cheese. “It looks like the whole school brought in a bunch of cans.”