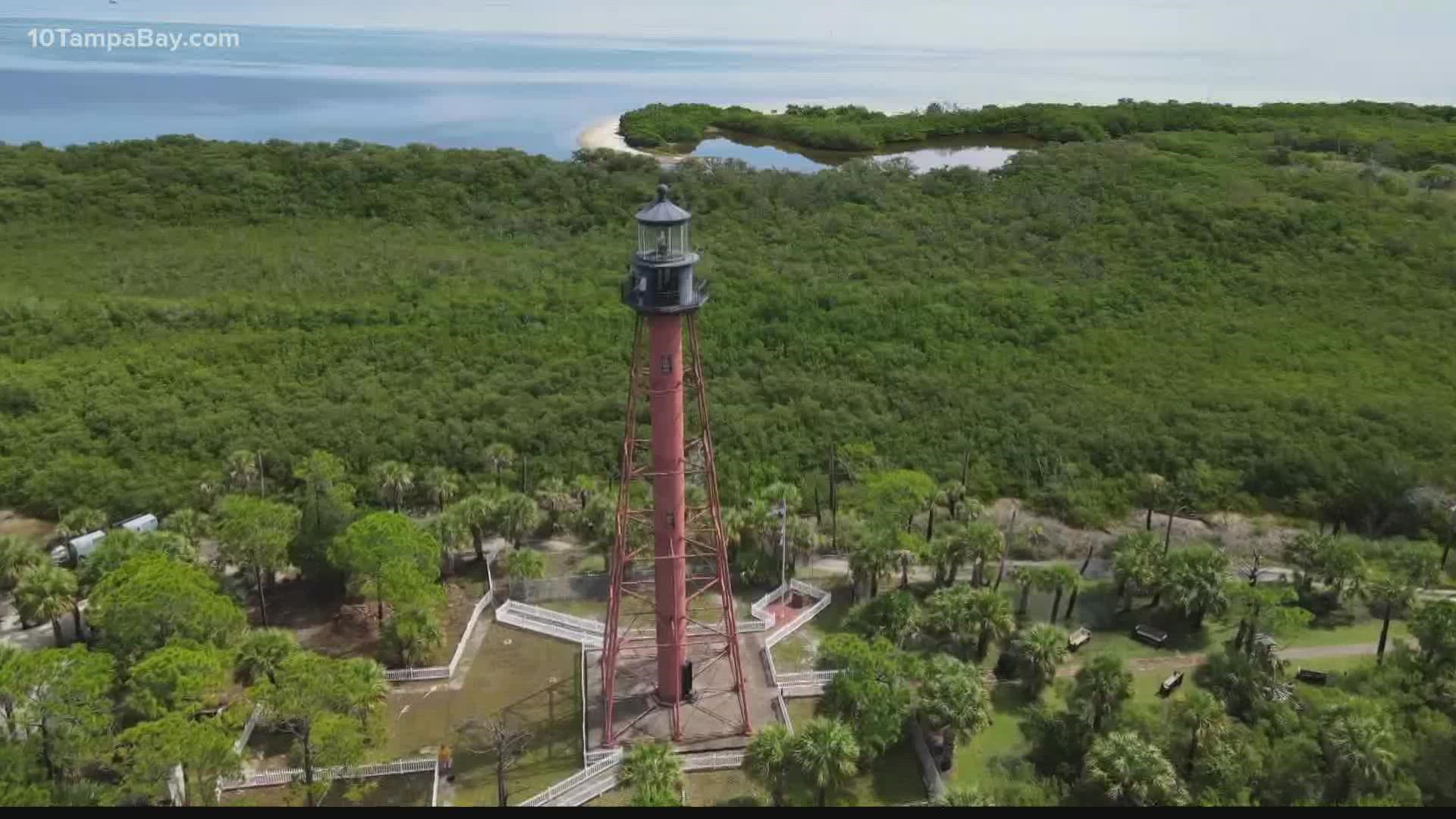 DUNEDIN, Fla. — Terry Fortner smiled as she cradled her grandmother’s book. A stack of them sat neatly displayed inside the Nature Center at Honeymoon Island Park. It’s a place Fortner comes to visit often.

This entire area has so many memories for her.

“The older I get, the more I realize, sometimes you take your grandparents for granted; but when you think of the things they accomplished, it’s impressive,” said Fornter.

The Palm Harbor woman grew up hearing stories of what it was like to live in ‘old Florida.' Her grandmother, Myrtle Scharrer Betz, was born on what was then-known as ‘Hog Island’ in February 1895. Her father, Henry, was a Swiss immigrant. He built a homestead on Hog Island and enjoyed life on the barrier island on Florida’s west coast.

Then, in October 1925, a storm arrived at their door that would change the shape of Florida forever.

“The great wall of water had piled rows of seaweed, lumber, broken small boats, and other trash up on the sand dunes. The beach itself was swept clean as if it had been raked,” said Fortner, reading an excerpt from her grandmother’s book. “I saw a new pass had been cut by the storm. This is now called Hurricane Pass.”

The 1921 Tampa Bay Hurricane, which goes by many names, split Hog Island in half. The home the Scharrer family built was picked up off its pilings and dropped back down, according to Myrtle. The storm carved out a path in the middle of Hog Island that came to be known as Caladesi Island to the south and Honeymoon Island to the north.

“Florida is synonymous with hurricanes. Hurricanes and Disney really,” said David Knupp, the curator at the Dunedin History Museum. “The reason that we have two islands instead of one is because of a hurricane.”

Inside the museum, Knupp created an exhibit highlighting the major storms to hit Florida’s coastlines over the centuries. The storm of 1921 is featured prominently. Maps, storm path charts and even old photos provided by Fortner are on display.

The storm from one century ago is considered the biggest to ever arrive on Florida’s Gulf coast.

“Tampa Bay suffered serious, serious flooding. County roads were washed out. Ships were destroyed. Buildings that were the foundations were built on sand were washed away. I mean it was a very destructive storm,” said Knupp. “This is probably the worst that this area has seen.”

Hurricane Pass has widened since 1921 when the hurricane first carved it out of Hog Island. It is wide enough now for multiple boats to pass through at once. Beachgoers sit on the northern and southern shores and enjoy peaceful days on the sand.

A century ago, it was a totally different story. Having an account like Myrtle’s to relive the past helps keep the memory of the 1921 Tampa Bay Hurricane alive.

“I think there are a lot of historians and people who grew up in Florida who have written about their childhood and Myrtle was one of those,” said Fortner. “She did embrace her Florida pioneer childhood and wrote about it we have a legacy now that we can remember her by.”

Myrtle died at age 97. She wrote the book a decade before her death. It’s titled ‘Yesteryear I Lived In Paradise – The Story of Caladesi Island’.

Eight Floridians lost their lives in the 1921 Tampa Bay Hurricane. The hurricane exhibit will remain on display at the Dunedin History Museum through the first week of December.