Nina Johnston got a devastating cancer diagnosis. Yet, she never lost sight of her dream to open a café with her husband. Now healthy, the dream is becoming reality. 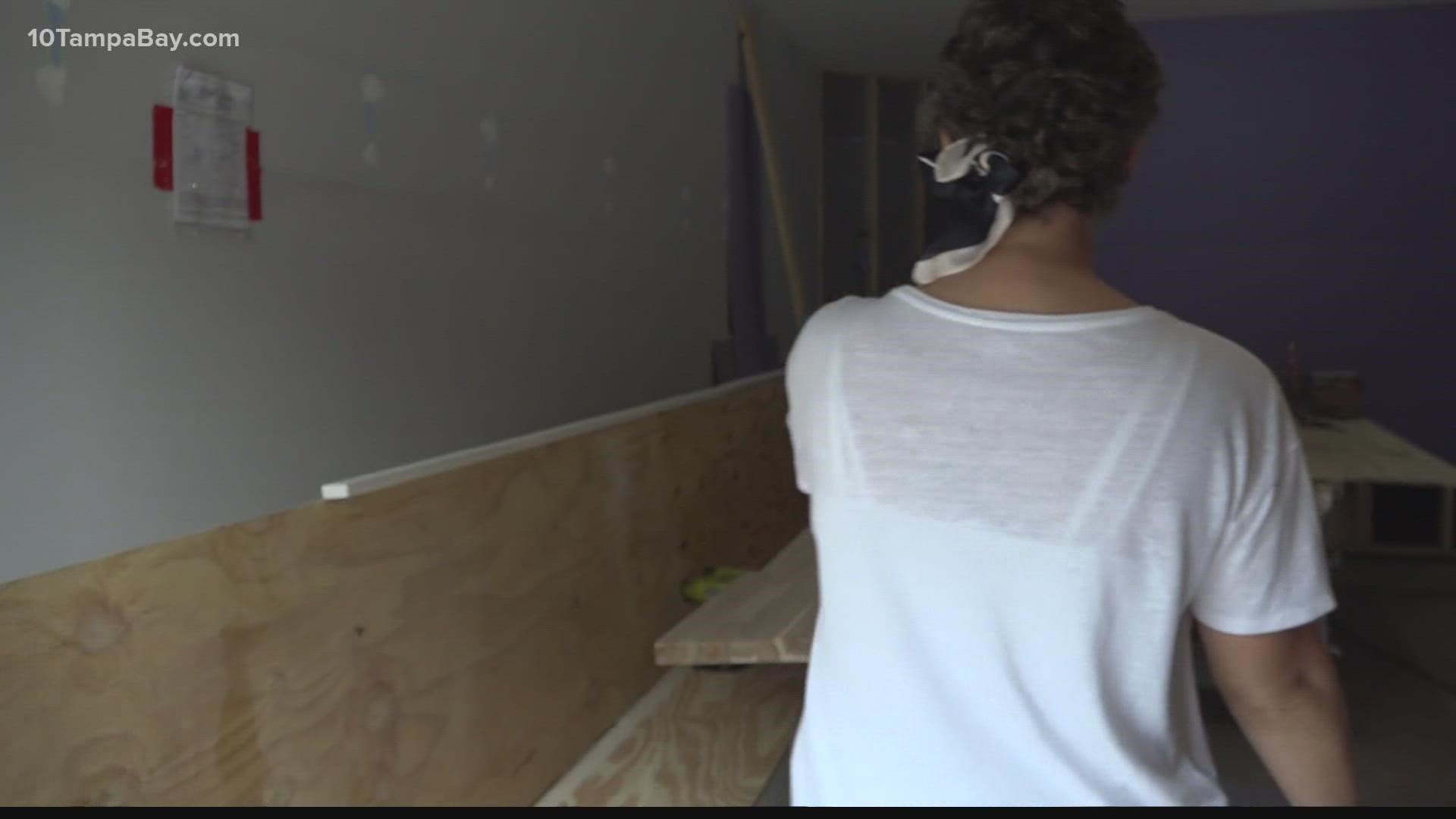 DUNEDIN, Fla. — Waking up to a broken pipe is never a good way to start the morning. But, Nina and Graham Johnston just rolled with it.

“We got here and it was under water,” said Nina, the new owner of the soon-to-open Mangos & Marley: A Coastal Café on Main Street in Dunedin.

What Graham called a “curveball” was fixed in a few hours. The couple remove the water in the café with the help of a few friends and a lot of floor dryers.

After all they have been through in the past 12 months, a little puddle is hardly anything to sweat.

“Today is the one-year anniversary of my mammogram,” said Nina, standing in the space that will become the kitchen at Mangoes & Marley. “October 1 I was diagnosed with Stage 4 metastatic breast cancer.”

It was a shocking diagnosis. Nina underwent intensive treatments and lost her hair. She leaned heavily on her community. Family and friends from church helped make the long days feel as comfortable as possible.

“Nothing is promised. Each day is a gift. So, we’re here just living it,” said Graham. “We have a story to tell of a God who is good and loves us in spite of what’s going on here. We want to be a discouragement.”

Nina beat the disease in under a year. She gladly shares the video of her ringing a cowbell at the hospital to signify the end of her chemo and radiation treatments.

Making it through to the other side of cancer only showed the couple that the present is the right time to pursue their dream of opening a café. Why put it off any longer?

“I think of a renewal. I think of new beginnings. I think of starting over. I think fresh,” said Nina, whose grandparents, Carrie and Richard Kerr, once owned a Cuban-style café in the Florida Keys.

Graham has done much of the construction. Framing and electrical passed inspection this week. Drywall should be completed today. The design is rounding out. Nina is still deciding how to best incorporate a accent wall at the back of the dining space. There are even plans to have a self-serve ice cream cooler for kids.

All in all, it’s pleasing to see the progress.

“Being a bit removed from the situation, a few months, from Nina being healthy, we are able to see that standing up in the face of adversity is just key,” said Graham. “We all have junk and stuff and how do you respond to it? I think this has just been a testament to Nina’s strength.”

Mangos & Marley is exactly what they’d dreamed of opening when the couple met while working together at a restaurant over 14 years ago.

“We just didn’t want to kick the dream down the road any longer,” said Graham. “In many ways this is the fulfillment of a dream but at the same time it’s also the starting point. We’re just getting going.”

Mangos & Marley is located at 506 Main Street in Dunedin. The Johnstons hope to be open by late-October. For more on the restaurant, check them out on Facebook and Instagram.