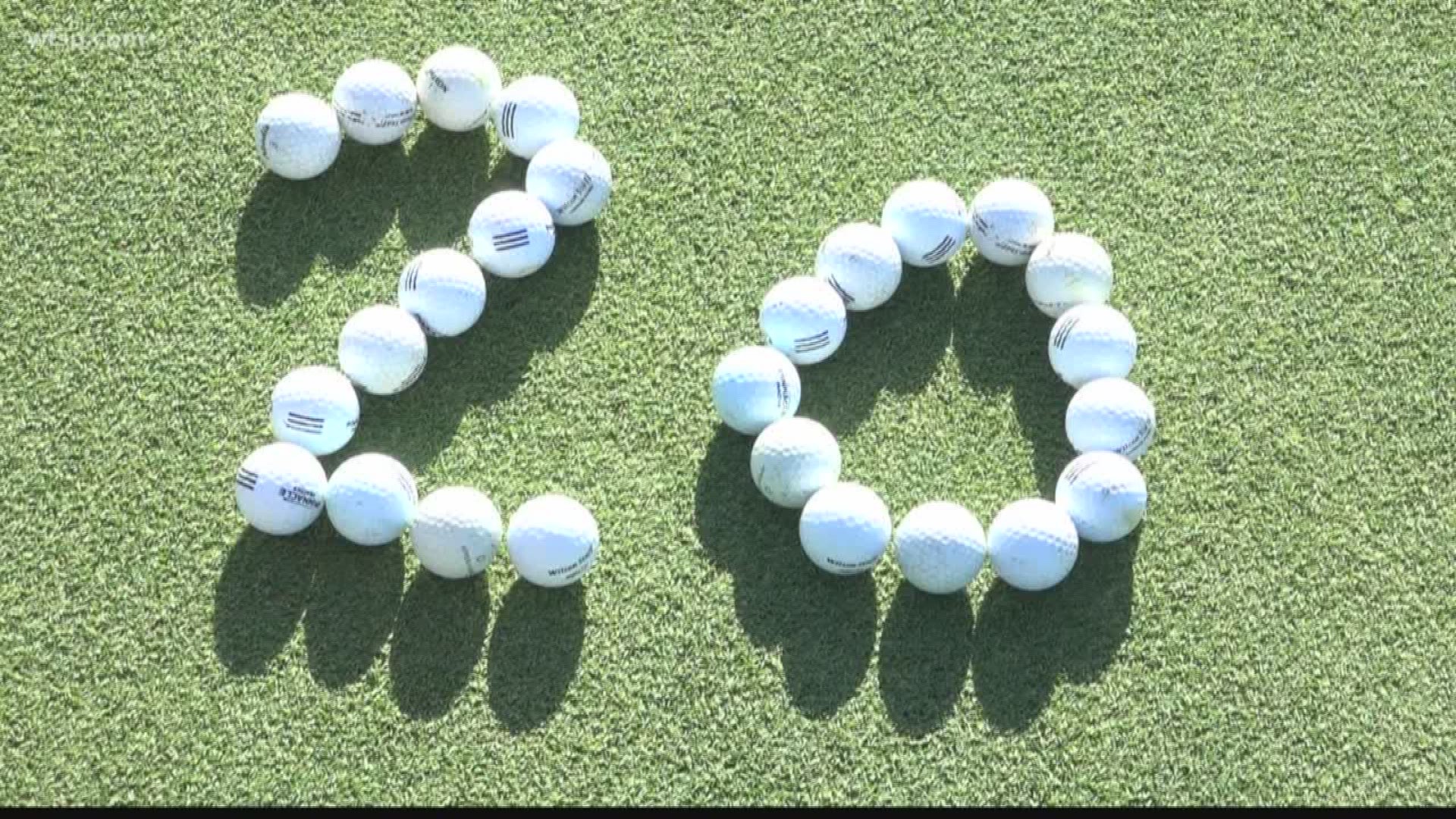 LARGO, Fla. — The Angry Open sounds menacing based on its title. In fact, it’s a sweet combination of a love of family and golf.

“He was a terrible golfer,” Trey Garrison said with a smile. “The world is a lesser place without Phil in it for sure.”

Garrison and the rest of his family are still mourning the loss of Philip Bryant, who died of melanoma in 2006. The then-23-year-old was an active athlete and beloved member of the Clearwater community.

“He was a twin. Just a wonderful young man,” said Phil’s dad, Stan. “We lost him. He had a spot that was on his forehead and it was melanoma.”

The Bryant family, which has five children, both biological and foster, seeks to honor Philip each year with the Angry Open. The golf tournament is designed to be much more than just 18 holes of fundraising. Its purpose is to memorialize Philip by screening the community for life-threatening cancer.

“He had actually had a spot on his forehead that was melanoma. Ten months later, we had lost him,” said Phil’s father, Stan Bryant.

Melanoma is a killer. The Bryants hand out information to golf tournament participants that reflect that fact. Melanoma is the most dangerous form of skin cancer, affecting over 95,000 of the million-plus cases of cancer diagnosed each year, according to the Bryant’s information packets.

The vision of the tournament, which celebrates a decade this month, is to “provide the public with innovations in prevention and treatment of melanoma through ongoing research and consultations with professionals in the field."

Before the 1 p.m. shotgun start at Largo’s Bardmoor Golf Course on Oct. 24, golfers will be able to access skin cancer screenings and learn about the safety of sunscreen. Golfers in particular are susceptible to sunburn because of the sport that requires four or more hours

In 2018, over $20,000 was raised through the tournament and donated to Moffitt Cancer Center for research. The tournament also raises money for scholarships for Clearwater High students who play football. While he was in school there, Phil excelled on the Tornadoes football team.

So far, 18 scholarships have been awarded.

“It gives us a chance to celebrate Phil and his spirit,” said Stan.

RELATED: Tampa company is testing a cancer vaccine on humans