A painter named "EZ" has been creating one-word inspirations since summer 2019. What started as a way to cheer himself up has grown into a community pick-me-up. 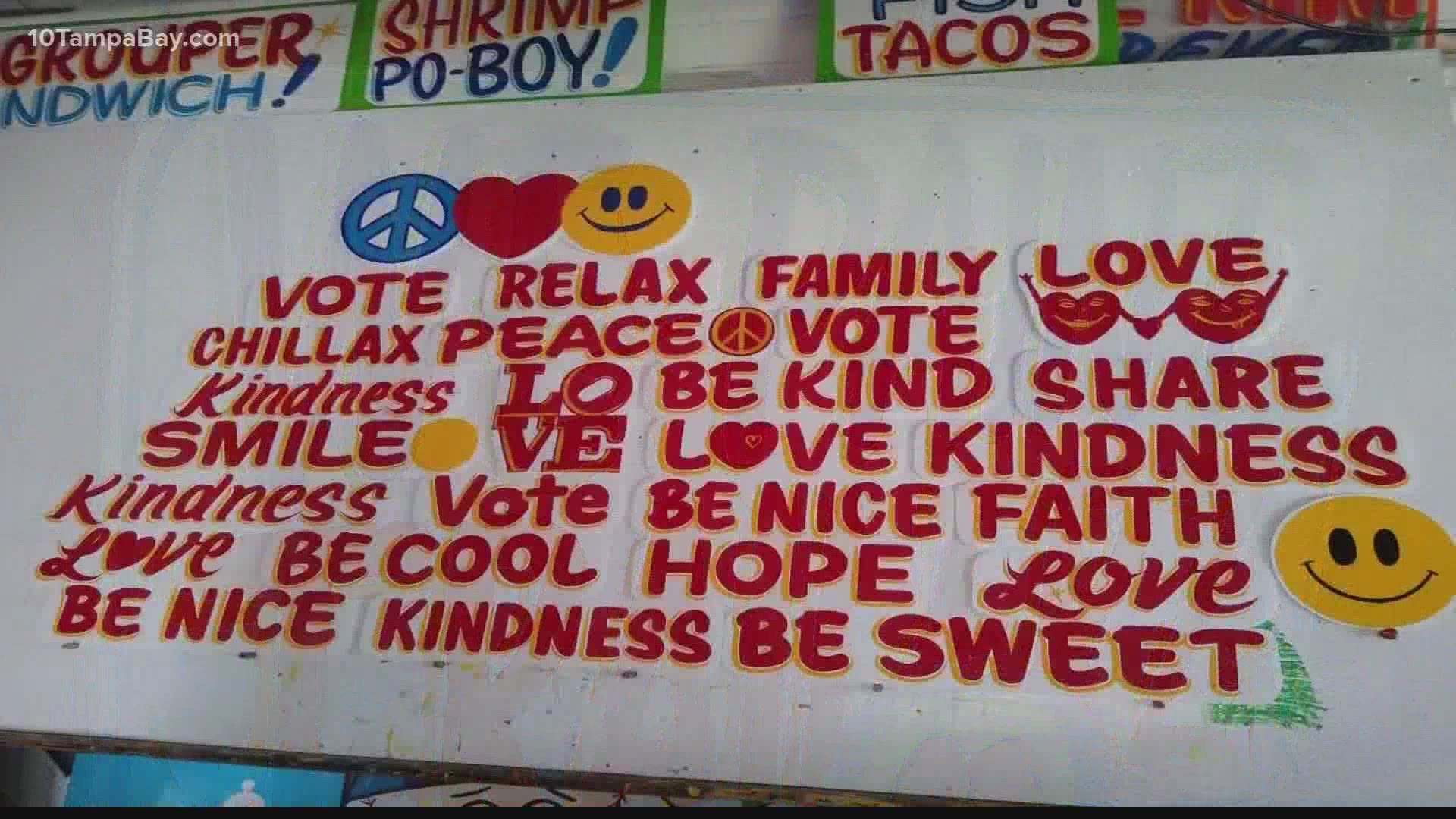 ST. PETERSBURG, Fla. — His friends call him “EZ”. You may have seen his work nailed to telephone poles around Tampa Bay.

“I call them my prayers,” he said with a smile.

EZ paints simple one-word signs in his garage and hands them out for free. He’s been doing it for a year and a half and started after his wife was diagnosed with colon cancer in July 2019. The signs, which contain words like "PEACE," "FAMILY," and "LOVE," have become very popular. He estimates that he’s given out or personally hung 250.

“I think (we got) family, love, and happiness,” said Christina Conley, trying to recall which signs her family nailed up on poles in St. Petersburg near their home. “And a smiley emoji.”

Conley and her fiancé, Stephen Smarowsky, were excited to join EZ in his goal of uplifting others. Both needed some encouragement. Their wedding has been delayed due to COVID-19. Conley lost her grandparents in a car accident last year. In the last five years, Smarowksy has lost five loved ones.

Simple words of encouragement, like EZ’s signs, offer a reason for optimism.

“It speaks hope into your life,” Smarowsky said. “We want to raise kids in a world where they understand that there is brokenness and disease, but there is hope.”

The family sent photos of them hanging signs to EZ. He was glad to receive them. He has a stack of letters from neighbors and strangers thanking him for the signs.

“Oh, I look at them all the time,” he said of the letters. “Because it makes me feel good to feel that I’ve helped somebody in one situation or another. That’s why I put them up. Because nobody gets anything for free anymore.”

Except for maybe the feeling of love and thankfulness which comes from having a one-word inspiration hanging on a telephone pole near your home.

“We want every person who sees the signs, we just pray it will be an encouragement to them,” Smarowsky said.