Bryan Cook and his family have been offered food, money, clothes, and shelter by neighbors and strangers since their home was burned down last week. 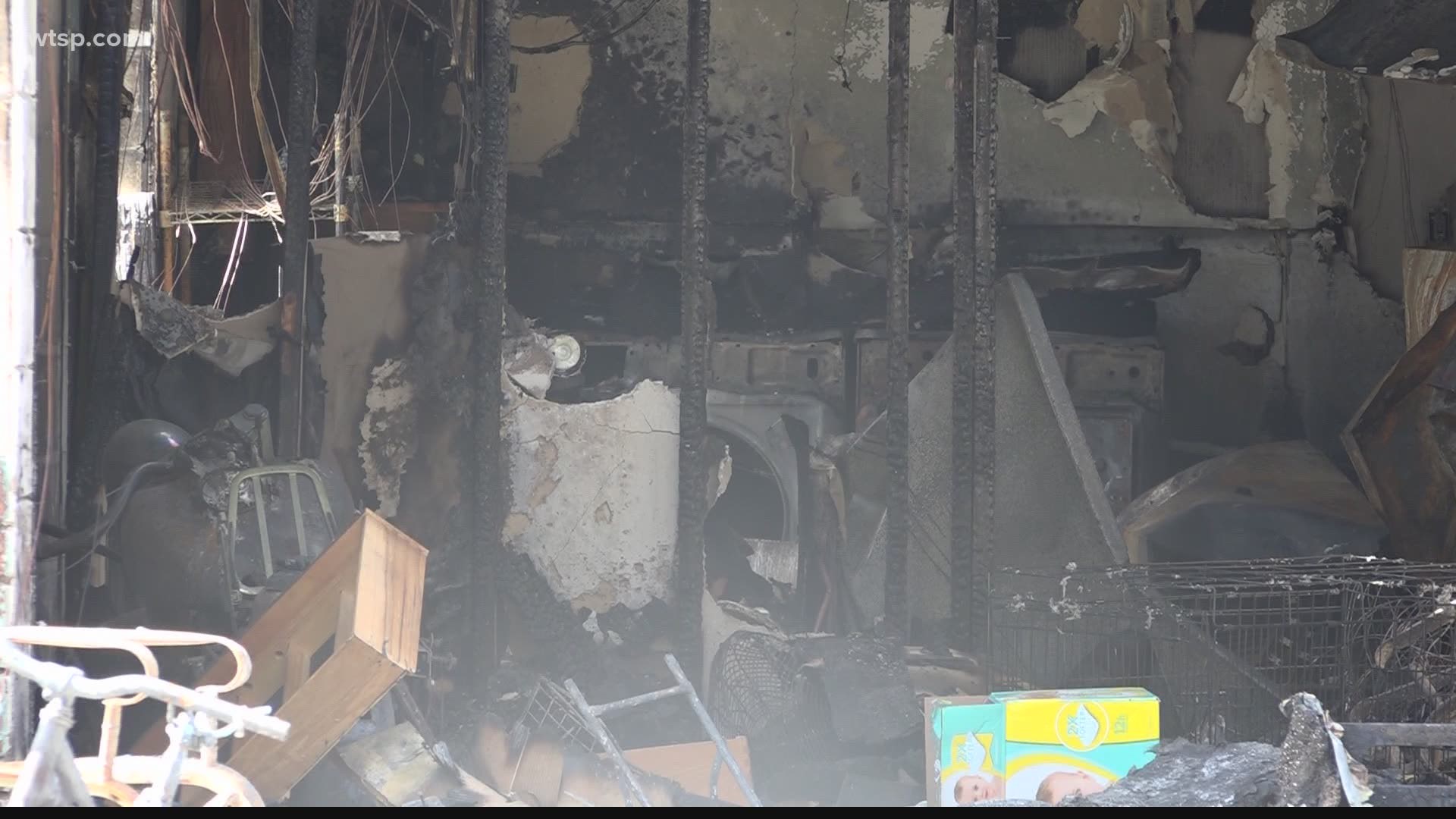 BAY PINES, Fla. — Bryan Cook had never heard of GoFundMe before last week. Now, he’s on the receiving end of a neighbor’s idea to set up a crowdfunding page in his honor.

Cook and his family lost their home last Thursday in a fire that started just before 9 p.m. The family dog, Hadley, alerted Bryan, his wife, Jennifer, and their two daughter to the fire building in the family’s garage. Within minutes, their entire house was in flames.

“We can build a new house, we can’t replace my family,” Bryan said a week later.

The only things from the house that firefighters were able to salvage were Jennifer’s wedding dress and her mom’s ashes. The family was planning a memorial service for this weekend.

For now, they’re just grateful for the support of a neighborhood. It’s one they never expected to be so caring.

“This community shocked me. It actually humbled me and changed me as a man,” said Bryan. “Literally hundreds of people were walking by here. They brought us food. they brought us clothes. They offered us, strangers, offered us a place to stay in their own home.”

A neighbor offered up his 40-foot mobile trailer for the Cooks to sleep in. They decided to stay with Bryan’s mother a few miles away while they figure out what to do about their home. The charred roofing material and a destroyed bicycle fill the garage. Pieces of window framing lay in the front yard.

The fire required five different fire stations to contain and ultimately put out.

“It’s just really scary and it brings shivers to your body,” said 11-year-old Danaka Cook. “It will be okay.”

The tears each Cook family member has shed in the past week are a mixture of sadness and thankfulness. Next door neighbor Angie LaCert rushed over as soon as the fire started to help. So did Kathy Baker and Fay Baroni, who live down the street, and others.

“I never want to see that again. It was absolutely horrible,” neighbor Amanda Loeffler said.

Neighbors nodded in agreement. President of the Bay Pines Civic Association, Jack Johnson, who pulled over his truck on Thursday after seeing a group gathering across the street from the Cook’s property, is encouraged by his community’s willingness to help. 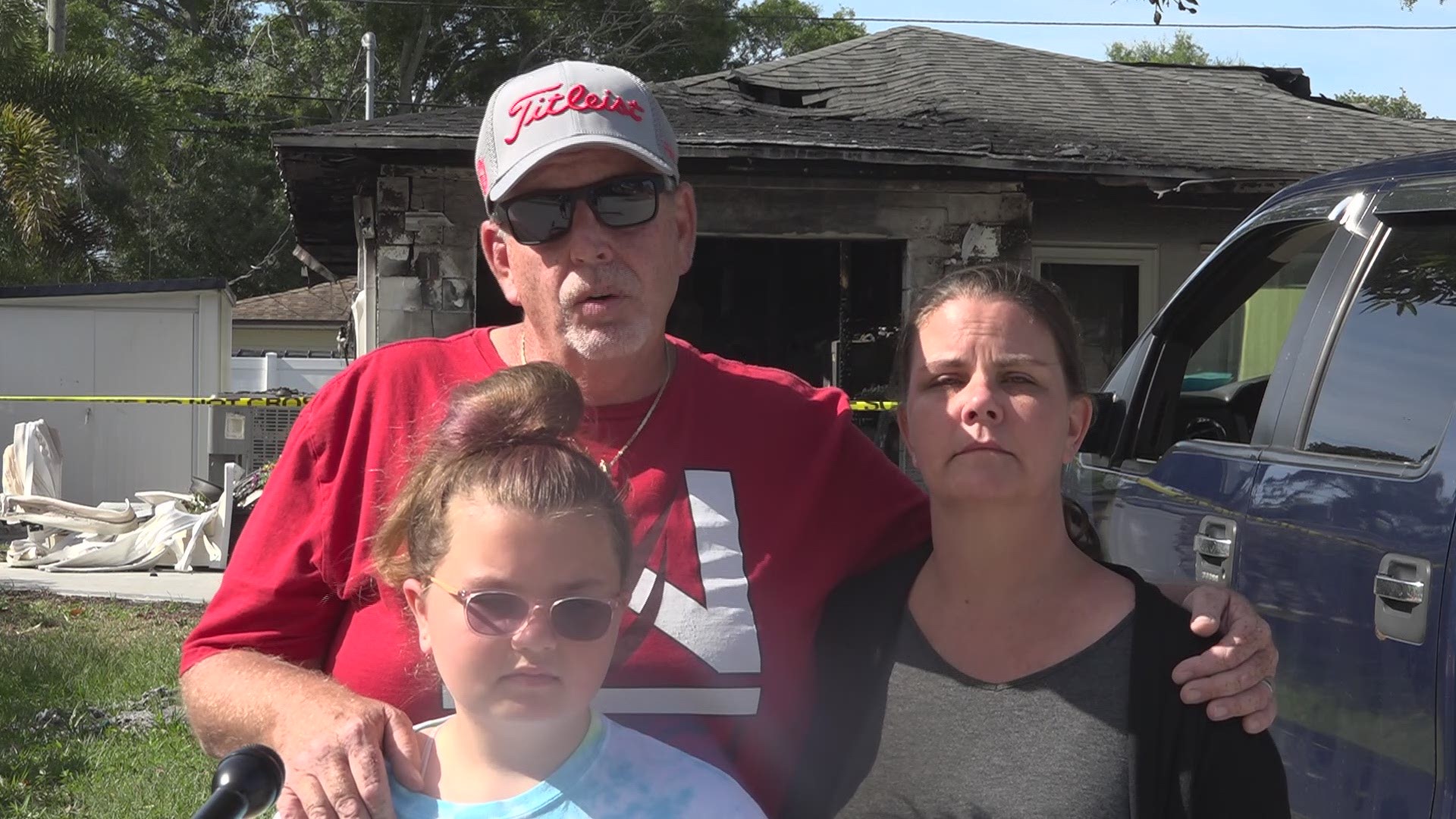 “We have a good community,” he said. “It’s rough when you lose everything.”

“We really do have a great street,” added Angela Carpenter. “We’re not just neighbors we actually are family on the street.”

The Cooks feel the same way now. The GoFundMe page will help. The donations of food and clothing already has.

“I’m a giver. I’m not a receiver,” said Jennifer through tears. “So, for the shoe to be on the other foot is very humbling and loving and I just feel like the whole neighborhood has just hugged us in their arms and told us that everything will be okay.”

The Cooks were so thankful to the fire departments who showed up to try and save their home that they bought pizza for each one during the firefighter’s next shift. It’s an example, neighbors say, of the kind of selfless people they are.

The kind you want living in your community.

“We were all there Friday and Saturday helping the Cooks,” said LaCert. “We cried all day Friday and Saturday because every 10 minutes a new neighbor was showing up bringing hugs and condolences and food or money or offering their home or their motor home or something.”

The Cooks are waiting on insurance now. They plan to stay right where they’ve been most accepted.

“It’s tough. It’s tough,” said Bryan. “Life throws a lot of curve balls but we’re going to keep our chin up and we’re going to build a new house right here in this neighborhood and will get through it.”