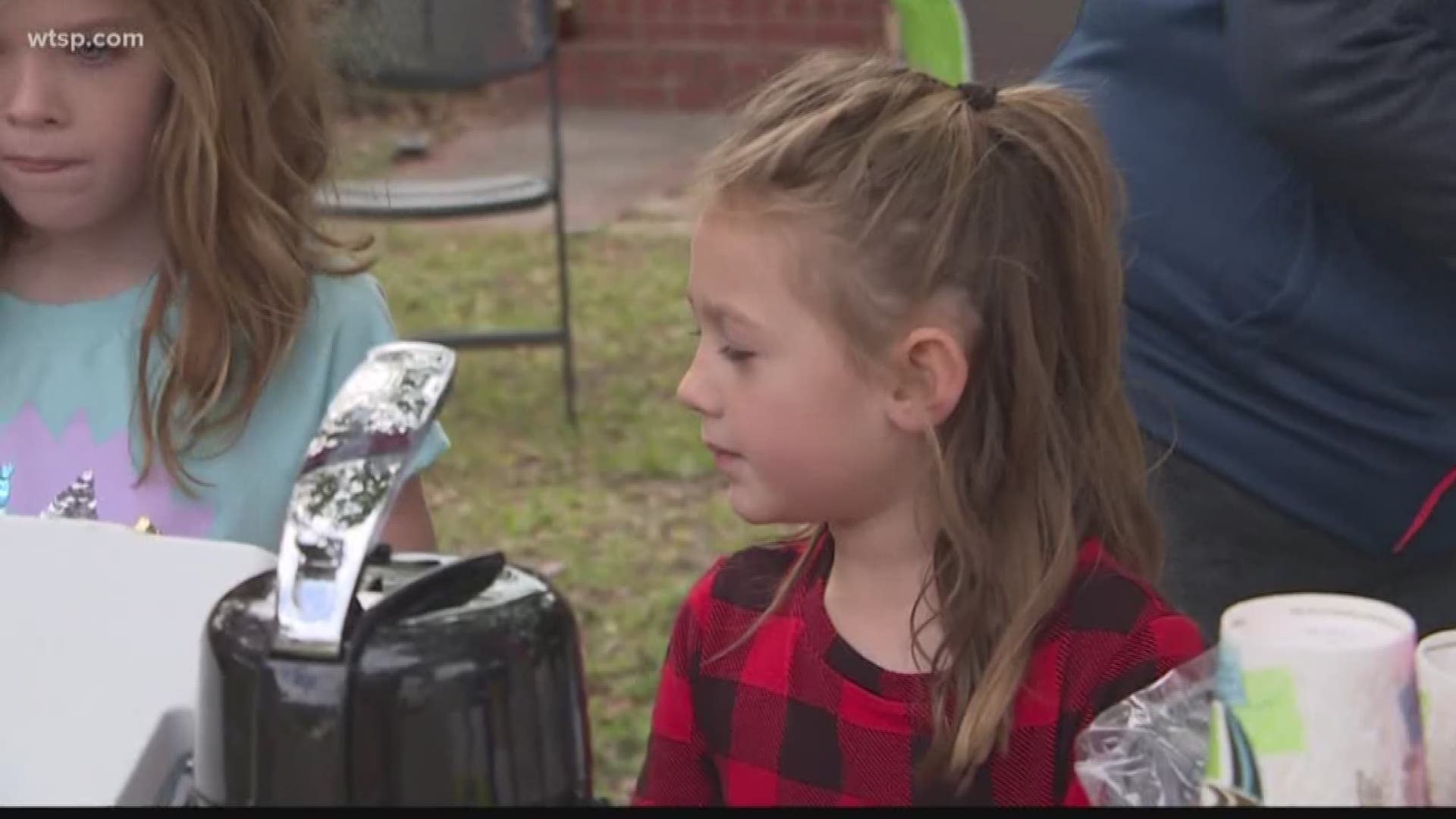 ST. PETERSBURG, Fla. — Caroline Gallagher is becoming pretty good at serving drinks. The five-year-old spent her New Year’s Eve morning serving hot chocolate from her new lemonade stand – an interesting twist on what has become a profitable and charitable hobby.

The lemonade stands started as a way to give money to pediatric cancer research. Gallagher only raised $50 during her first sale. The next year, she jumped to $800. Last year, she made more than $13,000 and donated $11,244.50 to Johns Hopkins All Children’s hospital to help doctors fight the disease.

The New Year’s Eve sale was a success as well.

Gallagher collected $2,587 in donations. That brings her lifetime total to more than $14,600 for cancer research.

That weigh of the mission isn’t lost on her.

“Because I want kids to feel better,” she said Friday from her St. Petersburg home.

After we aired Gallagher’s original story in June, two viewers in New Port Richey saw the story and got to talking about how they'd like to help. Neighbors John Schwier and Michelle Fetz came up with the idea to build Caroline a proper lemonade stand.

“I said, ‘John, you have to build her a lemonade stand,’” Fetz said at the time. “My heart is so full and so humbled.”

Schwier went to his local Lowes and gathered the materials. When a store manager saw his load and asked what he was building, John explained the situation. Lowe’s donated the materials – over $370! – to the cause. After a few days of building, Michelle and John drove over an hour to deliver the surprise. Caroline was so thankful and she served them lemonade.

The battle to end childhood cancer continues and Gallagher understands that. She hopes to keep the fight funded with delicious drinks for years to come.

“In the spring, I’m going to do some smoothies,” she said with a smile.