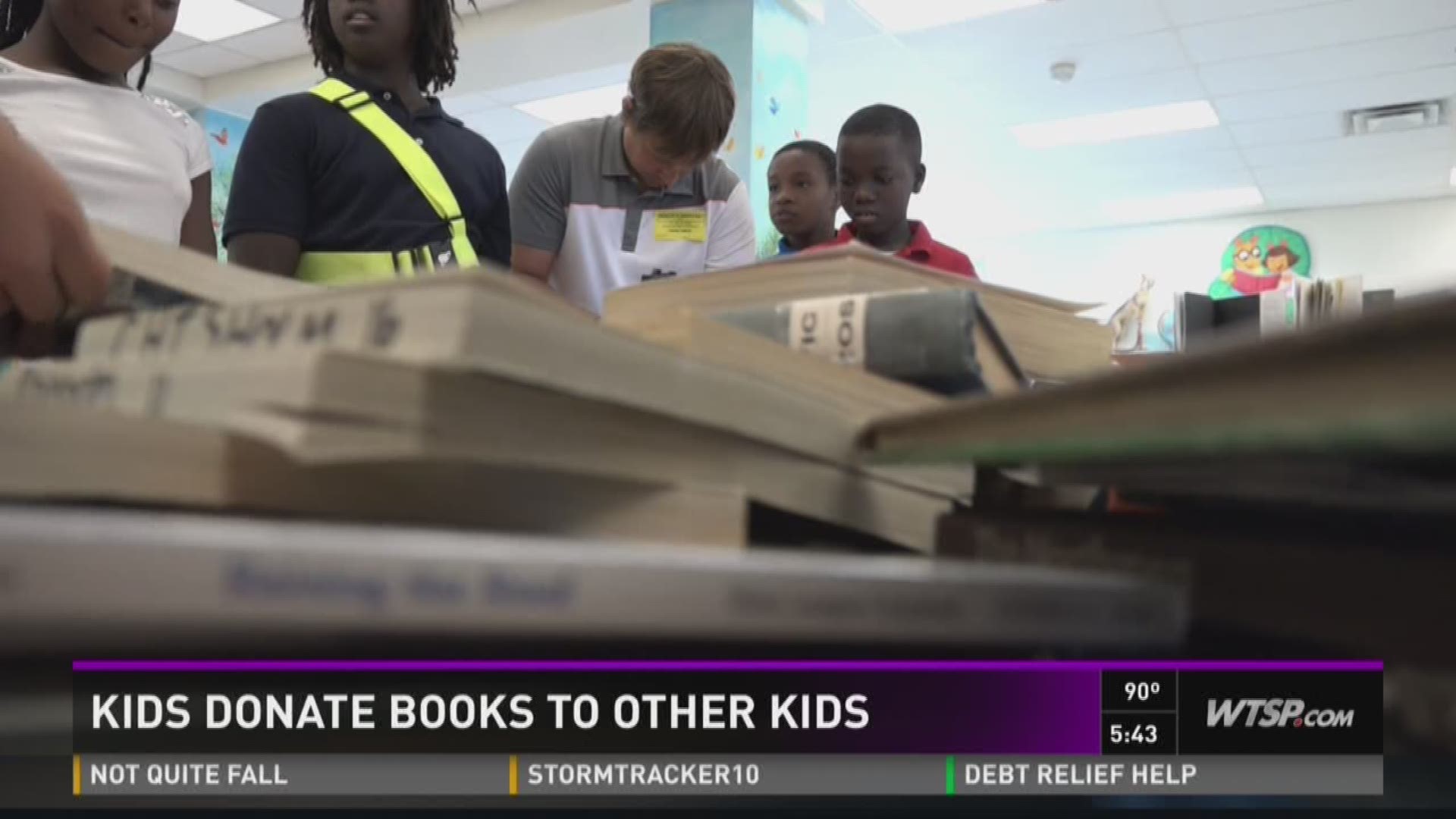 The kids streamed into the library with smiles on their faces and wide eyes. It’s not every day you get something for free in a library.

“I like Harry Potter books because they’re magical. I like magical stuff,” said Chase Hartman with a smile.

Hartman, and his friend Vance Tomasi, walked around the room helping kids at Robles Elementary School pick out a book to keep. The duo collected and donated 1,400 to the kids at the school so that they would be able to experience the love of reading that the friends discovered.

“It takes you on an imagination adventure where anything can happen,” he said.

Robles is a Title 1 school, meaning it receives funds aimed at bridging the gap between low-income students and other students. Many of the kids’ eyes lit up when they got one of Hartman and Tomasi’s books.

“It means that they are very caring and nice and they think about other children and they want other kids to grow up and be something,” said Ivan.

One of his classmates agreed while holding her new paperback.

The boys started collecting books from Tampa-based business 2 Swell Guys. Their goal is to pass out 20,000 books by February.

“Not many people can say they’ve donated 1,400 books to a Title 1 school,” said Tomasi with a smile.