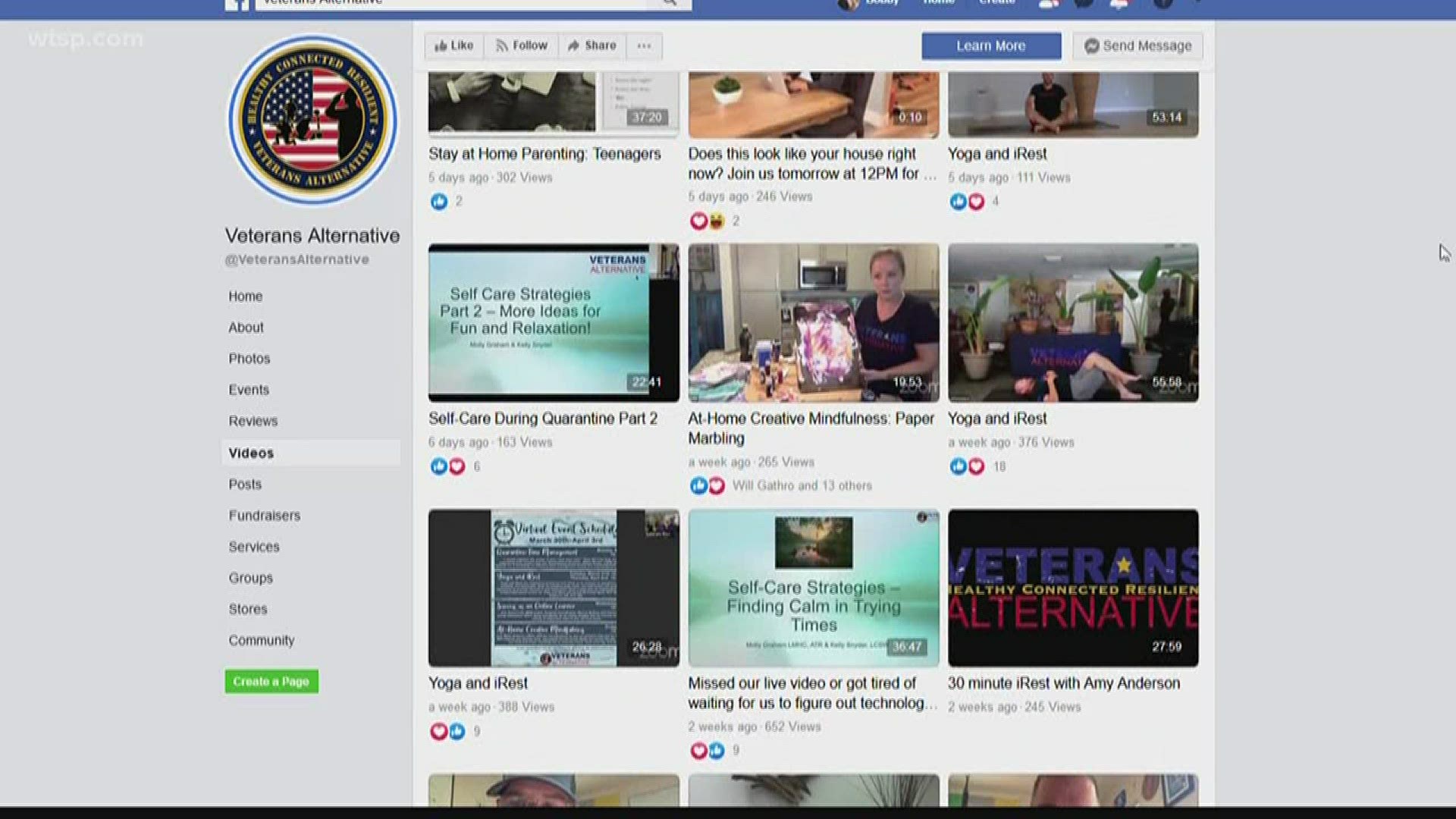 HOLIDAY, Fla. — Brian Anderson started his military career as a journalist sharing stories of soldiers around the world. He was inspired by the events of September 11, 2001. The self-described “military brat” felt a call to service and entered the world of military himself.

After his first deployment, he made the transition from journalist to Special Forces after conversations with Green Berets.

“They got me hook, line and sinker,” he said with a smile. “I did become a Green Beret.”

The results of 33 months combined in Iraq and Afghanistan took its toll mentally on Anderson, who watched five friends die in six months. On September 29, 2010, the same day he lost two friends to war, a book arrived in the mail from his mother, an introduction to social work.

He read it and it changed his life. After leaving the military, he started Veterans Alternative on Memorial Day 2015 to offer fellow veterans a place to feel safe and seek normalcy when attempting to reintegrate back into civilian life.

“What we offer is a place for warriors to get together in a positive environment,” said Anderson, 38. “It’s important for us to focus on community. “We offer services.”

RELATED: Pinellas County to consider reopening parts of beaches for exercise during pandemic

Those services, which include yoga, meditation, physical fitness, counseling, have all been forced online due to coronavirus. On a recent Friday night online video conference, more than two dozen people gathered to catch up on life while living apart.

“That chaos is a hard way to live life,” he said. “We’re all just trying to do our part and it’s an important part. This is a part of our community that we don’t want forgotten and that can easily happen when we’re stuck in a crisis or pandemic… but there are warriors out there who need to feel connected.”

“It’s all about that community being together. For the last few weeks during the coronavirus we haven’t been able to have that atmosphere,” said Anderson.

In addition to programs for veterans recently removed from service, Veteran’s Alternative has also invited Gold Star families to participate in therapy sessions.

“I’m very proud what our community was able to build. We wouldn’t have done this without our partner organizations,” said Anderson. “I’ve had a lot to do with this being the founder and CEO but really I’ve had a lot of people making this happen.”

Here are some of the community partners united with Veterans Alternative in the fight to help local veterans:

“We look to keep on expanding,” said Anderson.