Vincent Smith will live in his new house with his brother, Caleb. 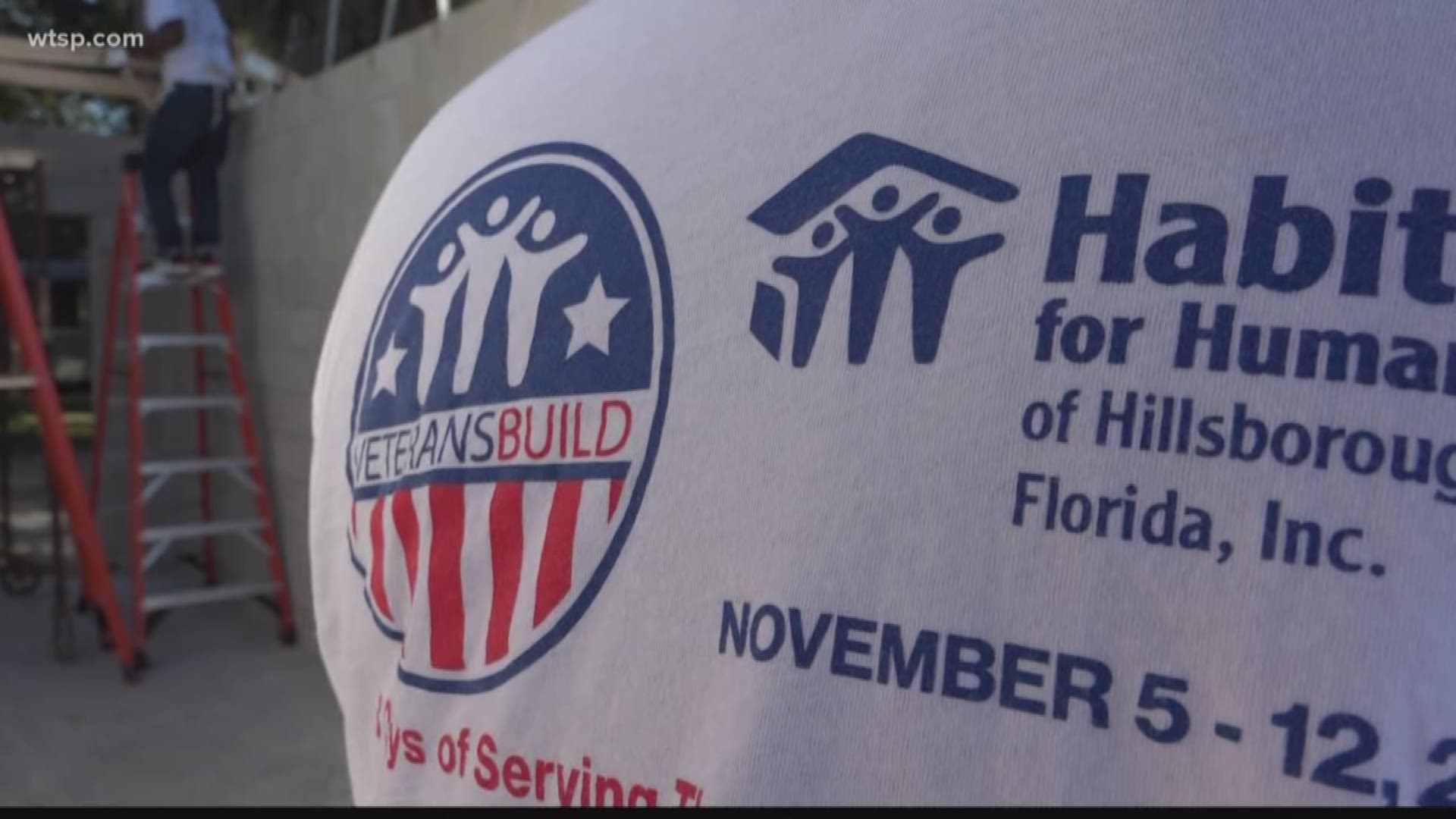 TAMPA, Fla. — Oscar Hills looked across the lawn to the once-vacant lot and wiped sweat from his face. He spent Monday morning helping raise trusses on his new neighbor’s home.

“It’s a good opportunity to do something neighborly,” the Tampa man said. “The beginning of this year, one of my New Year’s resolutions was to do something for affordable housing.”

Hills has lived in his house off-and-on for over two decades. Come January, Vincent Smith and his brother, Caleb, will be just a few feet away.

“It means more when you do it yourself,” said Smith.

High up on a ladder, Smith smiled as he hammered nails into what will become his new home. The Air Force veteran got a helping hand from dozens of Habitat For Humanity Hillsborough volunteers on Day No. 1 of his “Veteran Build”.

“What’s the best home? A Habitat home,” said Nitza Rivera, the Habitat Veterans Initiative Outreach Coordinator who joined the non-profit in 2017. “We have over 90,000 veterans (in Hillsborough County).”

Veterans sprinkled the worksite. Rivera served 23 years in the Army. Jeremy Savell, the site foreman, served in the Navy from 2010 to 2014.

Caleb has dealt with cancer since age 17. Vincent is his only caretaker. This new home will be exactly what they need for smoother days.

“My brother, he has a rare cancer. He had two back surgeries. Six brain surgeries,” explained Smith. “He’s a fighter. He’s a champion, my inspiration.”

It’s a story inspiring the volunteers.

“Typically, it’s the veteran being taken care of; and this time, it’s the other way around,” said Rivera. “Hopefully this will be a forever home for them both.”

Rivera spearheaded the effort for Habitat Hillsborough to develop a program devoted to veterans in our community to help low-income or disabled veteran homeowners with maintaining property needs and helping those who don't own with affordable homeownership opportunities, according to Habitat Hillsborough.

Bill Goede, the Tampa Bay president of Bank Of America, swung a hammer as well on Monday. He and the bank have been involved with supporting veterans through Habitat in a number of ways, including financially. Bank Of America has given $25,000 grants to the nonprofit in each of the last two years. The money is earmarked for veteran-related homes.

“It’s just to say thank you,” said Goede. “We enjoy some amazing freedoms in this country and it’s because of our veterans.”

The house will have a wheelchair ramp in the rear. It will also have a wheelchair accessible roll-in shower. Habitat Hillsborough had not built a home with that feature until this project. Smith is expected to move into the home in January.