The eight-week program aims to improve inmate life and prepare dogs for adoption. 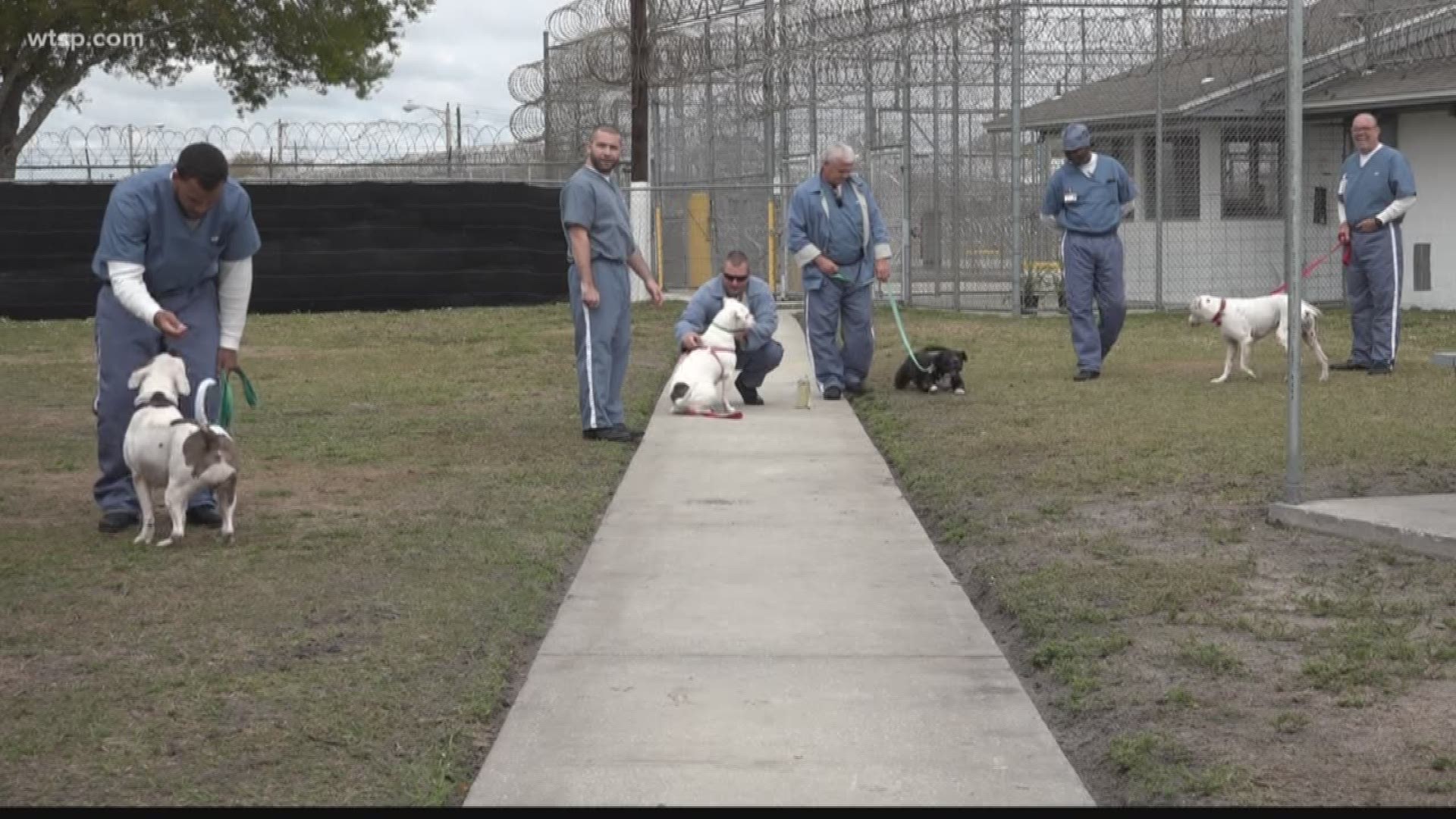 “It’s a blessing, man. It really is,” said the inmate.

Peacock and a dozen fellow prisoners have spent the last two weeks helping train dogs for adoption inside the walls of the Avon Park Correctional Institute. Dressed all in blue, the inmates have had 24-7 contact with the animals, teaching them basic commands like how to sit and stay.

“It has brought a level of excitement here that you can actually feel,” said Jesse German.

The program is called Heel Together Academy and was suggested for APCI by the Highlands County Sheriff’s Office’s Department of Animal Services. For some inmates, the connection to an animal has changed their perspective on life.

“Everybody loves the dogs. Everybody,” said Leroy Schwartz, who had labs and pit bulls growing up.

Many of the inmates grew up with animals. Not having a pet in their life was one of the things they missed the most about being locked up. Some inmates at AVPI haven’t touched a dog in over 20 years.

“It’s been a long time, too, for (inmates) to be around a dog that wasn’t sniffing them for drugs,” said Duane Sparks, who hadn’t touched a dog in 12 years before this January.

“It gives these guys a purpose of something to do and something to focus on maybe at the end of the day when they get out of prison it gives them another career option,” said Highlands County Sheriff Deputy Lt. Clay Kinslow, who oversees the Animal Services program in the county. “We started with five dogs and we want to eventually have a 12-dog program.”

The hope is that the dogs will be released for adoption after the eight-week program. New animals will be added to the program after this first wave graduates.

For the inmates, it will be a bittersweet goodbye.