Former addicts and homeless are finding employment as mechanics with the newly-opened Herchanics shop in St. Pete. 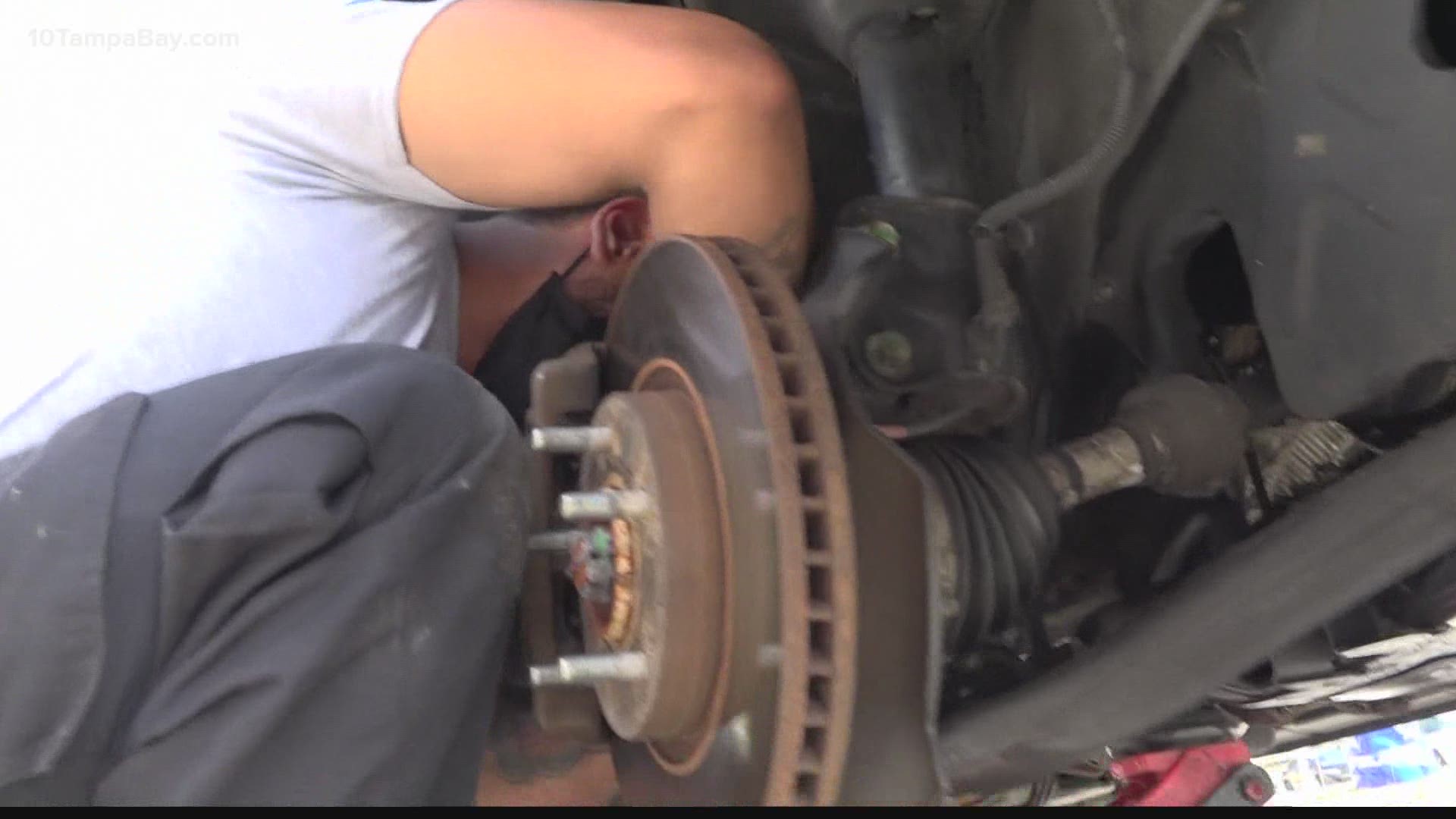 ST. PETERSBURG, Fla. — The idea for Herchanics came to Chris Ortiz while he was in the shower. The chance to fight stigmas in the industry was too good to pass up.

“We never thought we’d be in the mechanic business,” said manager Dave Kreitmeyer. “I knew where the gas pedal was. That’s about it.”

The duo hired a bunch of people who did know their way around cars. Then they went to work trying to find a way to distinguish themselves from other shops in the area. They settled on fighting the stigma of women being taken advantage of at the auto shop.

And that's how Herchanics was born.

“We kind of all put our heads together and figure out what we can do to be different and dispel that preconceived notion and stigma that a woman has when she takes her car to the shop, that she’s going to get sold a bunch of unnecessary repairs and taken advantage of,” Kreitmeyer said.

They are fighting that stigma by going the extra mile to make the shop welcoming and comforting for women. Not only that, Herchanics is not just aiming to fix cars. It’s aiming to restore people, all while giving them an opportunity to get their hands dirty.

“(We’re) pretty much family,” said Fernando Rivera as he worked on removing lug nuts. “It doesn’t get any better than that.”

Rivera, just like Ortiz and Kreitmeyer, has overcome life struggles. Many of the people working at Herchanics are recovering drug addicts or previously homeless. Like the cars they’re fixing, they just wanted a life tune-up.

Ortiz, who recovered from opioid addiction, founded St. Pete City Refuge 15 years ago as a way to help people like himself find sure footing after addiction.

According to its online registration, it is a:

“transitional housing program for ex-offenders, those in recovery from addiction, homeless, and open to anyone in need of a shelter. Their purpose is to assist individuals in the transition to becoming independent by providing them with the resources available to them. The residents will receive the tools necessary to overcome and have a better quality of life.”

When it came time to start up Herchanics, which is located at the corner of Haines Road and 28th Street in St. Petersburg, adding a roster of employees who understand what it’s like to work to overcome their past and ensure a brighter future was paramount.

Kreitmeyer was previously homeless. He was part of the group that acquired the crumbling auto body shop in early January. After five weeks of work, it looks fresh and inviting.

The restoration of the building and business mirrors the restoration attempt for the people working at Herchanics. Everyone is going through or has gone through something, Rivera said. And there is no shame in it.

Just having the chance to keep improving in an environment like the one blooming at Herchanics is exciting for all.

“Just like a woman bringing her car to the shop as a statement as to her addiction and homelessness has a stigma attached to it as well so to be able to come here and work with a bunch of guys were going through a similar path as myself, people are coming to the shop customers, guests, that’s huge,” said Kreitmeyer.

The grand opening is Saturday afternoon from 1 p.m. to 4 p.m. There will be free food and live music. The address is 5700 Haines Road in St. Petersburg.