Sean Griffith has been raising funds and awareness for a child fighting a rare disease. 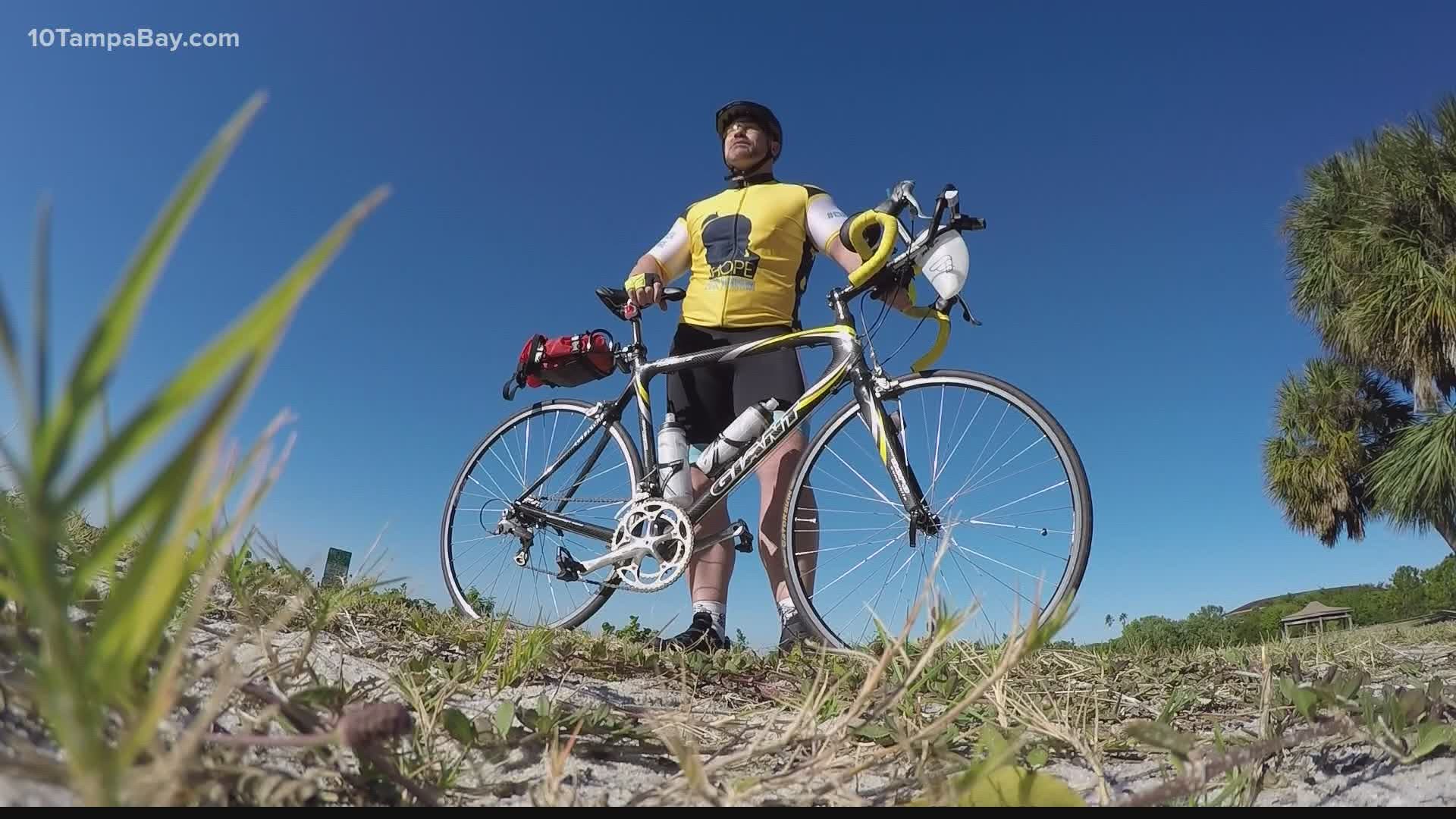 ST. PETERSBURG, Fla. — Sean Griffith has been on a crusade for years to raise as much money and awareness for a child who lives on the other side of the country. The St. Petersburg nurse will stop at nothing to help Marian McGlocklin.

In 2017, Griffith rode his bicycle across Florida, over 200 miles, and made stops at local hospitals to implore staffs there to take the No Pucker Challenge. The idea was the lick a lemon and try not to pucker, then post a photo of you eating the fruit online.

It was a social media craze at the time and a matching acronym, N-P-C, for Marian’s condition called Niemann-Pick Type C, which is a rare and fatal form of childhood Alzheimer’s. It is found in approximately 1 in every 100,000 births. There is no cure. It will destroy the patient’s ability to eat, walk, speak, and learn. The diagnosis was devastating for Marian’s family.

“We couldn’t be more grateful and moved by the amazing effort Sean is making to help fight for Marian’s life,” said her mother, Sara.

Marian has shown signs of progress thanks to medicines and therapy. Griffith has no children of his own. Instead, he has spent much of his time connecting with and advocating for kids like Marian.

“She gives me inspiration,” said Griffith. “She gives me that little boost to push forward when I have struggles in life.”

Griffith has raised over $10,000 since his ride in 2017. He still rides around 50 miles per month. That money has been given to help fund research in the fight to learn more about N-P-C. It’s something Griffith is extremely proud of.

“We obviously wanted to raise a lot more but the awareness is what really hit home and that’s what I’m going to continue to do,” he said. “$10,000 is a lot of money.”

He’ll continue raising money for Marian and other children fighting the disease. Hope For Marian is a 501(c)(3) medical research charitable foundation intent on advancing a cure for Niemann Pick Type C. It was established to bring awareness to the evils of N-P-C.