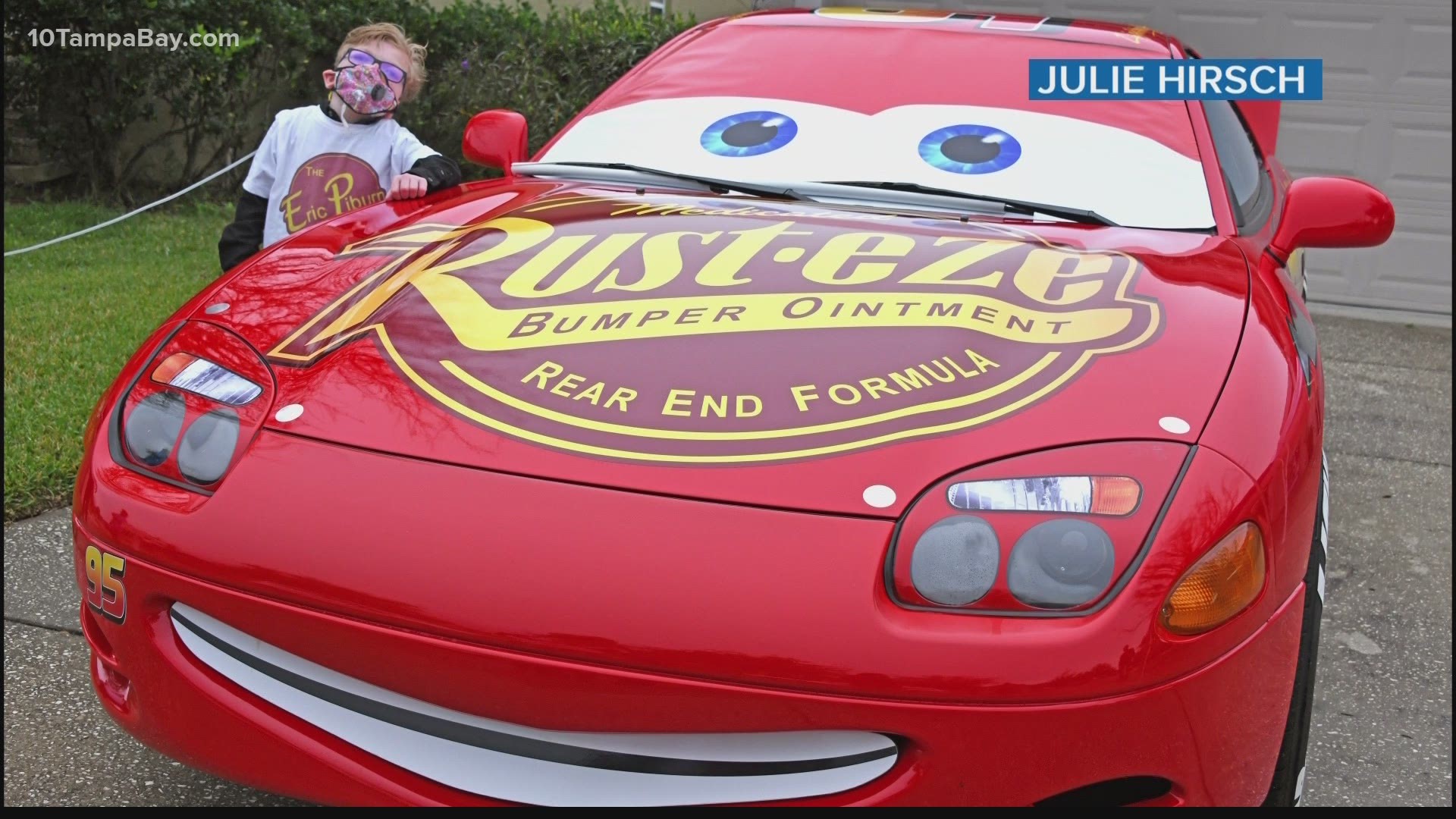 TAMPA, Fla — Eric Piburn turned 14 on Dec. 30 and finally got a special celebration on Sunday.

"It was amazing. I had a blast,” said the teen. “I was going in cars, going on rides. I was having fun, getting crazy, getting loose. Just having a ball.”

Over 200 cars, including the Pasco County Fire Rescue, made the trip past the teenager’s house to celebrate a kid who never gives up. People dressed in costumes from popular movies waved to the child as he smiled on the curb. Lamborghinis and Ferraris parked just nearby. There were even two cars decorated like Eric’s favorite movie character, Lightning McQueen.

“Lightning McQueen is my favorite!” he said on Tuesday.

Eric has been dealing with difficult medical realities his entire life. He needs a heart and double-lung transplant. His food and water intake is highly monitored. He spent nearly every month of 2020 in the hospital. Doctors told the family that there is not much more they can do to help Eric medically.

The community knows there’s still plenty to do emotionally.

“I know from talking to the people that were there that day it has brought them just as much joy watching him live through it,” said Randi, his mother.

The Piburn family is in the process of starting the Eric Piburn Foundation, which will raise money to provide toys for kids on their birthdays.

“It’s basically the way we are going to continue Eric’s legacy after he’s gone,” said Randi.

Eric’s family will sell t-shirts to raise money for the foundation. The back will read his motto: “Every kid deserves a toy on their birthday and every toy deserves a kid to play with.”

Eric says he wants his legacy to be about giving and making kids smile. The Piburns will take a family trip to the beach on Wednesday for the first time.