Strangers team up to replace stolen basketball hoop and end up providing a refrigerator, too 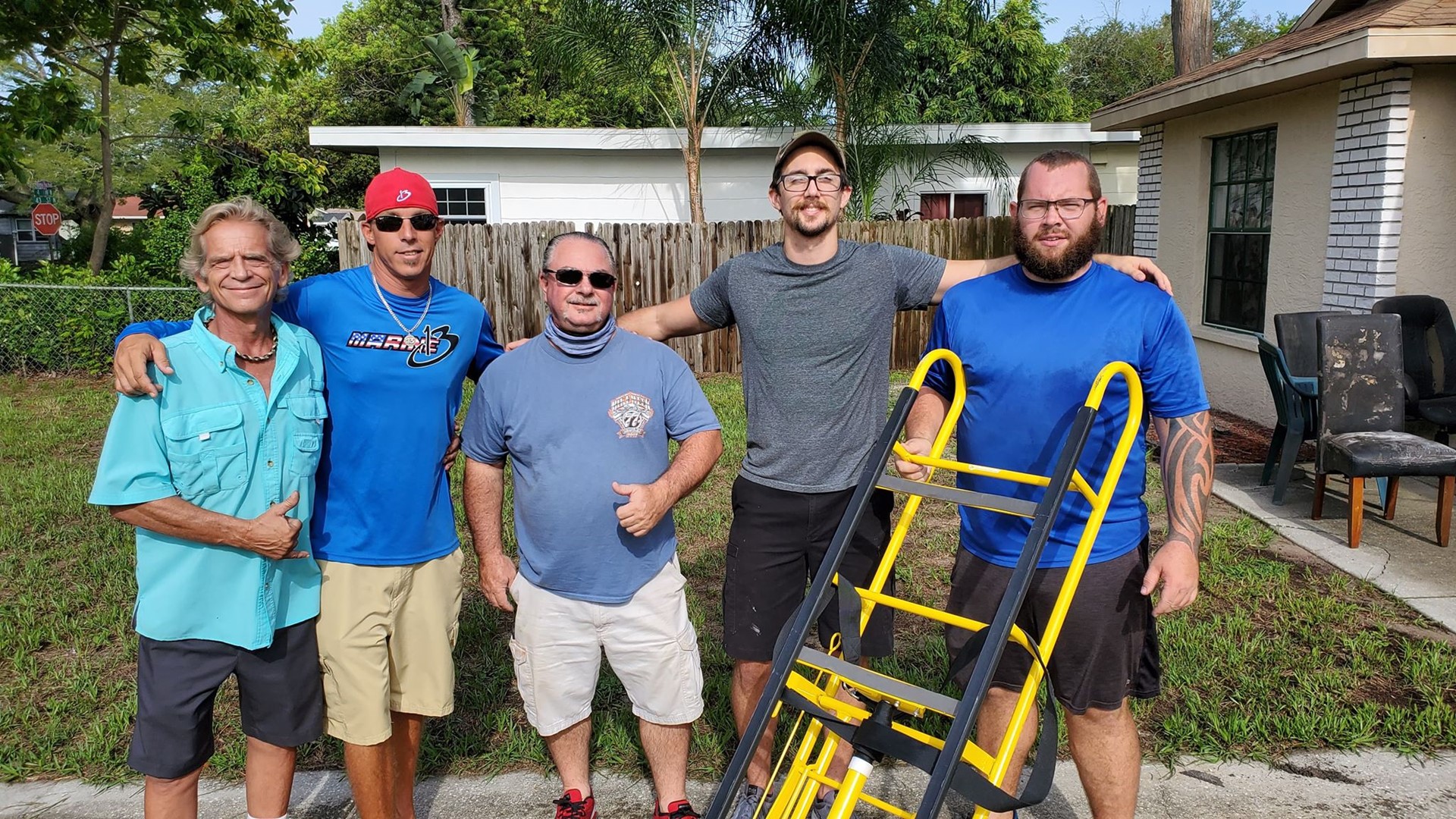 ST. PETERSBURG, Fla. — Steve DiMarco half-jokingly boasted that he was the owner of the driveway record for consecutive made free throws in his home. He once sunk nine straight shots.

Some good memories were made on the hoop over the years with his son. But, it eventually sat unused in the driveway.

“We’d go out and use it for five minutes a year,” he said.

It was no surprise, then, when he saw Stan Arthur's plea on the ‘I Love St. Pete’ Facebook page for a hoop to replace one that was stolen, that DiMarco jumped at the chance to give.

Arthur, who started the ‘I Love St. Pete’ page back in 2009, has amassed nearly 60,000 followers online. Initially, he was reluctant to ask that community to get involved physically in other’s real-world problems. Until a few months ago, the Facebook page was generally only used to offer advice for things like places to eat, reliable local businesses or the occasional photo of a stunning St. Pete sunset.

Then, Arthur decided to take a chance on getting answers to group member’s problems from other members themselves.

When Arthur got a message from a man whose hoop was stolen, he knew someone on his page would come through. Not only did DiMarco step up with a hoop in just a few minutes, but Mark Jenkins offered to use his company’s truck and trailer to deliver that donated hoop.

The net on DiMarco’s hoop was deteriorated. A Facebook post by Arthur found a heavy-duty one in Pinellas Point from a guy named Ed Mellow. A short drive later, Arthur was stringing the brand new net on the used hoop.

Jenkins, who owns Concrete On Call, credits his giving spirit to the lessons instilled in him by his adoptive parents. He met up with Arthur and DiMarco to deliver the hoop.

Once there, the trio learned there was an even bigger need. The man whose hoop was stolen had been living without a working refrigerator for three weeks.

“You never know unless you ask,” said Arthur.

Three people offered to give away a fridge, which was delivered on Saturday, July 25 by another group member, Parris Moving & Junk Removal.

The three men were strangers before. Now, they are buddies. Although there are no plans for them to meet up and shoot some hoops together anytime soon, they do hope to continue making a difference in the community that they have come to know and love so much.

“It’s a really good feeling,” said Jenkins. “It’s a good feeling to be able to help somebody and pay it forward because you never know when you’ll be the one on the receiving end.”

Earlier in the summer, Arthur’s page helped Lisa Vasquez get a new car after hers was taken away.

The ‘I Love St. Pete’ Facebook page is open to anyone living in the city.