Eunice Kennedy Shriver would have turned 99 this month. 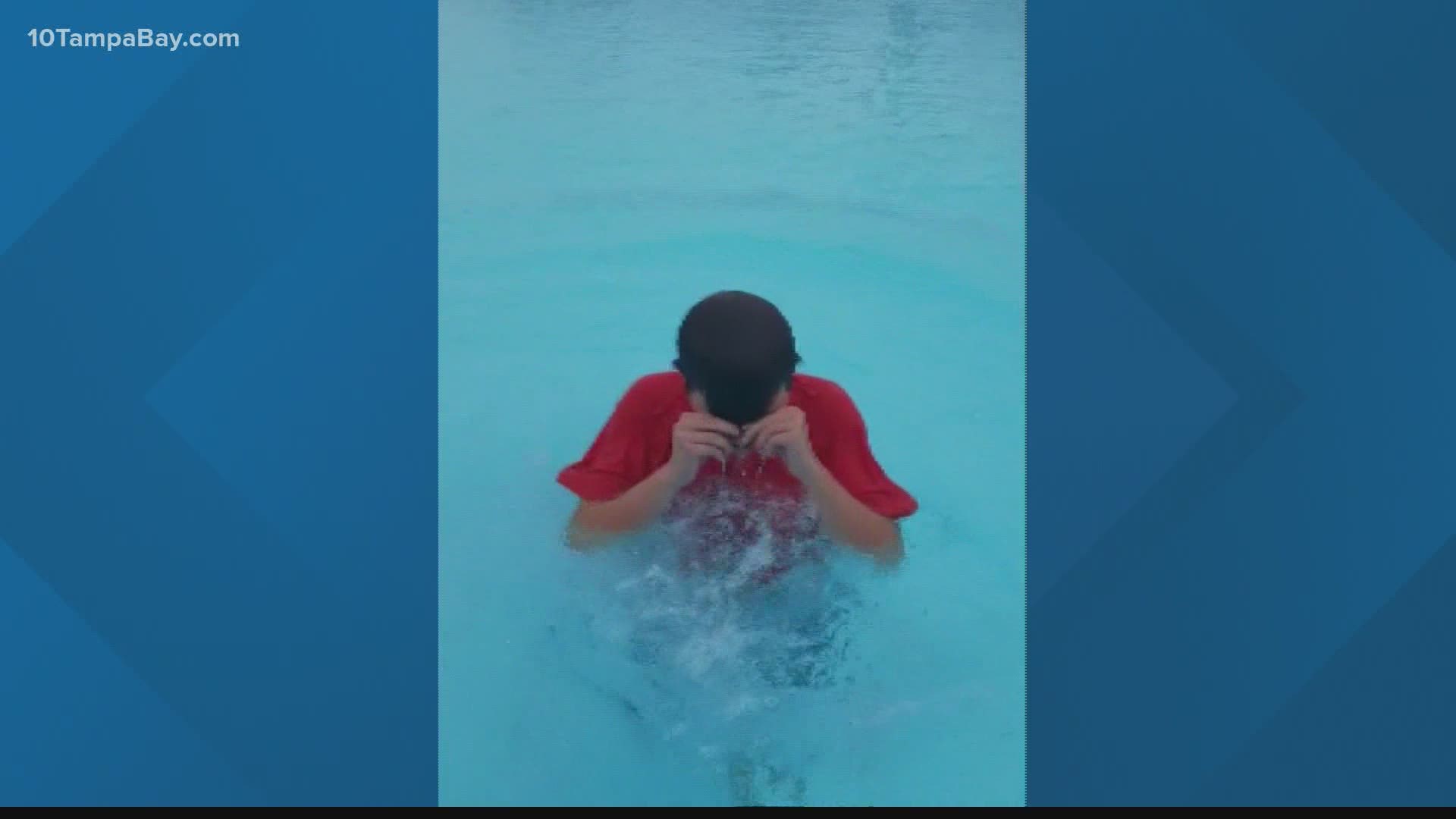 CLEARWATER, Fla. — Jacob Sare smiled when asked about his accomplishments on the field of play during his two decades of Special Olympics competition.

“Bowling, basketball, and bocce and I am a gold medalist in all of them except for bowling,” he said.

Jacob Sare, 29, lives in Clearwater. He’s a Special Olympics athlete who recently recorded a special message for other athletes in the Sunshine State after doing a jump into a swimming pool.

“I have conquered the plunge at home challenge to support Special Olympics Florida,” he said. “Now it’s your turn.”

Special Olympics Florida (SOFL) honored a monumental birthday on July 10 for their founder, Eunice Kennedy Shriver. SOFL athletes, volunteers and supporters have celebrated her birthday during a month-long challenge: Complete 99 virtual polar plunges to raise money for the organization to continue Eunice’s mission to promote inclusion and opportunities for people with intellectual disabilities.

“Everyone in Special Olympics are phenomenal. It’s like a family atmosphere,” said Sare, explaining why he loves the organization.

RELATED: Strangers team up to replace stolen basketball hoop and end up providing a refrigerator, too

Jacob has permanent brain damage caused by lesions on his brain.

“He is one of the smartest people I know with a heart of gold and a deep relationship with God,” his mother wrote on her blog from February.

Special Olympics has been a constant source of happiness in his life.

“They listen to you. They respect what you say,” he said. “I wouldn’t trade it for anything. It’s the one thing I would definitely have in my life”

Eunice Kennedy Shriver had a sister, Rosemary, who had an intellectual disability. She and Rosemary grew up playing sports together and with their family. The sisters swam, they sailed, they skied, they played football together. But in those days, there were limited programs and options for someone like Rosemary. Shriver went on to become an athlete in college. She began to see that sports could be a common ground to unite people from all walks of life.

Sare is an Athlete Leader and also a Health Messenger for SOFL.

“Because of Special Olympics, people outside are starting to respect people like me,” he said. “It’s just phenomenal what they’ve done. All the hard work.”

SOFL says many of its events and fundraisers have gone virtual to continue to engage and motivate their audience, the Annual Polar Plunge is no exception. According to SOFL, the 99 Plunge Challenge can take place at home and be as creative as taking a cold shower, filling a bathtub with ice cubes, jumping into a pool, plunging into the waves at the beach, or by running through a sprinkler. The most important aspect is to have fun and raise awareness for SOFL.

Special Olympics has been a staple in Florida for decades. Former Tampa Bay Buccaneers star Mike Alstott has hosted annual bowling events for kids with special needs through the Mike Alstott Family Foundation. Alstott was just granted the Community Hero distinction by the Tampa Bay Lightning.