Jacques Hakim has taught business classes at SPC in Tarpon Springs for 11 years. He remembers not having shoes as a kid and doesn't want that for Pasco County kids. 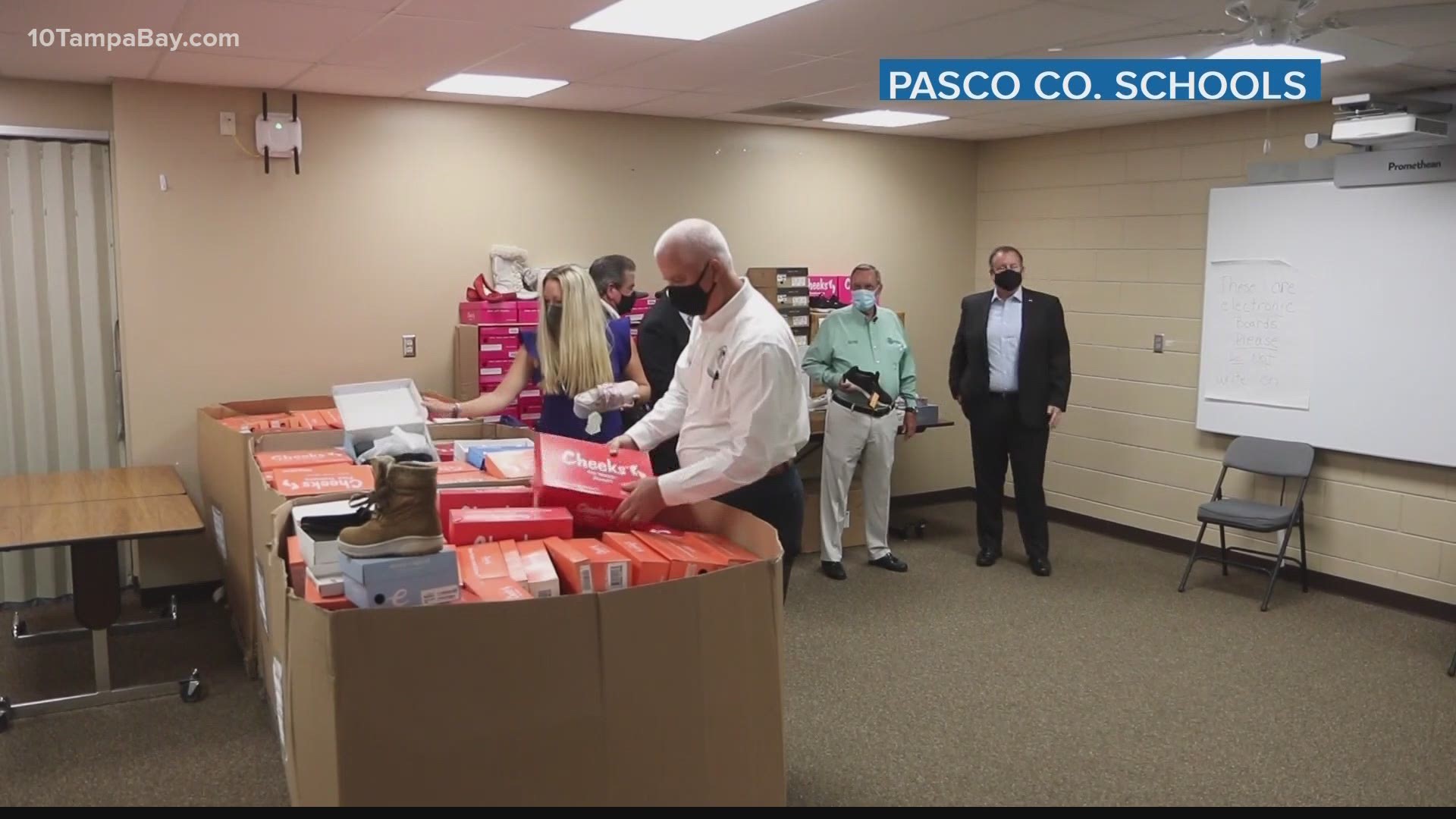 TARPON SPRINGS, Fla. — Professor Jacques Hakim remembers how infrequently he was gifted a pair of new shoes as a child.

Growing up in Lebanon, new footwear was not common in his family.

“Growing up, I know what it meant to have a brand new shoe,” he said. “As a kid growing up, when I got new shoes I could run faster. I could jump higher. It really made me self-motivated.”

He’s never forgotten then. Upon arriving in the United States at age 18, Hakim went to work. He began a career and worked his way up the corporate ladder. He eventually started his own clothing business, www.GoSass.com. His hard work afforded him the opportunity to give kids what he rarely had as a child.

“One of the things I wanted to do was have a real nice impact before school starts,” he said. “I did 250 shoes last year and I promised to double that.”

In late August, Hakim, who has served as a professor at the Tarpon Springs campus of St. Petersburg College for 11 years, gave 500 pairs of shoes to representatives from Pasco County Schools. Those shoes will be distributed to children through the help of social workers.

County Commissioner Mike Wells was in attendance along with Rep. Gus Bilirakis, Pasco County Schools Superintendent Kurt Browning and FBI Tampa representatives. The school district put together a video of the event.

“We didn’t know that we grew up poor. My parents didn’t let us feel that way,” he said.

“We see it every day,” Hakim said.

Those kids compel the family to make donations like the one from August. He’s also given clothes and toys to kids in past donations. His goal is to pick the “right kids” who understand that someday it will be their turn to pay it forward and bless others in need.

“One of the things I wanted to do was reach out to the right kids to make sure that they understand that one day they are going to be in my position to be able to give those kids who are in need. This is what it’s all about," he said.