The nine-foot letters spelling out H-O-P-E will be cracked open in about 20 years. 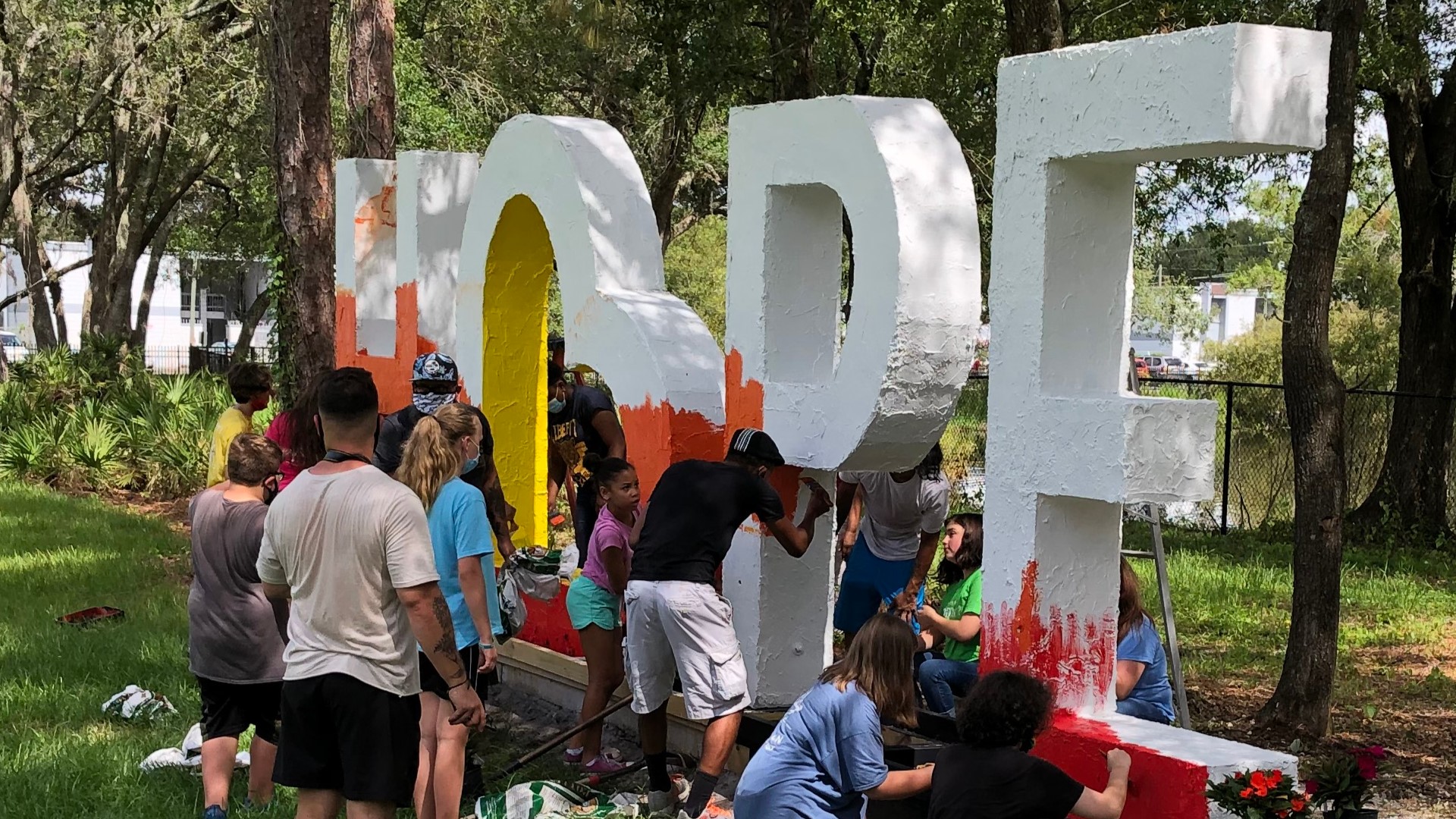 TAMPA, Fla. — The bright letters drew a crowd to the fence surrounding Harvest Hope Park in Tampa Monday morning. Nine feet tall and bright red, orange, and yellow made the H-O-P-E stand out.

“It kind of reminds me of fire,” said Danielle Care, one of the teenage volunteer painters who spent over an hour adding color to the newly erected sculpture.

Junior Polo has been working on this project for weeks.

In late May, he was eager to see the piece completed.

“We want people from this generation right now to inspire others,” he said then.

Today, seeing the finishing touches added to the sculpture, he felt even more strongly about the message it sends to the community.

RELATED: Tampa artist spelling out H-O-P-E to inspire others

The four letters are a combination of wood frame and Bondo putty. The “O” is replaced with a heart shape and filled with letters from the community expressing their “hopes for the future.” Students from the Prodigy community program helped paint the letters.

“When you’re down, it’s hard to see the ups,” said Erica Nelson, the deputy director of Harvest Hope Park who oversaw the construction of the HOPE build. She expects the sculpture to be cracked open within 20 years so the community can read the words on those letters and be reminded of how it survived the difficult moments brought on by a pandemic and social unrest in 2020.

“Hope is harder to find nowadays with so much darkness in the world. I think that the community needs a little bit of hope,” she added.

Polo, who moved to the United States from Haiti in 2007 to attend the University of South Florida, is thankful his vision has come together so smoothly. He also worked on similar statues in the area, including one that reads LOVE in large letters.

“I think this is one of the most amazing things that we did for this community,” he said with a smile.

The sculpture is on display at Harvest Hope Park at 13704 North 20th Street in Tampa.

It’s part of the University Area CDC’s commitment to making the Tampa neighborhood more beautiful. UACDC already has added outdoor recreation areas to the park grounds, including a fishing area and playground.