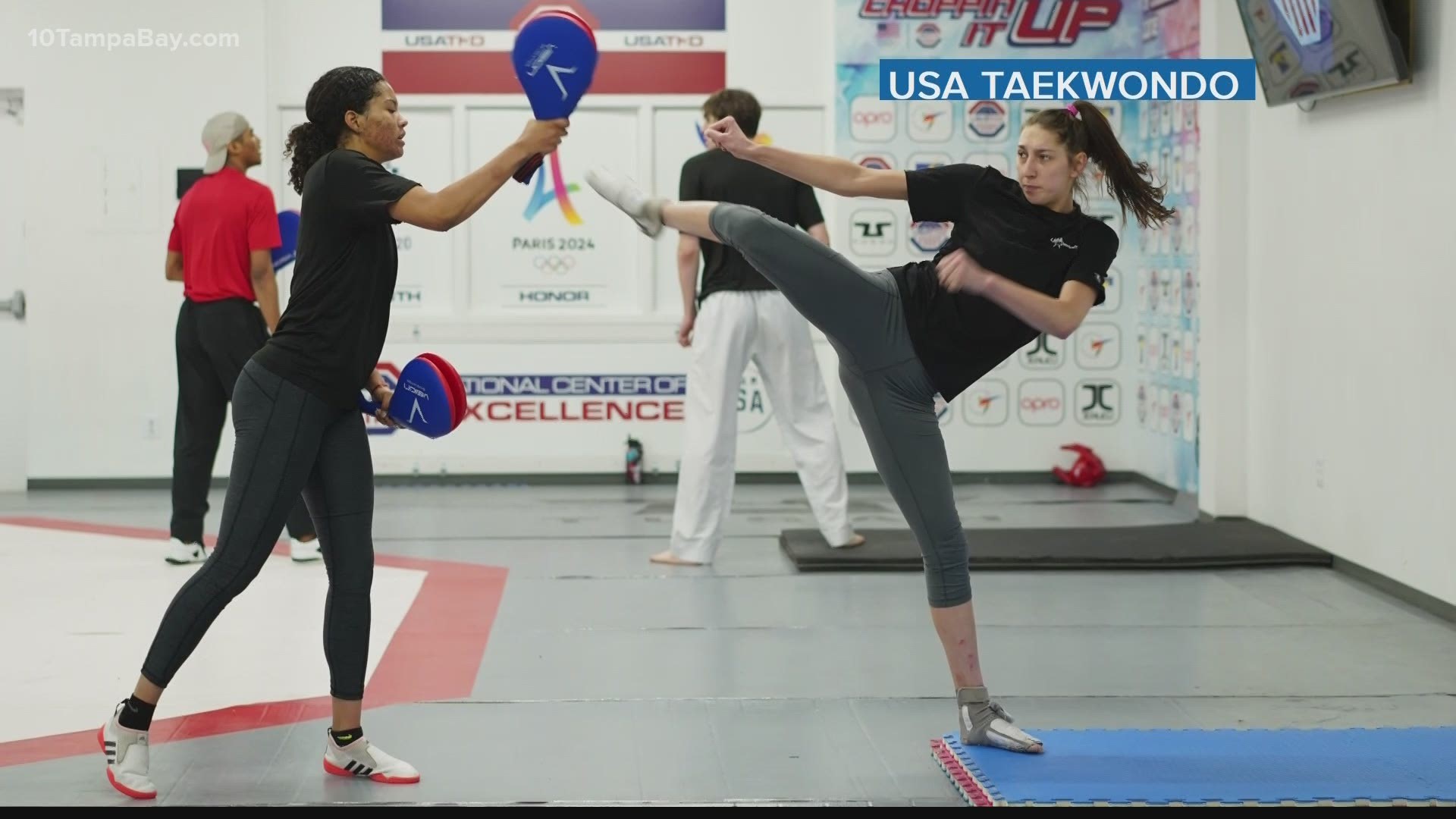 LARGO, Fla. — Ana Zolotic remembers the moment she heard the 2020 Olympics in Tokyo would be postponed due to the COVID-19 pandemic.

“I did cry as soon as I heard, probably for like two or three days,” the teenager said. “I didn’t want to come out of my room.”

The Largo native took up taekwondo at the age of five and started winning tournaments shortly thereafter. She’s won six U.S. Opens as a junior and senior fighter, including one in February 2020, in Orlando. She qualified for the Team USA Olympics a month later at a competition in Costa Rica before hearing the news that the Games were postponed.

“I always was telling everybody, ‘Yeah, I’m going to the Olympics’. Always. Whether it was in taekwondo or something else. I was always going to end up at the Olympics because that’s what I wanted,” Zolotic said.

It turned out to be a blessing for her as a fighter. Zolotic was competing with a nagging injury. The delay gave her more time to train and prepare for the Olympic stage.

The capital city of Japan is over 7,200 miles traveling east from her hometown. She’s training in Colorado Springs since moving there last year.

“We started doing taekwondo as an afterschool program and we chose taekwondo because my dad, he used to do it when he was a kid,” she explained. “We’re punching each other kicking each other. I love it. I think, just the pain and the pain you cause other people, it’s just a lot of fun.”

The Olympics in Tokyo was originally scheduled for July 24, 2020, but was postponed until July 23, 2021. It’s expected to go on as newly scheduled.

If the Games go on, Zolotic wants to be on the “top of the podium”.

“I expect a lot from myself,” she said.