Michael Vahl grew up a Dodgers fan. When he got the call from Rays Cy Young award-winning ace Blake Snell, he couldn't wait to get to work on a custom mural. 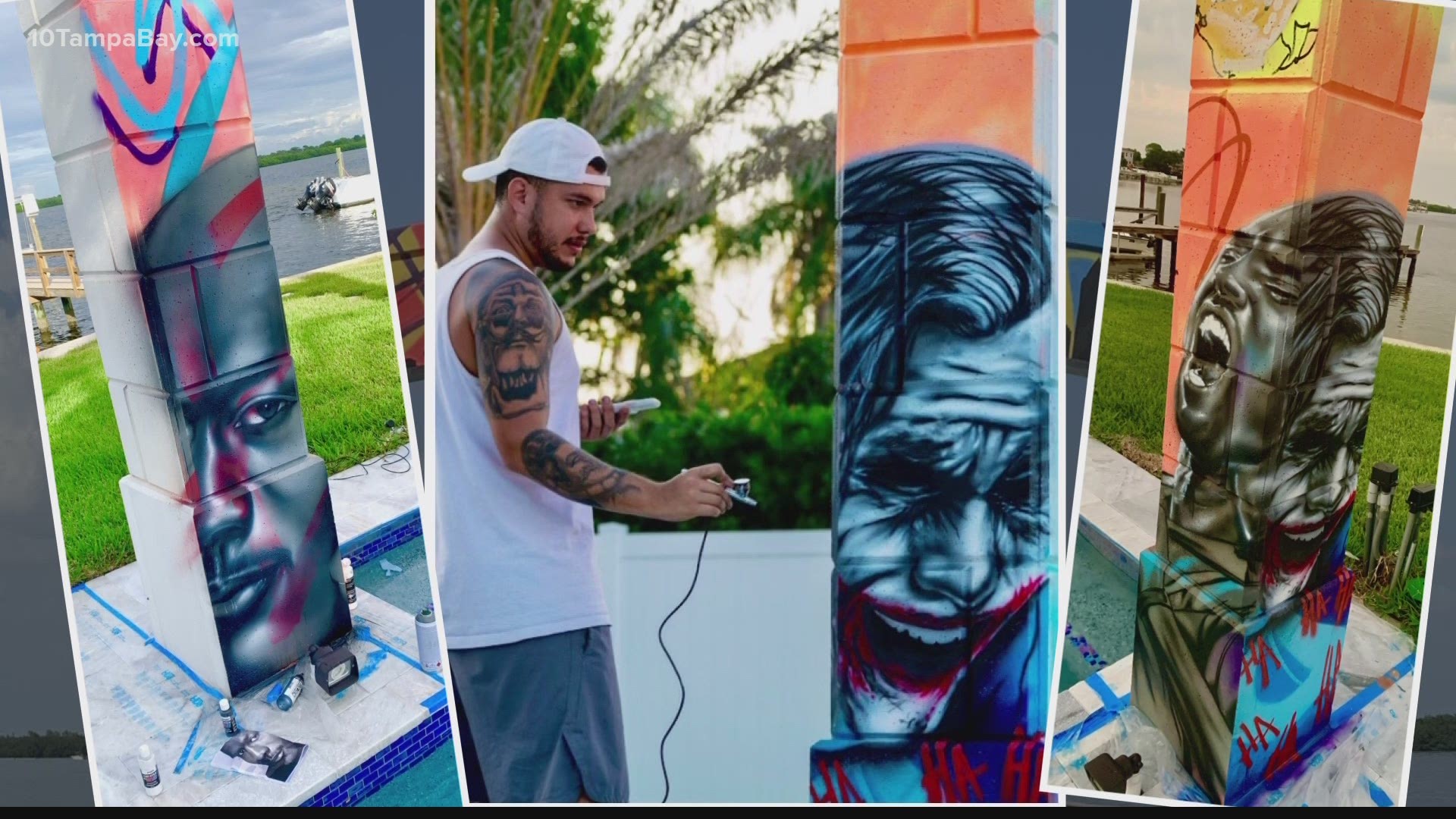 TAMPA, Fla. — Michael Vahl feels like he has always been an artist. The 29-year-old California transplant has been adding color to the Tampa Bay area since arriving in the Sunshine State.

His favorite medium is spray paint, but he dabbles in canvas art as well. He’s been painting professionally since 2015. His latest client kept him close to home.

“It was pretty surreal,” Vahl said of getting a call from Tampa Bay Rays star Blake Snell.

The Rays’ Cy Young award-winning pitcher wanted some flare on the arch extending over his backyard pool. He asked Vahl to put his personal style on the hurler’s home.

Snell initially heard of Vahl because of Vahl’s work at another pitcher’s house, Marcus Stroman of the New York Mets. The artwork Snell requested features spray-painted portraits of famous athletes like Kobe Bryant and Michael Jordan, along with iconic movie characters like the Joker from "Batman."

“We’re going to be Ken Griffey Jr. on there and Post Malone and a few others,” he said. “It’s almost done.”

Snell is not the first professional athlete to hire Vahl. He created a black and white mural similar to Snell’s in the home of running back Christian McCaffrey. The NFL star shared photos of the art with his 1.4 million Instagram followers.

“Yeah, that one was interesting. It was a month and I half of nonstop work and I was very proud of that one when I finished it,” he said.

Vahl has built a nice following on his own Instagram page. Photos of him with other celebrities draw attention, including shots with clients from the Houston Astros

“I just want to be able to make people happy and keep going with it, you know? I’ve always dreamed of doing it and finally doing it I can’t complain I feel very blessed.”

But the Snell project has quickly become one of his favorites. It will glow in the dark because it was created using fluorescent paint. Vahl grew up a big Los Angeles Dodgers can but has semi-adopted the Rays as well.

“It’s one of my more intricate ones as far as detail and it’s a special one,” he said of the Snell project.

Vahl’s art inspiration is Salvador Dali. He has a tattoo of the painter on his shoulder and has even created Dali portraits for a museum in California.