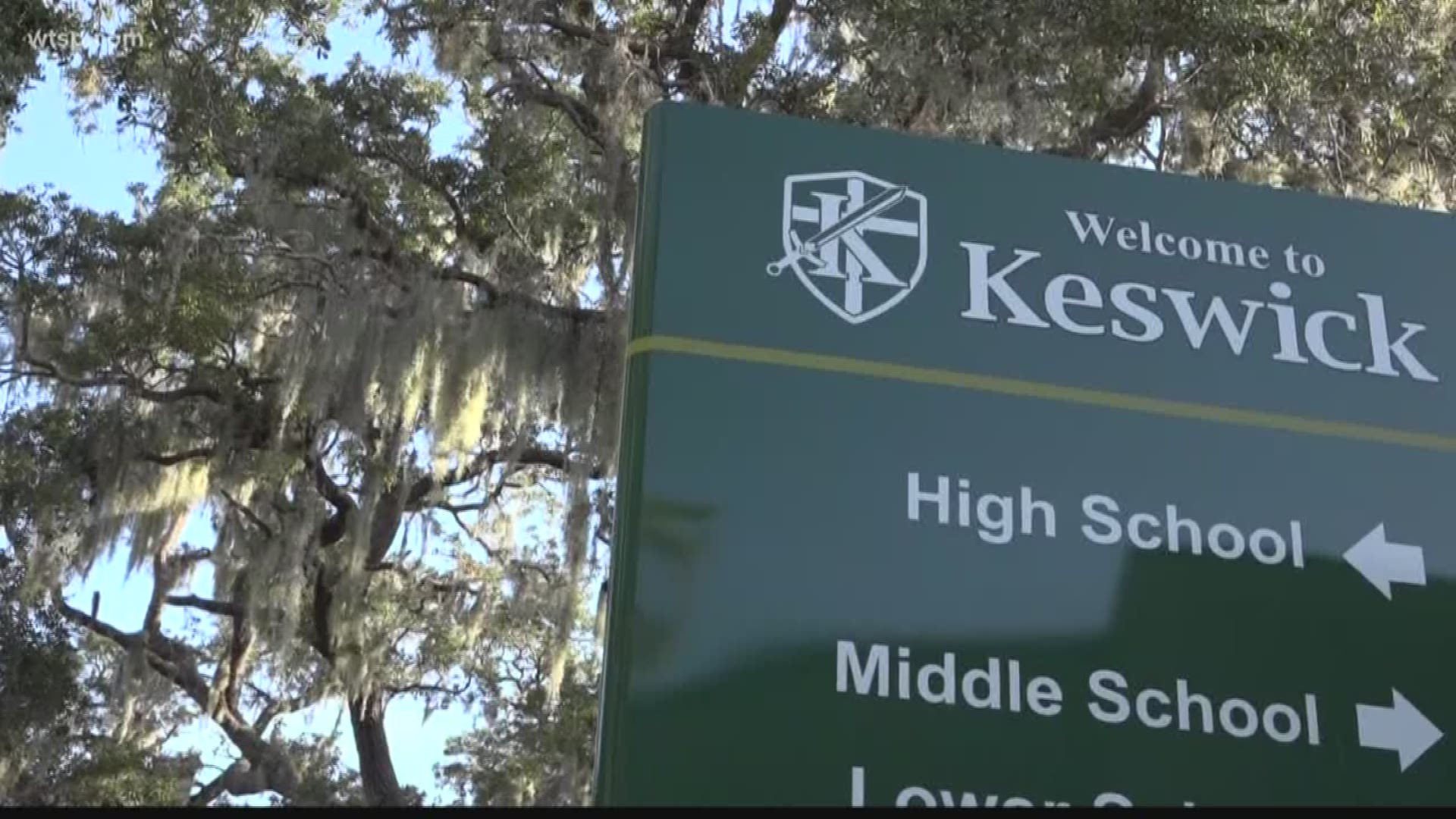 That didn’t make the moment any less exhilarating.

“We were jumping up and down,” said Keswick sophomore volleyball player Sydney Jackwin. “We all had signs that said ‘500’.”

In the middle of the post-game, coach Karrmayne King wore a smile almost as wide as her players. The win, a decisive 3-0 victory, was the 500th of her volleyball coaching career. It’s a milestone shared by many players throughout the decades.

“It was a fun atmosphere to be in. We were playing for the team and not for ourselves,” said Jackwin. “We were getting her 500th win no matter what this season.”

King’s siblings attended Keswick Christian School. She joined the staff immediately out of college in the 1985-86 school year after attending Liberty University. The nearby Seminole High School alum began coaching the Crusaders girl’s basketball, volleyball, and softball teams soon after.

“God’s timing. There was an opening here,” she said just a few days before notching victory No. 500. “I really feel like this is where the Lord wants me to be.”

King’s volleyball accomplishment is mirrored by her success on the basketball court. She won her 500th game in that sport in December 2015.

Over the years, it’s the players who have gained the most from the victories.

“Ever since I was young Coach King, the players have always been there for me,” said Jakara Akins, who was a member of both of King’s 500-win milestones. “That’s probably the best game we’ve ever played as a team.”

King is as humble as they come. Her winning ways are secondary. Her focus has always been about producing quality young adults, not raising banners or winning trophies.

“It’s all about building champions, not championships. It’s the winners, not the wins,” she said.

Still, she’s had major success on the courts. It’s hard to say how many Florida high school coaches have won 500 games in multiple sports. The FHSAA does not keep records for regular-season wins and relies on the schools to tally those victories.

A spokesperson said on Thursday that it’s highly unlikely many men or women have eclipsed 500 victories in more than one sport at the same school.

“She's so deserving of 500 wins,” said senior Rylee Hannon. “She plays a huge role here and I don’ think the school would be the same without her.”

A Sports Spectrum magazine article, written after win no. 499, highlighted King’s accomplishments, which include five trips to the state Final Four in basketball and a pair of trips in volleyball. King’s teams have never won a championship, but her 1999 volleyball squad made it to the title game.

Her fellow coaches voted her Coach of the Year by Pinellas County in 2018. She’ll step down from her position as volleyball coach at the end of the 2019 season, but will continue to coach basketball as well as serve as the Keswick athletic director.

RELATED: St. Pete woman hits goal of 1,000 showers for people who are homeless

RELATED: This golf course is a century old. He's been playing there almost since the beginning.