With the eyes of the world on competition in Tokyo, some youth athletes from Florida will compete on an international stage of their own this weekend in Texas. 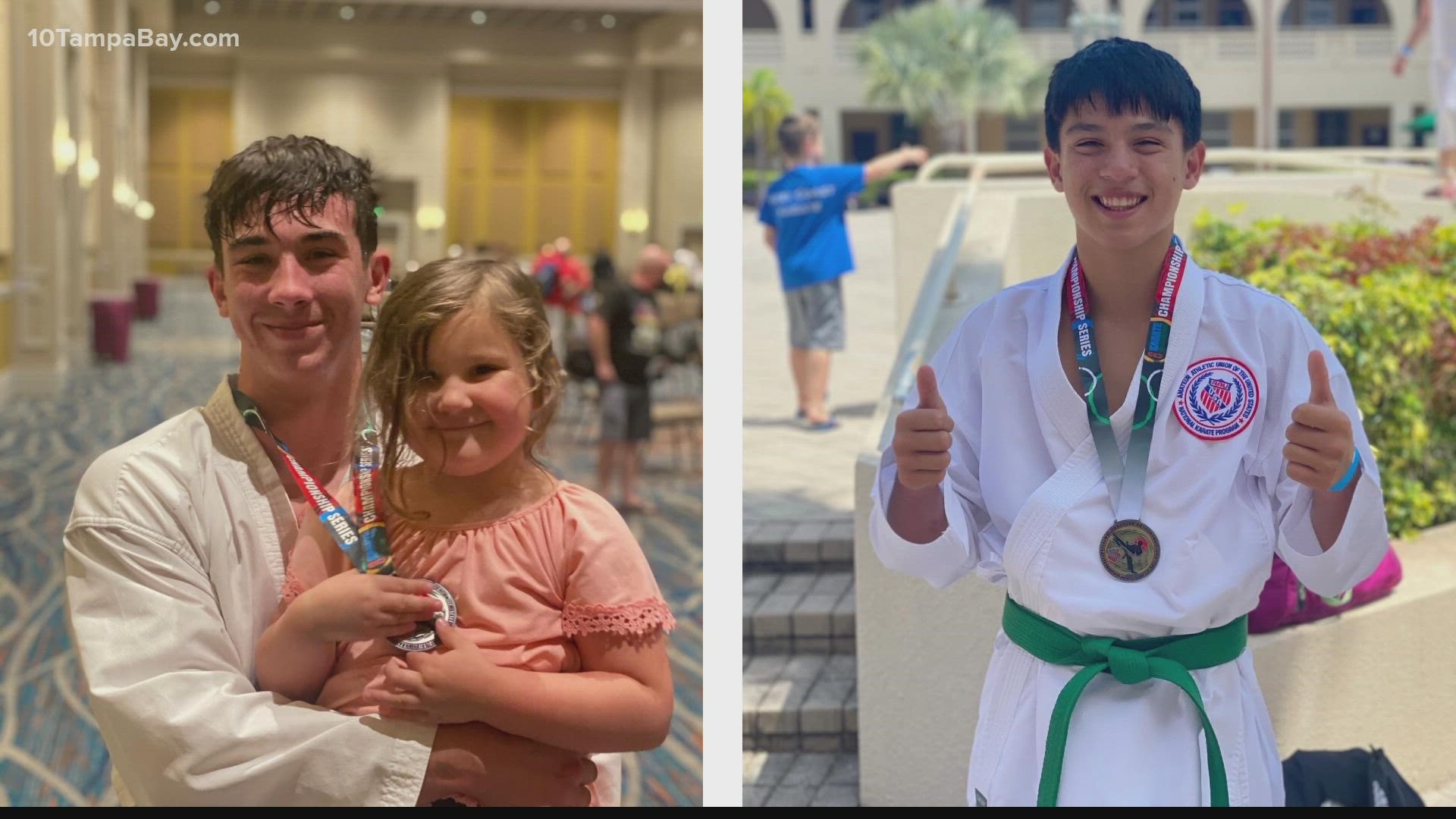 LUTZ, Fla. — While the world’s attention is zeroed in on the Olympic Games in Tokyo, 10 kids from Lutz are ready for their own top-tier competition stateside.

“It’s definitely amazing. I never thought it would be possible to go from having a brand new school to having ten athletes compete in the Junior Olympics this year,” said James Stevens, co-owner of West Coast Karate in Lutz, who also goes by the name Sensei Jimmy.

James left Thursday for Houston with 10 of his karate students. They’ll compete in the Junior Olympics against other talented youth karate participants from around the United States.

“I’ve never been here. I’ve never went to the Junior Olympics before and I want to try to get first,” said Cameron, age 10.

Back home in Lutz, James’ wife, Sabrina, is holding down the fort.

The couple decided during June 2020, in the middle of a global pandemic, to open their own studio called West Coast Karate. It was a risk that has paid off with lots of student success.

“Great opportunities can come out of difficult situations,” said Sabrina.

Many of the athletes have competed in national competitions and even won for their age divisions. But the Junior Olympics offers a higher level of karate.

While Sabrina hosts classes at their new studio in Florida, her thoughts and hopes for victory are with the youth athletes in Texas.

“It was great timing this year because we’ve had a lot of new students coming in and a lot of them have been hearing about karate in the Olympics,” she said Friday morning. “It just gives these kids something to look up to. Whether they win or lose, if they go out there and they do a great job and they’ve given their best, it really is about doing your best.”

The competition will take place on Saturday. Hopefully, the team will walk away with medals of their own.

“It’s pretty difficult. You have to go through many tournaments statewide in Florida before you can go compete nationally in the United States and then you have an opportunity to come over here to get into a spot to get into the (junior) Olympics,” said 15-year-old Alex.

“Our team members not only have had an outstanding performance this year, but they have displayed great character support for each other and other schools who attend as well,” wrote Sabrina in an email. “We are so excited for what this weekend's events will bring!”

Two students from West Coast Karate have qualified to travel to Romania for an international competition in September.