Jon Weaver was diagnosed with Stage 3 Melanoma three years ago. 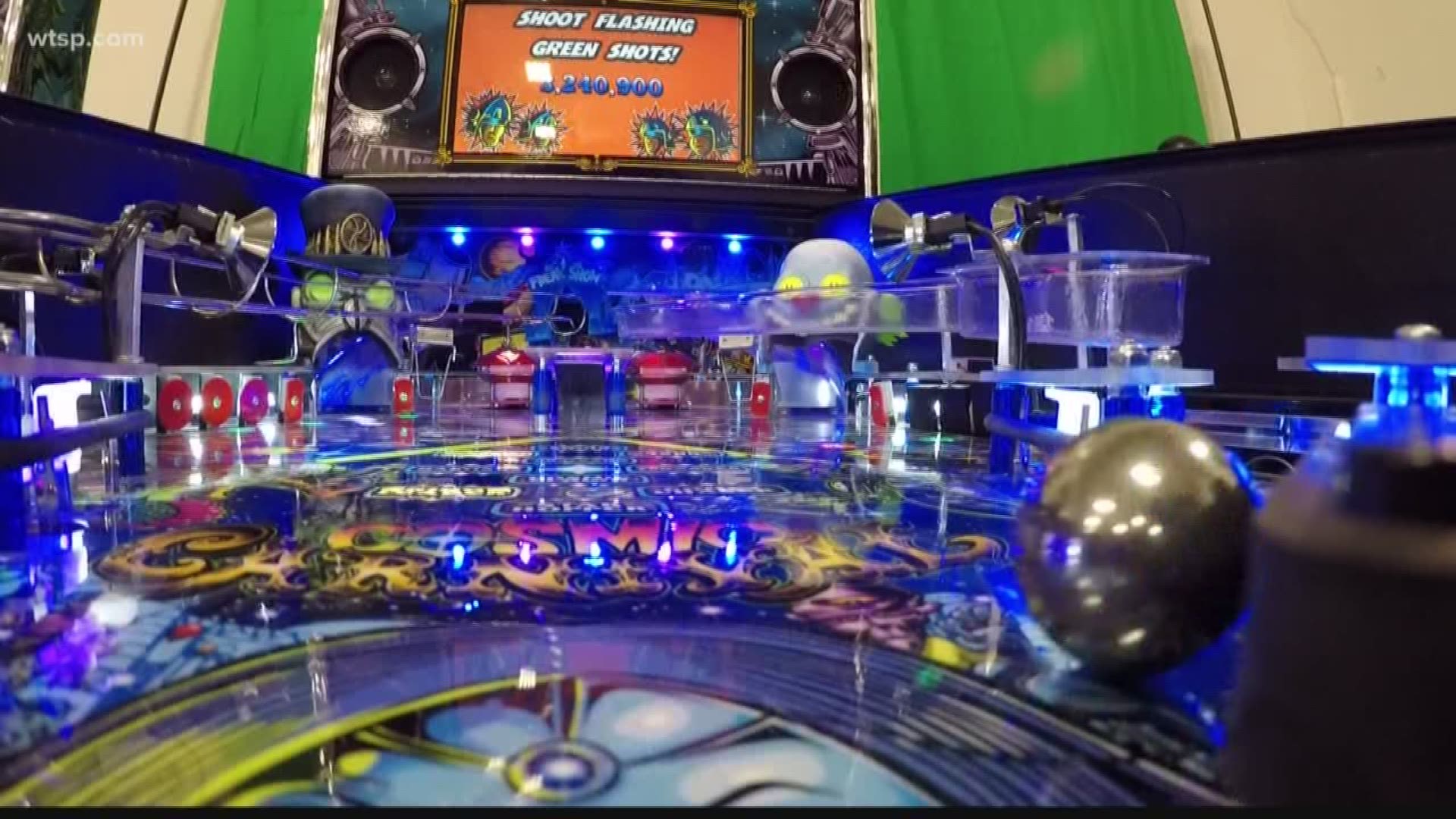 The first Cosmic Carnival pinball machine is ready to be shipped out.

“It’s exciting. It’s exhilarating. It’s a little nerve-racking,” he said with a smile. “There are a lot of different emotions swirling.

It was nerve-racking, in part, to the uncertainty of Weaver’s health. He was diagnosed with Melanoma three years ago. The news came just a few years after he lost his father to cancer.

“Not a lot of people haven’t been touched by cancer,” he said from inside his Suncoast Arcade business building in Largo. “I think it’s important to help other people.”

That’s why Cosmic Carnival is so important. It’s the next step in Weaver’s efforts to raise money for cancer research. At the time of his diagnosis, Weaver didn’t have health insurance. Moffitt Cancer Center covered the cost of his cancer treatments until he was able to get insurance.

“They are one of the best in the world,” Weaver said of Moffitt.

He hosted an arcade fundraiser in 2018 and raised nearly $18,000. This year, he’ll do the same using Cosmic Carnival and other games he’s developed and built. His 'Play For A Cure' fundraiser gala will be October 5 at Bascom’s Chophouse.

“Our goal is to get to the point where they don’t need our money anymore because it’s cured and we can go on to help people in other areas," he said.

Weaver’s company has been contacted by dealers in 15 different countries who want Cosmic Carnival in their stores and restaurants.

“There is a lot of excitement overseas,” he said. “Being able to design and manufacture a pinball machine is amazing for me. This is completely original. From the artwork to the music to the sound effects. There has never been anything that has been exactly like this, ever.”

The first 250 pinball machines will be signed by Dirty Donny, the artist who created the colorful design and stamped with a numbered aluminum plate on the back.

His goal for the first year of Cosmic Carnival sales is to ship 1,000 pinball machines worldwide. The game was a collaboration of multiple award-winning artists, composers and designers.

Suncoast Pinball is dedicated to providing family fun with pinball machines. All the machines are made in the USA at a facility in Largo FL and are built to the highest standards with families, operators and competitors in mind. Suncoast Pinball provides the ultimate pinball experience for the serious gamer, aficionado, and consummate pinballer. With the launch of its all-new original pinball line, Suncoast combines an industry leading process with old world craftsmanship.