Tampa Bay residents recall their experiences at 1963 March on Washington

The first-hand accounts from the historic day have been preserved on YouTube by the Hillsborough County Public Library. 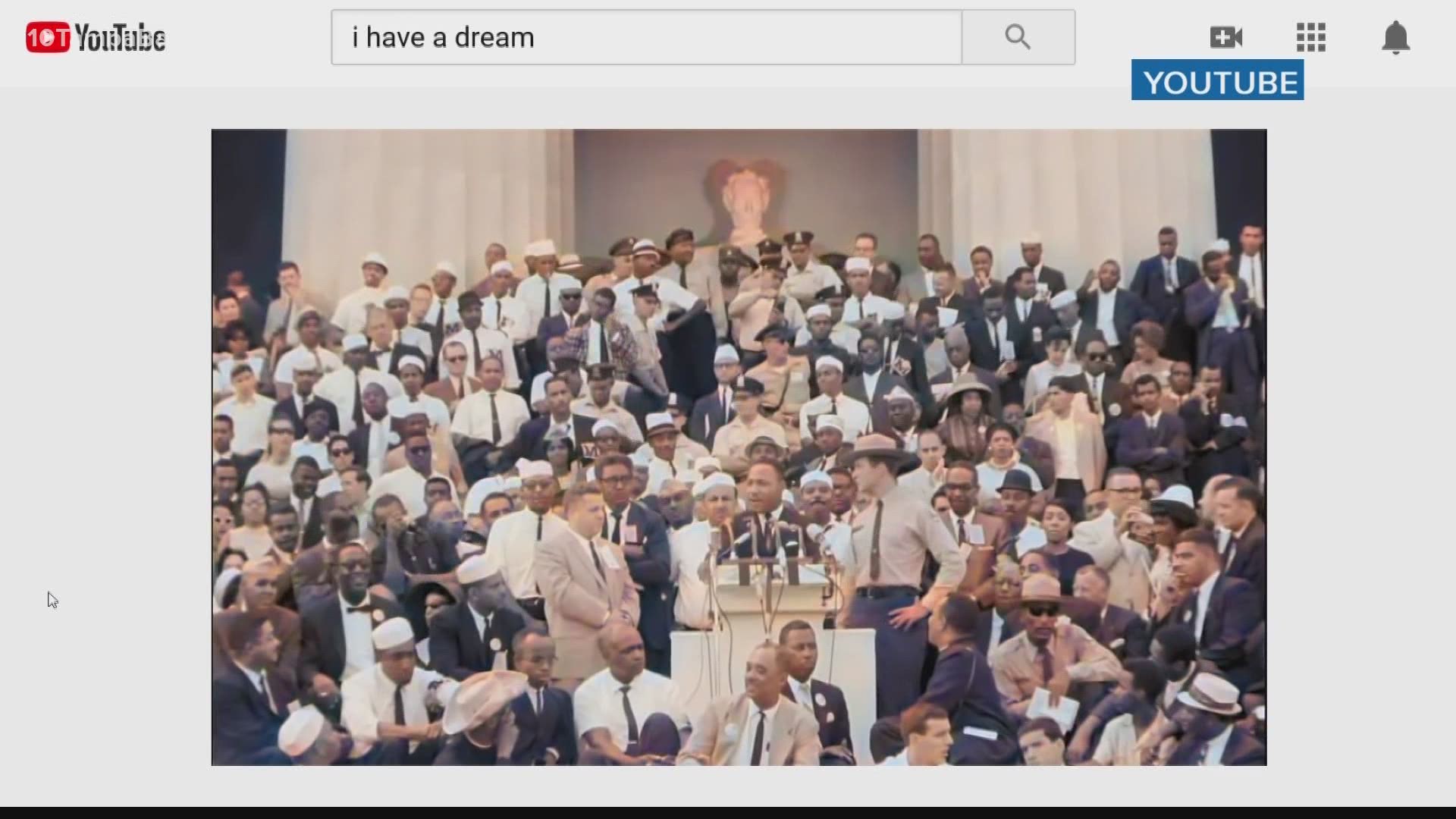 TAMPA, Fla. — Of all the words uttered in speeches on American soil, perhaps the most recognizable were spoken by Dr. Martin Luther King Jr.

Dr. King’s “I Have A Dream” speech captivated a nation then and still does 57 years later. The March On Washington for Jobs and Freedom still remains one of the largest political rallies for human rights in the history of the United States.

Many of the over 200,000 people who attended settled in Tampa Bay.

“It was just a moment that in your life if you were there you’ll never forget because the stamp of history was being emblazoned on our very soul,” said Delano Stewart, who was born in 1935 and spent over 50 years working as a lawyer. “I will never forget it and I was glad I was there.”

The experiences of Tampa Bay residents who attended the historic march were cataloged by the Hillsborough County Public Library on the 50-Year anniversary of the original march in 2013. Those videos were preserved on YouTube.

“It was the most spiritual feeling I’ve ever had,” recalled Anthony Bryant Sr., who went to hear Dr. King with his brothers. “You didn’t feel like you were walking.”

Thousands of people gathered again in Washington D.C. on Friday for the 57th anniversary of Dr. King’s iconic speech.

“It was a sea. It was an ocean of people,” Althea Kironde-Lee recalled during her interview with the Hillsborough County Public Library. “The question was how are we going to get to the front where everything was happening?”