Blanket Tampa Bay has been giving out blankets to the homeless for 5 years. Since the start of the pandemic, more than 200 masks have been given away, too. 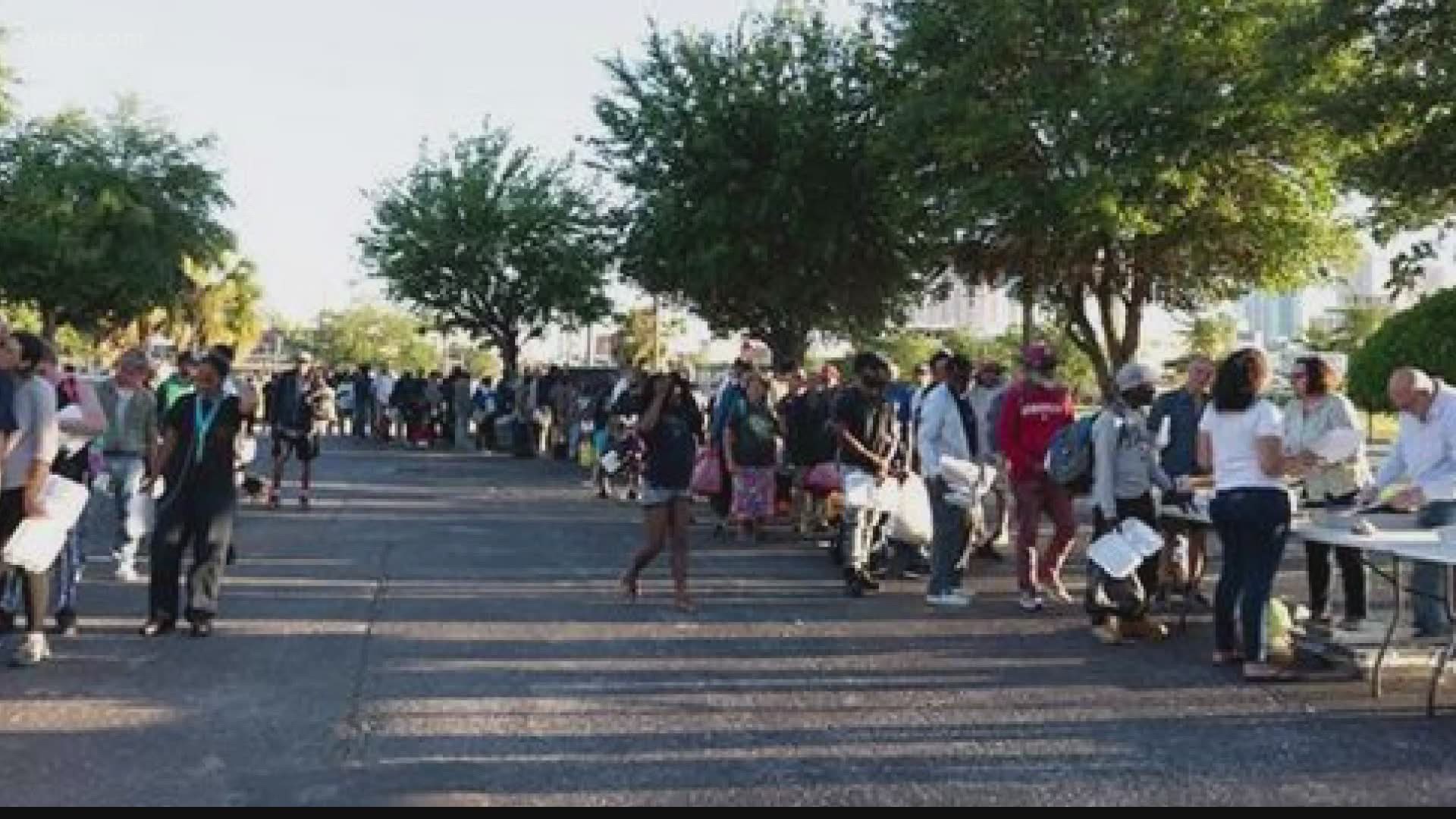 TAMPA, Fla. — In a sweltering climate like Florida's, you’d expect blankets to be low on the list of necessities for someone who is homeless. In fact, they’re nearly vital.

“Blankets are comfort, said Beth Ross. “We’ve passed out so many and it’s just so cool to do that.”

Ross is the founder and CEO of Blanket Tampa Bay, a 501-(c)3 non profit serving the homeless in Hillsborough County. Since 2015, the outreach has been handing out blankets to men and women who call the streets their home. In addition to keeping people warm at night, they also block pesky and irritating mosquitoes.

“We want to serve people with dignity. Serve the homeless and our homeless friends with dignity and compassion.

“We ended up expanding to sleeping bags and hygiene products," said Ross.

Ross recalls an interaction with a homeless man named Charles. She noticed him sitting on a park bench one morning during her commute to work. He was still there on her commute home. She wondered if he’d been there all day. The next morning, she noticed him there on the bench again. She stopped to speak with him and offered help but he wouldn’t accept. The third day, he finally shared his story. He had a broken hip and had been on that bench for four days without anyone else offering assistance. Not even the people waiting for or exiting the public buses nearby paid him any attention. Ross knew she had to help.

It was just after her church had given away $100 with the mission to “do good”. It was a cementing feeling that she was on the right path to work with the homeless.

“It was so cold, and he only had a T-shirt on. He looked so frail,” she said.

Charles, like every other homeless person who reaches out to Ross, received a blanket. They are the root of the non profit’s purpose.  More than 7,000 have been given out in five years through a combination of donations and direct purchases. Ross’ non-profit provides blankets and other items like ponchos (during rainy seasons) and personal hygiene every Monday night in the parking lot of Saint Peter Claver Catholic Church on Nebraska Avenue.

The turnout is normally high.

“I wish that I had found my passion or my mission earlier in life because I feel like I could’ve done more,” said Ross.

Since the start of the COVID-19 pandemic, Ross has added handmade masks to the handouts list as well. Her sister-in-law made a few. Another volunteer offered 100 masks. Ross asked if she could pay for the masks but was turned down.

It's an example of how this non profit has touched the hearts of so many, be them homeless or not.

“I have one lady who made about 100 for us and I wanted to pay her for it and she said, ‘No, no, no, no, no. Keep the money use it for something else’ because a friend of hers had donated the money to buy the fabric to make them for us,” said Ross. “They just love them and they are very happy to get them.”

About 10 volunteers rotate delivering donations in parks. Someone is delivering blankets to homeless “every other day," says Ross. She’s hoping to start what she’s calling an ‘Urban Rest Stop’ to establish a place for homeless to come and shower and do laundry as well.

Ross was planning to show ‘The Invisible Class’ movie at the Tampa theater on March 31. It had to be cancelled due to COVID-19. It was produced by John Hays in California. It took over eight years to make and highlights the struggles of homeless people, specifically when it comes to finding affordable housing. Ross is planning to coordinate a virtual showing in lieu of the Tampa Theater fall through. She hopes to get it aired on PBS as well.

She’s received blanket donations from Wisconsin, Georgia, Alabama, and Arizona. If you’d like to contribute to the mission of Blanket Tampa Bay, visit them online or on Facebook.