Odessa brothers honor grandmother with their music and band

John and Sean Kamenar started playing instruments at 14. Now 20, the twins are most proud of their original song honoring their grandmother, who died from cancer. 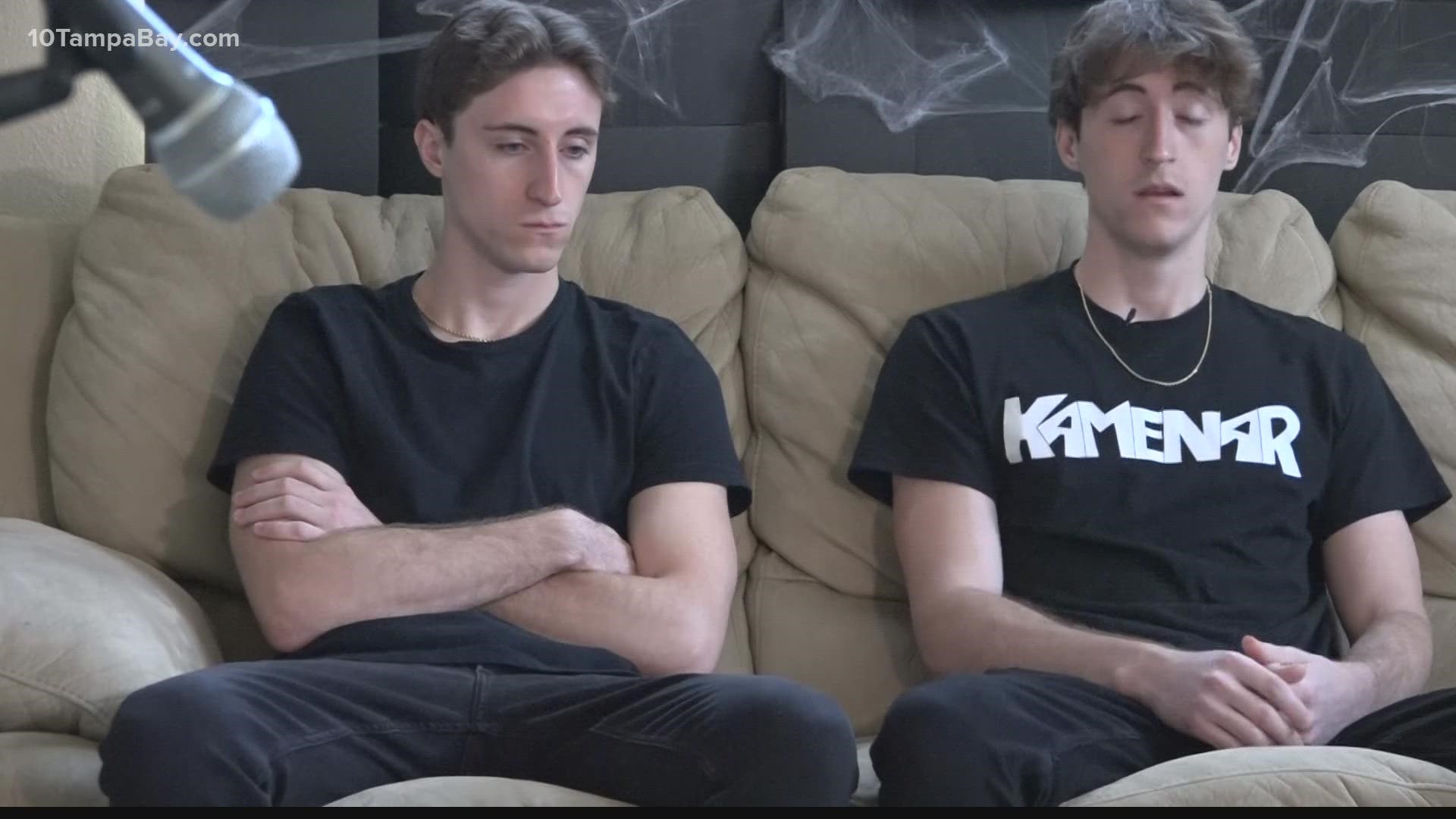 ODESSA, Fla. — The Kamenar brothers have a lot in common. You’d expect that with twins. The duo loves ripped jeans, long hair, and guitars. John and Sean have had a passion for making music since they were 14.

“Music’s our passion. It’s what we were born to do,” said John, the older twin by two minutes. “Our favorite types of bands are the 80s hair bands.”

John and his brother, Sean, are 20. Their parents bought them their first instruments six-year so and they started up a band called, simply, Kamenar. They figured if naming a band after your last name worked for Van Halen, it could work for them, too. Not long after they started jamming on those first instruments, the duo won the senior talent show at nearby Sickles High School.

It was about the same time they found out their grandmother had just a few months to live.

“That really hit home for us and really hit hard,” said John. “I said I think it’s time we write our first song and honor her in that way.”

When Bervaine Stewart Haun received her cancer diagnosis, her grandsons wrote their first original song in her honor. They got to play it at her celebration of life.

Now, John and Sean keep her memory with them when they take the stage.

They post music videos on YouTube and have played multiple shows in 2021. They have a performance this weekend at Fish Hawk Park and four more before Thanksgiving. They play most often at The Orpheum, The Brass Mug, and Stream Stage.

“It’s come a long way for sure,” said their dad.

No matter how many times they take the stage, they’ll do it with grandma in their hearts.

“Every time we play that song live, I think of her right before we start,” explained John. “It’s my favorite song we play actually because there’s just a lot of meaning and emotion behind it.”

That emotion is part of what powers their passion for music.

“Our goal is to go all the way. That’s our dream, to become famous, make a name for ourselves and have our music go around the world,” said John.

“It’s one of the best feelings you can possibly get, playing music in front of a live audience,” he said.

The brothers are active on social media. They even have a photo of legendary rocker Alice Cooper holding a Kamenar t-shirt on their band’s Instagram page.

The twins’ next show is Saturday afternoon from 12 p.m. to 1 p.m. at Fish Hawk Park. They plan to debut more original music soon. You can see them in action four additional times before Thanksgiving: