Nicole Felce played her first golf tournament on her sixth birthday. Just over a decade later, she'll make her pro debut in Arkansas. 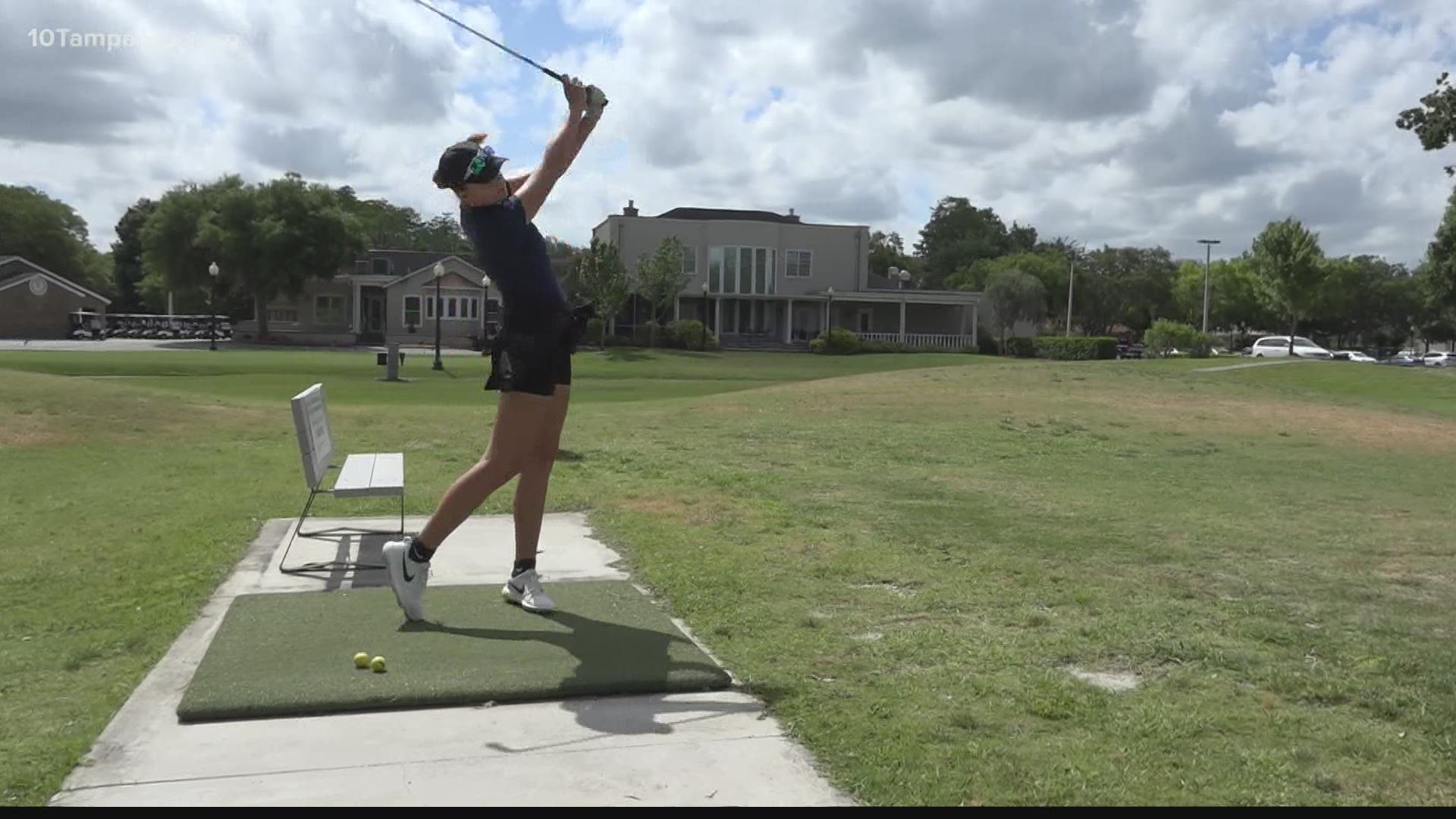 PALM HARBOR, Fla. — July 18, 2010, was a big day for Nicole Felce. She turned six and played in her first golf tournament.

A decade later, she’s not slowing down.

“Any day I get to wake up and swing a golf club is a good day,” said the now 16-year-old golfer from the driving range at Wentworth Golf Club in Tarpon Springs. “I enjoy it so much.”

Felce has gone on to win well over half of the tournaments she entered as a junior golfer – 85 victories in all. She worked hard as a student and graduated high school in three years. Now, her professional career begins.

“It’s always been my dream since I was a little girl. So, just being able to say that golf is my job is really just a really cool thing because not many people get to say they love their job,” she said. “I’m playing in in some West Florida Tour events in June. I also have one with the Women’s All Pro Tour and that’s in Arkansas and that’s going to be my first pro event and I’ll still be 16.”

She won’t turn 17 until July 18, the 11-year anniversary of her first tournament. She has two aces in her lifetime and has many more goals still to achieve on the links.

“She’s 110 pounds and 100 of it is heart,” her dad, Jim, said six years ago when we first met Nicole. She was trying to become the first ten-year-old to make it to the Women’s U.S. Open field.

Now, she’s ready to start getting paid to play and hopes to make it to the LPGA Tour someday.

“It feels like my home you know being out here playing golf and it feels like what I was made to do with my life.,” Nicole said.

She plans to take college courses through St. Petersburg College.