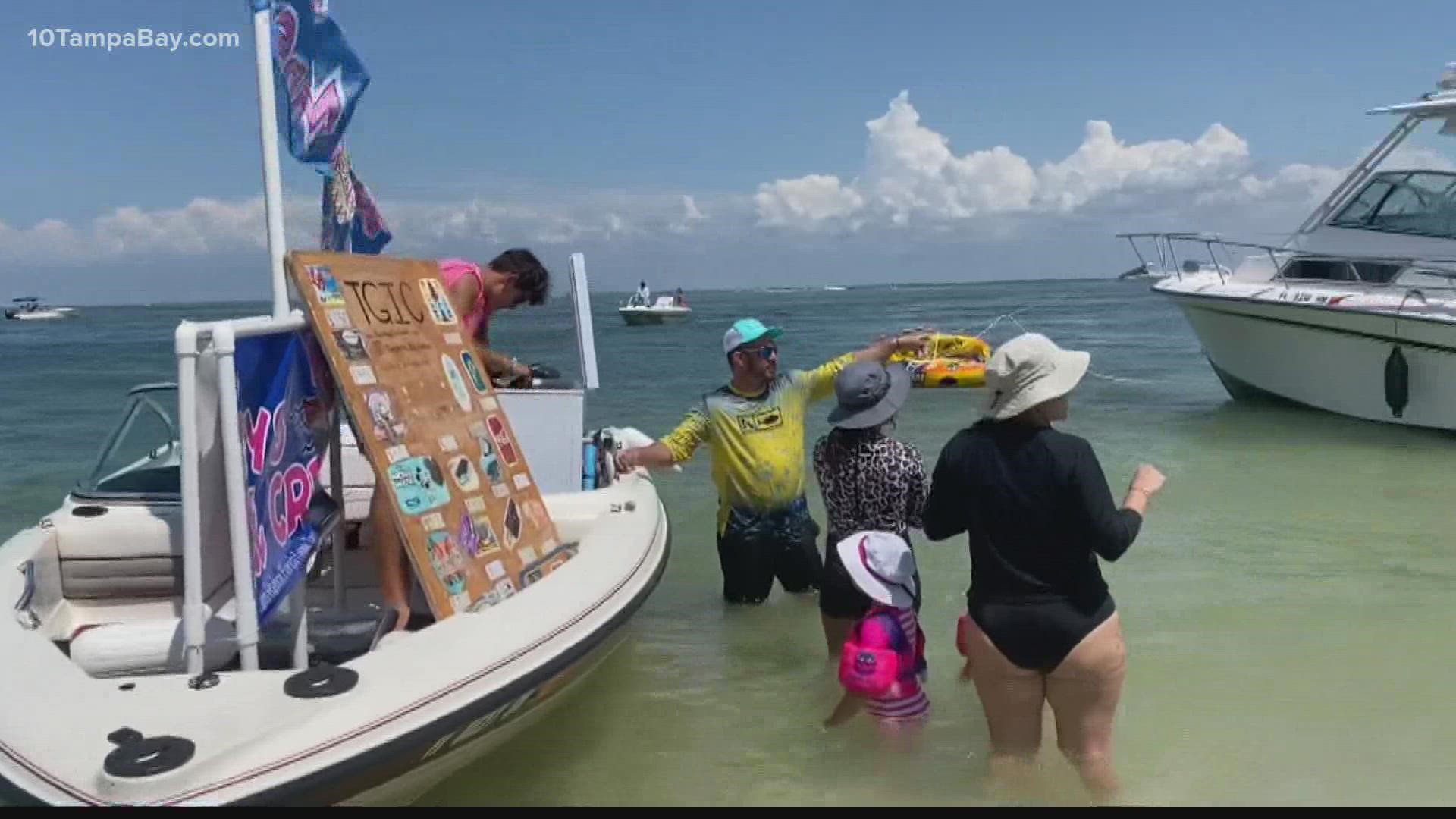 PALM HARBOR, Fla. — Zack Bataoel and Jace Maples have been good buddies for years. The Palm Harbor teens played sports together. Jace is big into basketball. Zack is an outstanding golfer. The duo spends a lot of time together when out of the classroom at Palm Harbor University High School.

When the COVID-19 pandemic began, their families quarantined together. The teens were already good friends but did some brainstorming and decided to become business partners.

Two Guys Ice Cream was born. The duo decided to buy Jace’s grandparents' 25-year-old, 19-foot lake boat and outfit it with a cooler and enormous pink and blue flag. The two ambitious high school students were ready to make money out on the waves.

“It’s just like, everyone’s excited to see us,” said Maples, 16. “Who doesn’t want ice cream on the water? It’s so hot out. We’re in Florida. Ice cream just sounds good on the water.”

The idea was simple: Take the tried-and-true ice cream truck concept to the water and sell cool treats to people spending the day out on their boats.

“It’s really nice to know that people are actively looking for us and they really want to buy ice cream from us. It’s a big deal,” said Bataoel. “It’s really a big deal once you realize that your business is successful and that it will keep you going until at least when I’m out of high school and maybe even through college.”

Two Guys Ice Cream relies heavily on social media to find customers. They sell ice cream on weekends near Caladesi Island, Anclote Key, and Three Rooker. In just over a year, the teens made enough money to buy a second boat.

“We want to expand,” said Maples.

The buddies purchased a 21-foot pontoon boat for $2,000 with the money earned from ice cream sales in their first year and are waiting on some repairs to be done.

“It was a great deal,” said Maples with a smile.

They plan to swap out the engine from the current lake boat onto the new pontoon, which they expect will be able to hold three times the product in larger coolers because the boat is so much wider.

Maples and Bataoel also hope to get the lake boat out to nearby Lake Tarpon. They hope to pick up some sales there, too.

To find the teens out on the water, make sure to find them on social media. They are active on Facebook and Instagram.