St. Pete man still crafting violins by hand after a half-century in music

Peter White began making violins in the 1970s. His instruments have been played by classical musicians around the world. 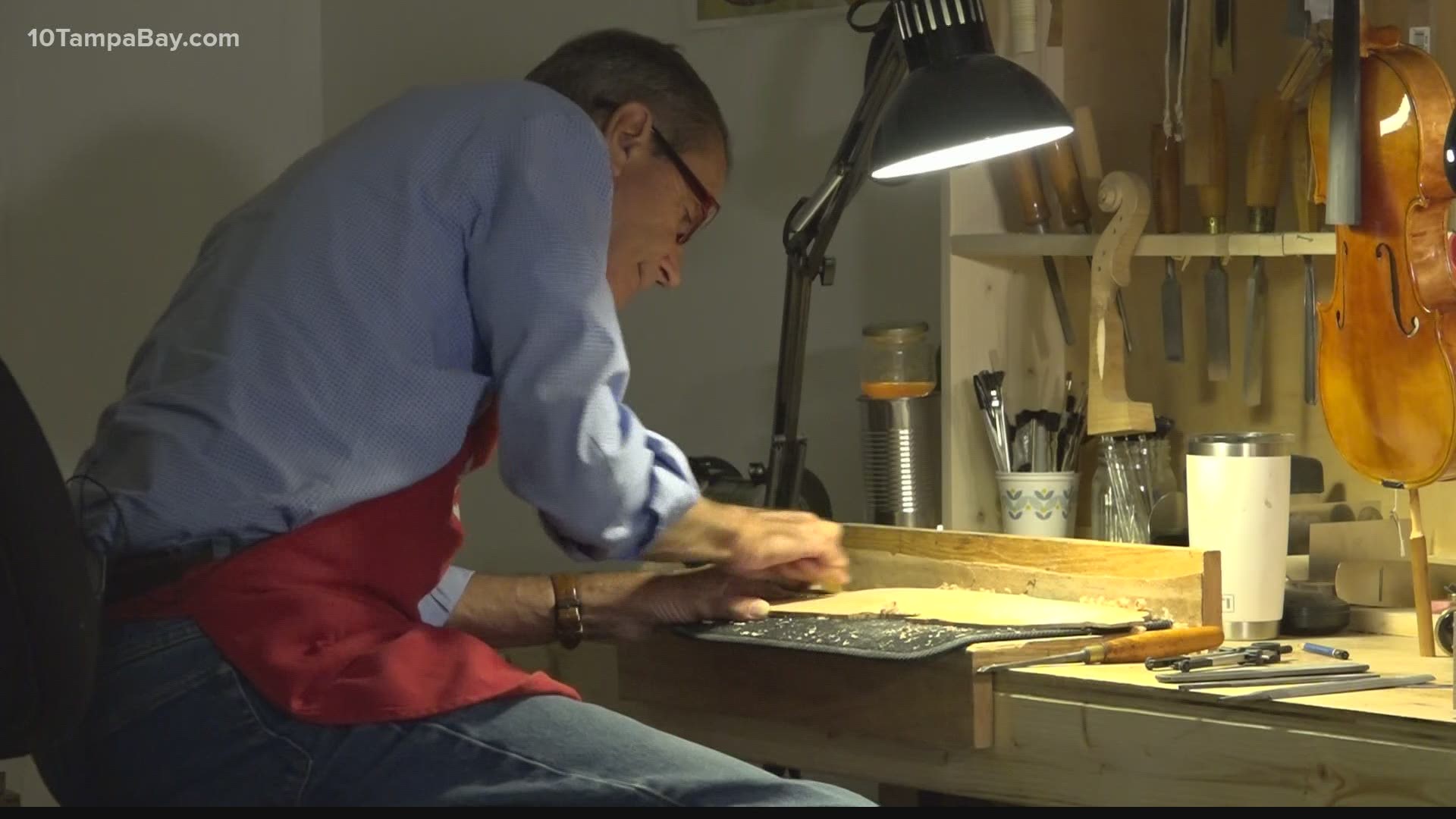 ST. PETERSBURG, Fla. — The most expensive violin ever made is valued at $20 million and is on display at a museum in Oxford England. Peter White is not quite on that level, but the St. Petersburg violin maker has been making world-class instruments for 50 years.

“It’s about my fascination with trying to do work like the old Italian violin makers of the 17th century,” he said from his studio in St. Petersburg off 23rd Street S. “I would have no idea that I would still be doing it and that I’d be any good.”

His fascination for the stringed instrument began as a young man. His father had received a violin from his father. It wasn’t being used. So, when White was entering college, he fixed it up. He enjoyed it so much, he went looking for more at estate sales. He had a passion for woodworking developed in his younger years and decided to channel that renewed interest into making violins.

“I come to this shop and it’s very meditative,” said White, who plays “old Appalachian” fiddle music. “I just get fascinated by the work itself.”

He’s not just making beginner violins. He’s making instruments for top-tier musicians around the globe. At one point, he had five instruments in the New Mexico symphony orchestra at the same time.

“I go to the symphony and I’m listening to my violins. It’s a little scary. I was hoping that nothing would go wrong,” he said with a laugh.

Not only has his work been used around the world, his love of music and craftsmanship has also given him the chance to travel and learn the craft. He spent a little over a year there on a Fulbright Fellowship in 1980. He loved the people and the experience, but he and his wife came to find the governmental and social environment made life difficult. He lived in Scotland for a summer. His favorite place to live has been Florida.

“I studied with an old guy who came to New Mexico in a covered wagon from Texas and then I studies with a retired General,” he said. “Then I went to Poland.”

The first violin White ever made was traded for a motor he needed. His second sold for $35. Now, his incredible stringed instruments go for up to $16,000 and have been played from the United States to Russia.

But this violin maker is much more interested in the music than the money.

“I’ll tell you that if I never sold another violin the rest of my life, I wouldn’t do anything different than what I’m doing now,” he said. "There are a lot of people out there who appreciate something that will last 300 years."

White is looking for a possible apprentice in order for him to pass on his skills to the next generation.