Phil Hayford started coaching at 21. A half-century later, he's Pinellas County's all-time wins leader and kicks off Year 50 in September, alongside his grandson. 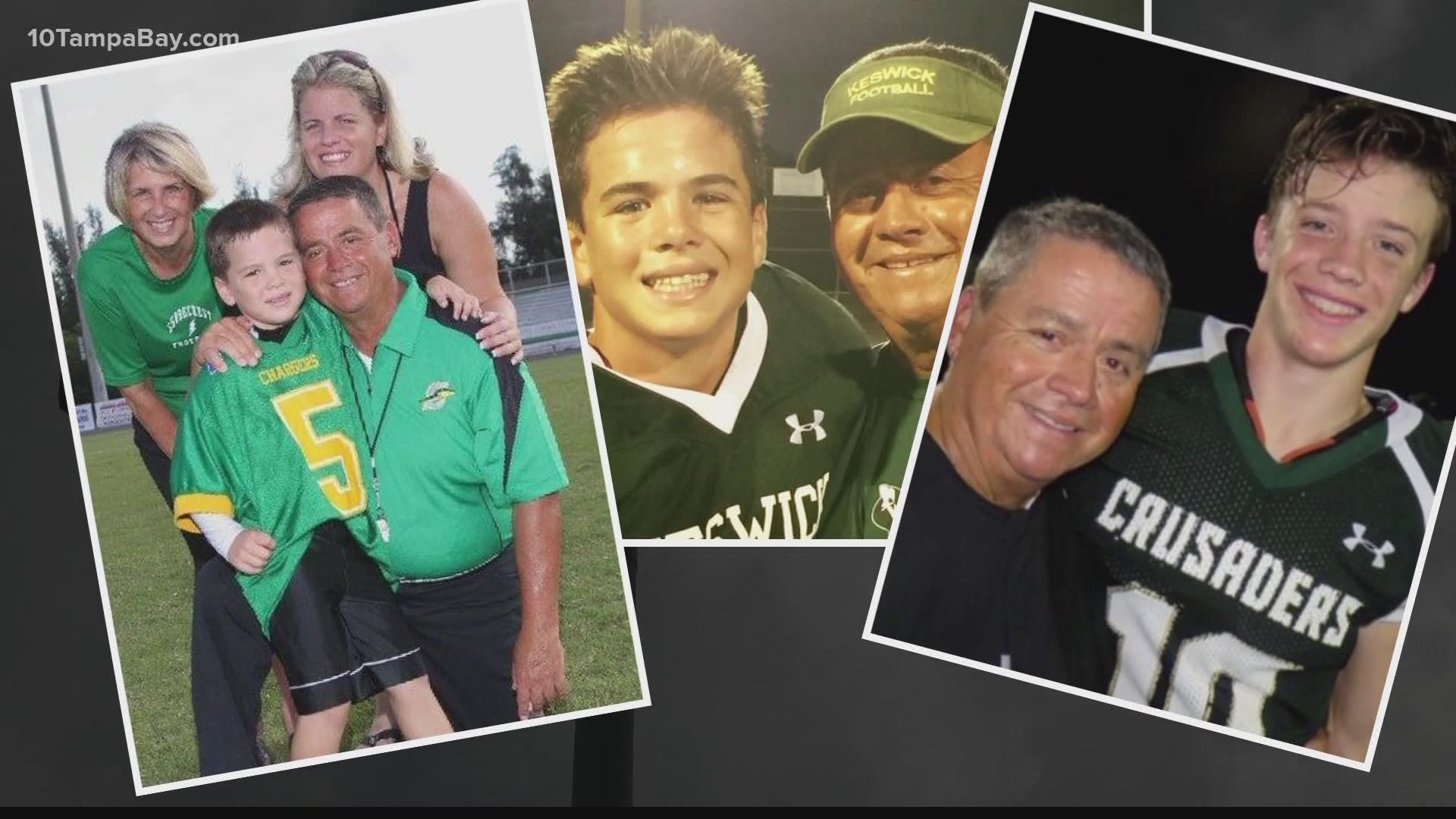 ST. PETERSBURG, Fla. — Phil Hayford’s alarm went off at 5 a.m. on Monday morning. It was the first day of practice for a new football season. Keswick Christian School’s veteran coach has perhaps never been more eager to start a season.

“I say I’m going to coach until I die,” said Phil Hayford. “I was supposed to be a football coach.”

This will be a milestone season for Hayford. The year 2020 marks a half-century coaching kids for Hayford, Pinellas County’s all-time leader in Friday night wins. He arrived at Keswick five years ago knowing Year 50 loomed and presented the opportunity for Hayford to coach his grandson, Byrce Artze.

Artze, a junior running back, was excited to hear the FHSAA ruled that high school fall sports seasons could proceed. The chance to play in his grandfather’s historic season was special for the 16-year-old.

“When I was a young boy, probably eight, I told him, ‘I want to play for you someday’,” said Artze. “The fact that it actually happened is pretty nice.”

Keswick is practicing multiple days per week and trying to avoid the still-looming heat. Hayford moved practices to the evenings on some days to avoid afternoon sun and rain. He’s dedicated to preparing another wave of players for a successful season. It’s what he’s always done – COVID-19 pandemic or not.

“My trophies and plaques, they’re walking around,” said Hayford, owner of 202 career victories according to Keswick. “Those guys who are successful dads and businessmen and husbands, those are my trophies.”

Hayford says he never forgets names and faces. He admits he’ll rarely remember in which class a former player graduated. His career began as a 21-year-old. He spent eight years coaching in Illinois before moving to Florida. He coached for 33 years at Shorecrest. He then moved to Canterbury for four seasons before coming to Keswick. He almost took a job in Hudson but had a change of heart the day before accepting the position after seeing tears in then-9-year-old Artze’s eyes.

The two are now united on the field. Hayford coached his own son, Brett, years ago. He went on to play and coach college football at Davidson. Hayford’s wife has served as “Hydration Specialist” for his teams for years. His daughter coached cheerleading at Shorecrest.

Nearly everyone in Harford’s family, dating back decades has called him, “Coach”. That includes Artze.

“He wants to coach my kid someday,” he said.

Hayford surpassed Jerry Austin for more wins in Pinellas County history in 2018 when he hit win No. 197. He laughs when he thinks about how many of his players have grown up and retired before him. Keswick Christian will play its first varsity football game of Hayford’s 50th season on Friday, Sept. 11 against Bishop McLaughlin Catholic High School.