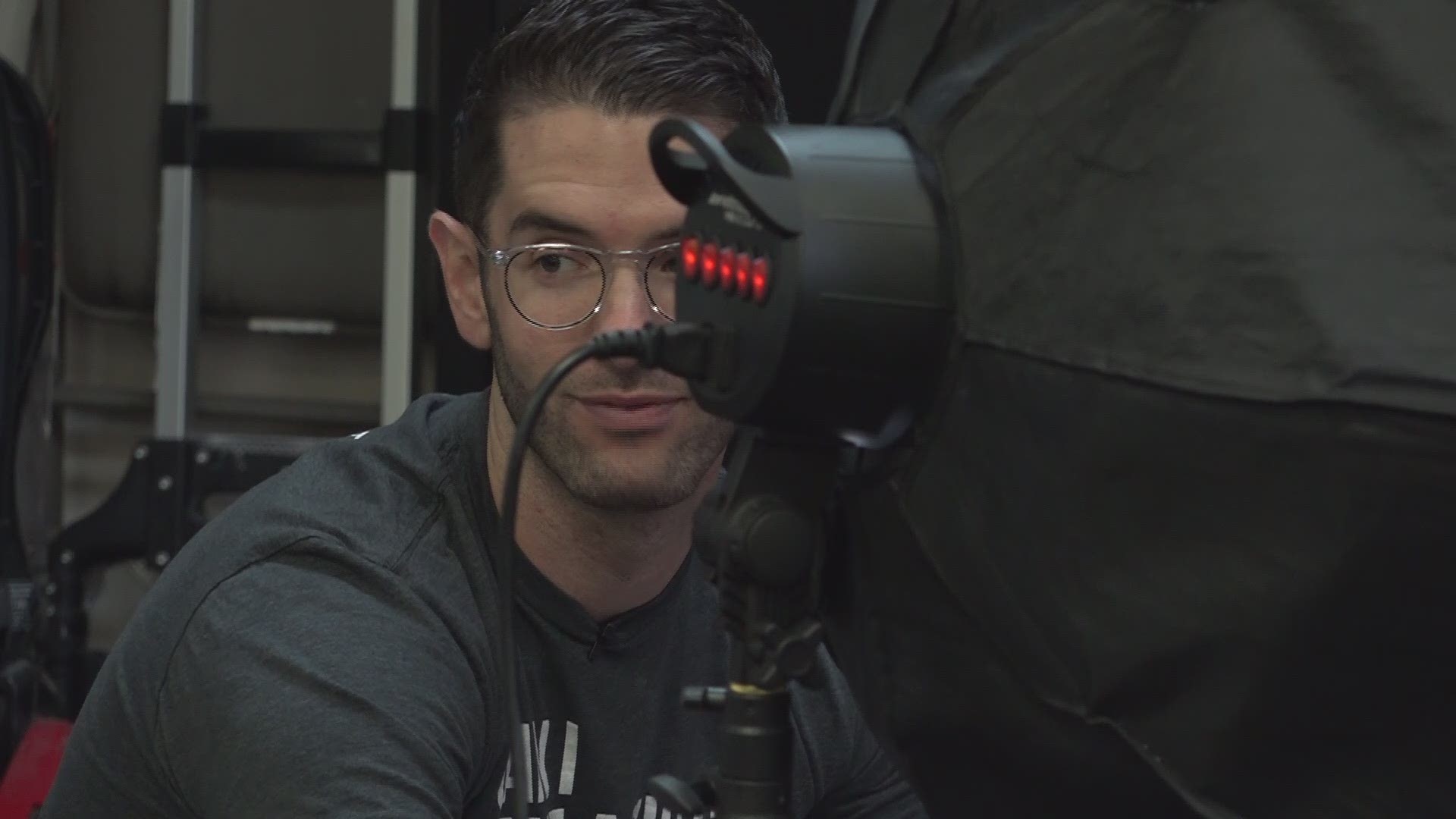 Adam Goldberg has two passions in life – pets and photography. He’s found a way to combine the two loves into an activity he feels uncomfortable referring to as his "career."

“I don’t consider it a job,” he said from behind the lens of his digital camera. “It’s a passion.”

A few inches in front of Goldberg, a pit bull named Brutus begged for more treats. He only got one if Goldberg got a smile in return.

“Every single animal that he’s taken a photo of has been adopted and so many of the adopters request, ‘Hey, can we get those pictures?’” said Nash McCutchen, the marketing coordinator for the Humane Society of Tampa Bay.

Goldberg, who just turned 30, spent his birthday on a two-week trip from Tampa to Washington, D.C., photographing animals along the way. In 12 days, he raised $6,000 for pet shelters that need funding to find homes for animals.

“It’s amazing. That’s the whole reason I’m doing this,” he said. “To help people find their new family member at a shelter as opposed to going somewhere else.”

Since July 2016 he’s eclipsed the $41,800 donations mark in 60 fundraising shoots. He takes high-quality photos of animals, which allows the shelters to properly showcase the animal for adoption.

As successful as he’s been, he still wants to make a bigger impact.

“It’s unbelievable,” said Goldberg. “It’s hard to fathom that I’ve raised and donated more than some people make in a year.”

Goldberg jokes that they only dogs that won’t let him take their photo are his own two dogs. He has volunteered with the Humane Society of Tampa Bay since moving back to Tampa from Fort Lauderdale, where he worked for the same shelter his dad worked for in the early 90's. He’s been photographing animals off and on since 2013.