Teresa Livingston has been raising money for cancer research for seven years after losing a co-worker to breast cancer. 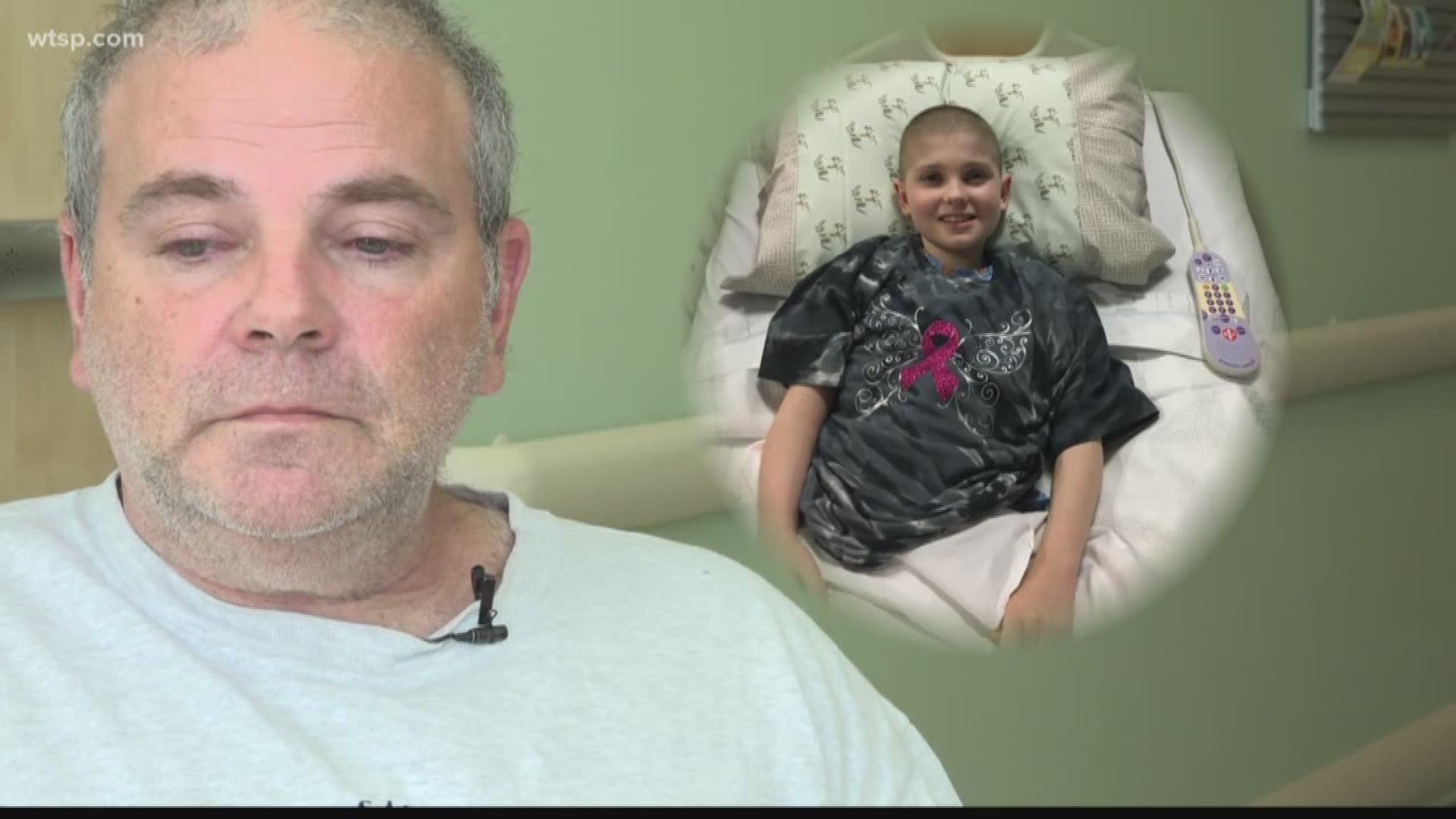 “Fuscia,” Dudley said with a grin. “Right in the middle.”

Pink is the theme color of the month at Livingston’s business, which she’s operated for more than three decades. Each October, for the last seven years, she and her clients have embraced all things pink – the universal color for breast cancer awareness month.

“We wanted to help somebody that was right here in our own community that could really use the help,” Livingston said.

Inspired by a former co-worker, Amy King, who died of breast cancer at the age of 28, Livingston started Pink-A-Thon. Clients purchase $1 or $5 raffle tickets for hair-related items and the money is given to a worthy family. It’s a way to honor King and impact the community in a tangible way.

“We’re just glad that we could help in any capacity,” Livingston said.

Valerie Navarro certainly agrees. She’s been friends with Livingston for more than 30 years and was the recipient of Pink-A-Thon four years ago when she was fighting metastatic breast cancer.

“Everyone had a difference journey,” she said, seated at the salon while wearing a pink shirt. “They were a huge support to help me through my journey.”

This year, the recipient is a child for the first time. Navarro attended a benefit event five years ago and met guitarist Ed McLaughlin, whose little girl, Nicole, was diagnosed with cancer in 2018. It metastasized to her lungs after a few months, despite multiple chemo treatments, and is considered terminal.

Nicole, 9, has been receiving treatments at Johns Hopkins All Children’s Hospital in St. Petersburg. Being the Pink-A-Thon beneficiary this year is world-changing for the McLaughlin family.

“I couldn’t describe what it feels like because it’s like, it’s joy, laughing and crying at the same time,” Ed said through tears. “This is joy crying right now thinking about that.

The money collected, which in the past has surpassed a few hundred dollars, is give to the families with no strings attached: bills, groceries, trips to Disney World – Livingston doesn’t care. It’s about being a blessing to others in a time of medical, emotional and financial need. The salon's website donation goal is listed at $500.

“It was amazing to see how fast the disease takes over,” said Dudley, who lost her father to cancer at age 52.

Navarro met Ed five years ago when he played guitar for a cancer awareness event. They stayed in touch and Navarro visited Nicole after learning of the child’s diagnosis. She even shared photos of her bald head to cheer up Nicole.

“I made a vow that anyone who has been brought into my path who has cancer that I would be an advocate for them so they wouldn’t have any fear as they go along,” said Navarro, who is herself three years cancer-free.

Fellow long-time friend Joan Rawson lost her father in 1986 due to cancer. She supports Livingston’s raffles each year.

“There really wasn’t anything or anyone like Teresa raising money for the family that may need some gas money or extra food money when you’re running back and forth to the hospital,” she said.

The tradition of helping others get through the difficult season of cancer in their lives is continuing at the small nail salon.

If you’d like to visit International Hair Design and take part in the Pink-A-Thon raffle, you can visit at 6175 54th Ave N., Kenneth City, Florida 33709 or online at www.hairdesign.com.