Veterans deliver 500 pizzas to hospitals as 'thank you' to staffs

Post 911 Veterans partnered with Mellow Mushroom to give food to employees at three Tampa Bay area veteran's hospitals this week. 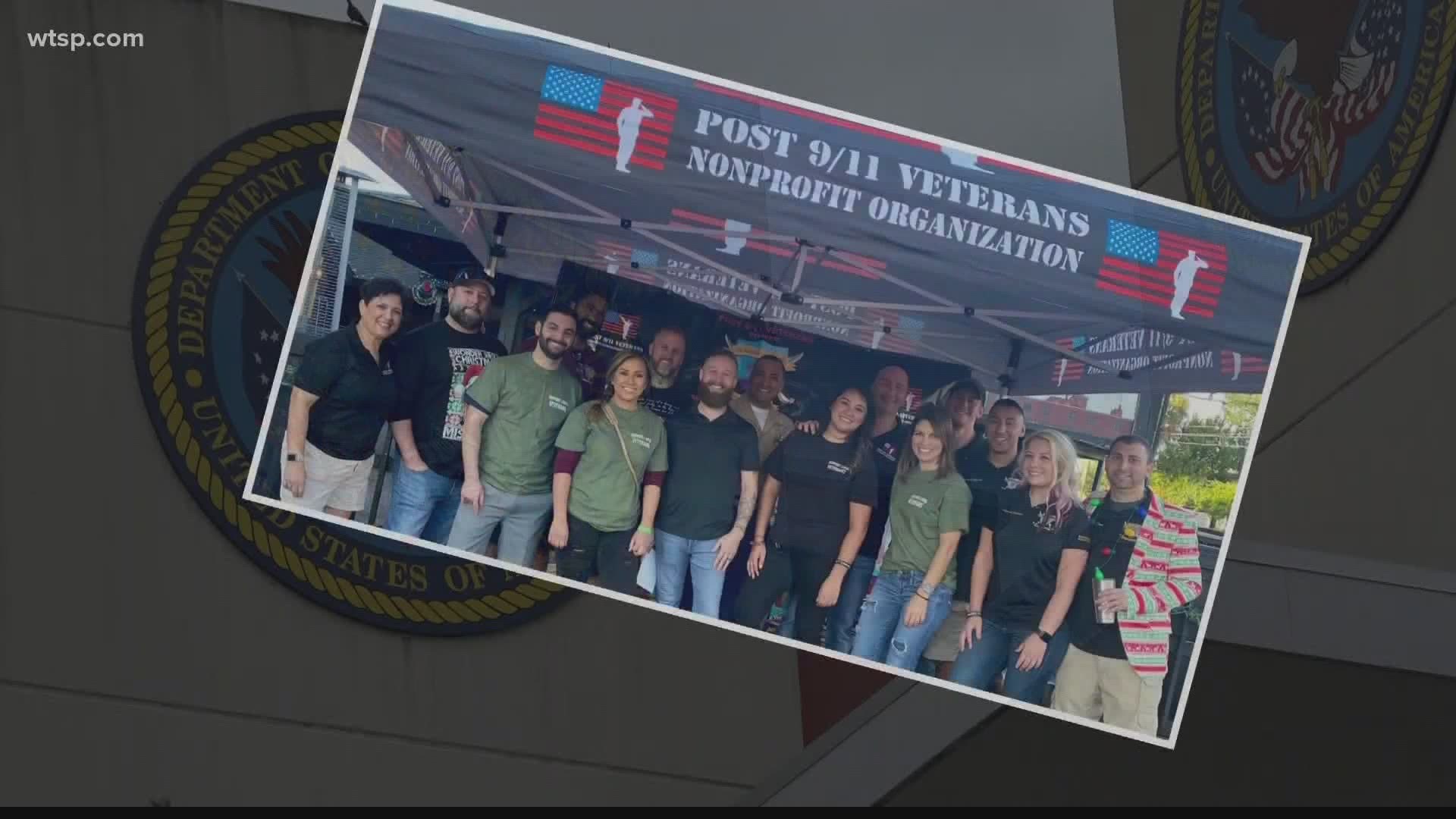 The rain threatened to wash out the final leg of a three-day giveback by Rob Johnson and volunteers from Post 911 Veterans but their delivery was made just before lunchtime.

"We got soaking wet but it was well worth it," said Johnson, a Mellow Mushroom franchisee.

A few dozen pizza boxes left with the staff of the James A. Haley Veterans Hospital on Thursday completed a 500-plus pie donation around Tampa Bay.

The pizza deliveries were made on three different days as a ‘thank you’ from local patriots.

"You have our current healthcare heroes taking care of our veteran heroes," said Migacz. "It's a win-win."

The Post 911 Veterans non-profit partnered with local Mellow Mushroom restaurants to give away 170 pizzas per day. The pizza chain pledged to donate the same number of pizzas as were sold on May 21.

Mellow Mushroom made good on the donation and contacted Post 911 Veterans to find the deserving recipients of the food.

"We were looking for a way to give back to our community so we came up with a program called 'A Pie For A Pie'," said franchise owner Rob Johnson. "We wanted to show our appreciation for our healthcare workers who are takign care of our veterans and it was a no-brainer for us."

Migacz and Johnson have been friends for years. Mellow Mushroom even sponsored the Post 911 Veteran's Gasparilla Krewe. James A. Haley is a big part of the community for veterans and civilians alike. Migacz did not serve in the military but felt compelled to support local vets after meeting the founder of Post 911 Veterans five years ago. He's served on the Board of Directors for years.

"The reason I like to do (this) is because I didn't serve," said Migacz. "It's one of the most rewarding things I've been apart of."

A 2019 survey by Wallet Hub claimed Tampa as the top place in the country for veterans to live.