Supporters attend funeral for veteran with no family

Edward K. Pearson is being buried, surrounded by the love of complete strangers. 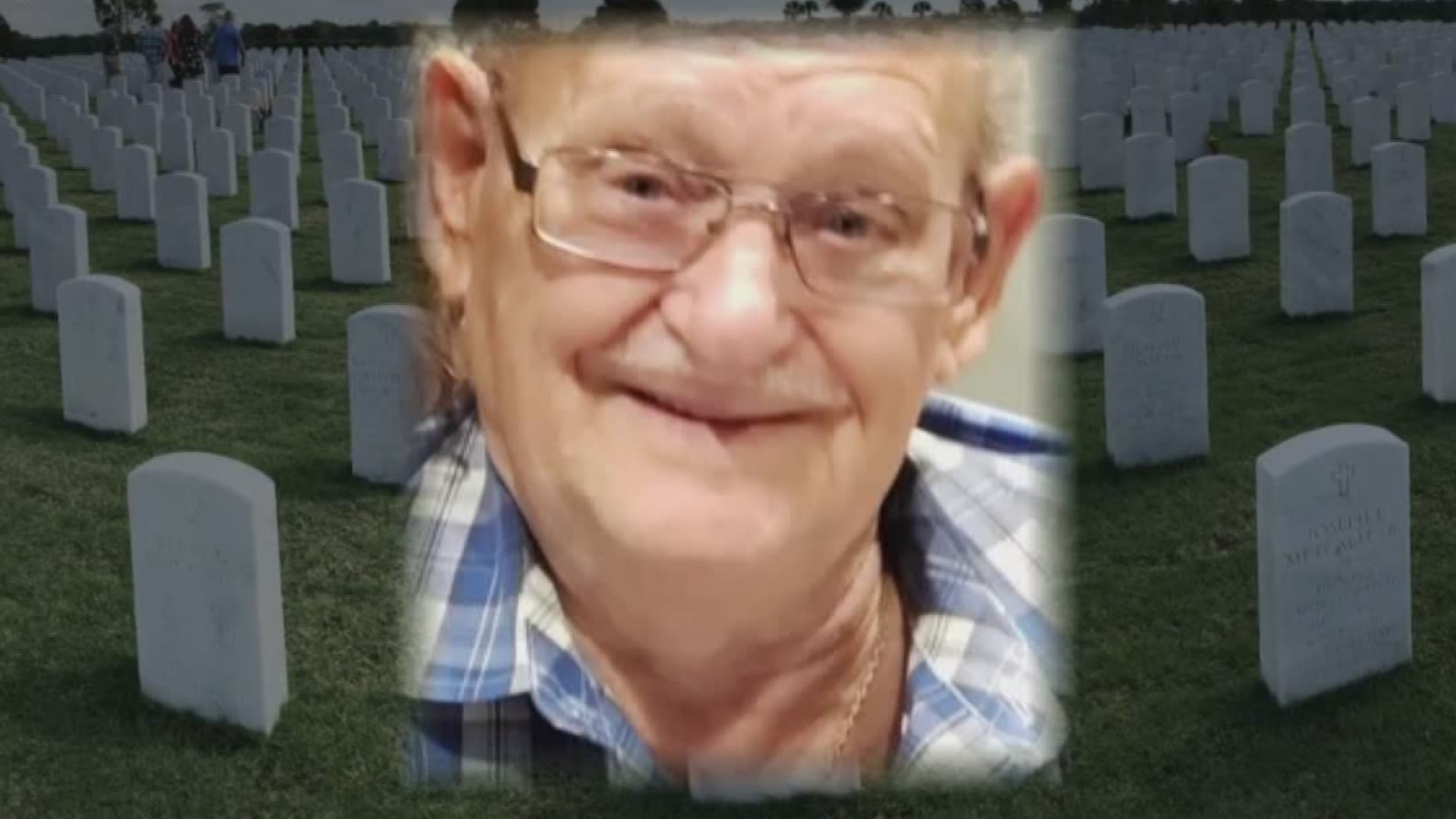 SARASOTA, Fla. — The hardest-working people Monday morning at Sarasota National Cemetery were the women seated at the reception desk.

“It’s a phenomenal thing,” said Tina Beeler during one of the few moments Monday morning she spent without her ear in a telephone. “I can’t say enough about these people who are going to show up tomorrow in busloads.”

The Sarasota National Cemetery hosts multiple military funerals daily. Much of Monday was spent scrambling to get organized for what’s expected to be a highly-attended funeral for a man who died last month.

Pearson’s obituary on Hoyt’s family funeral home website caught the attention of the nation over the weekend. It stated that Pearson had no family and would be buried in an uneventful ceremony by himself.

That didn’t sit well with the community, especially former Democratic candidate for Florida governor, Gwen Graham, who tweeted “Mr. Edward K. Pearson served our country. He has no family to attend his funeral. We can be his family. You are invited to his funeral at the SARASOTA NATIONAL CEMETERY, 9810 State Road 72, this Tuesday, October 1 at 12:30 p.m. Please go, if you can.”

“It shows how awesome the power of social media can be used for an awesome force,” Legacy Options Funeral and Cremation Services of Naples funeral director Michael Hoyt said via phone.

He will be making the one-hour and 45-minute drive to preside over the service for Mr. Pearson on Tuesday.

“It’s not typical to not have anyone step forward," he added.

Tuesday’s funeral is open to the public. The address of the Sarasota National Cemetery is 9810 State Road 72, Sarasota, FL 34241. Guests were asked to arrive early.

“He deserves this,” said SNC assistant director Ed Lyons III, who himself served in the Marines. “He’s got his brothers and sisters who were in the military. He will be laid to rest with family.”

RELATED: Police officers will attend funeral for veteran who died with 'no immediate family'