Pamela Bell needed help from a food pantry at one point in her life. The Palm Harbor realtor is now in a position to give instead of receive. 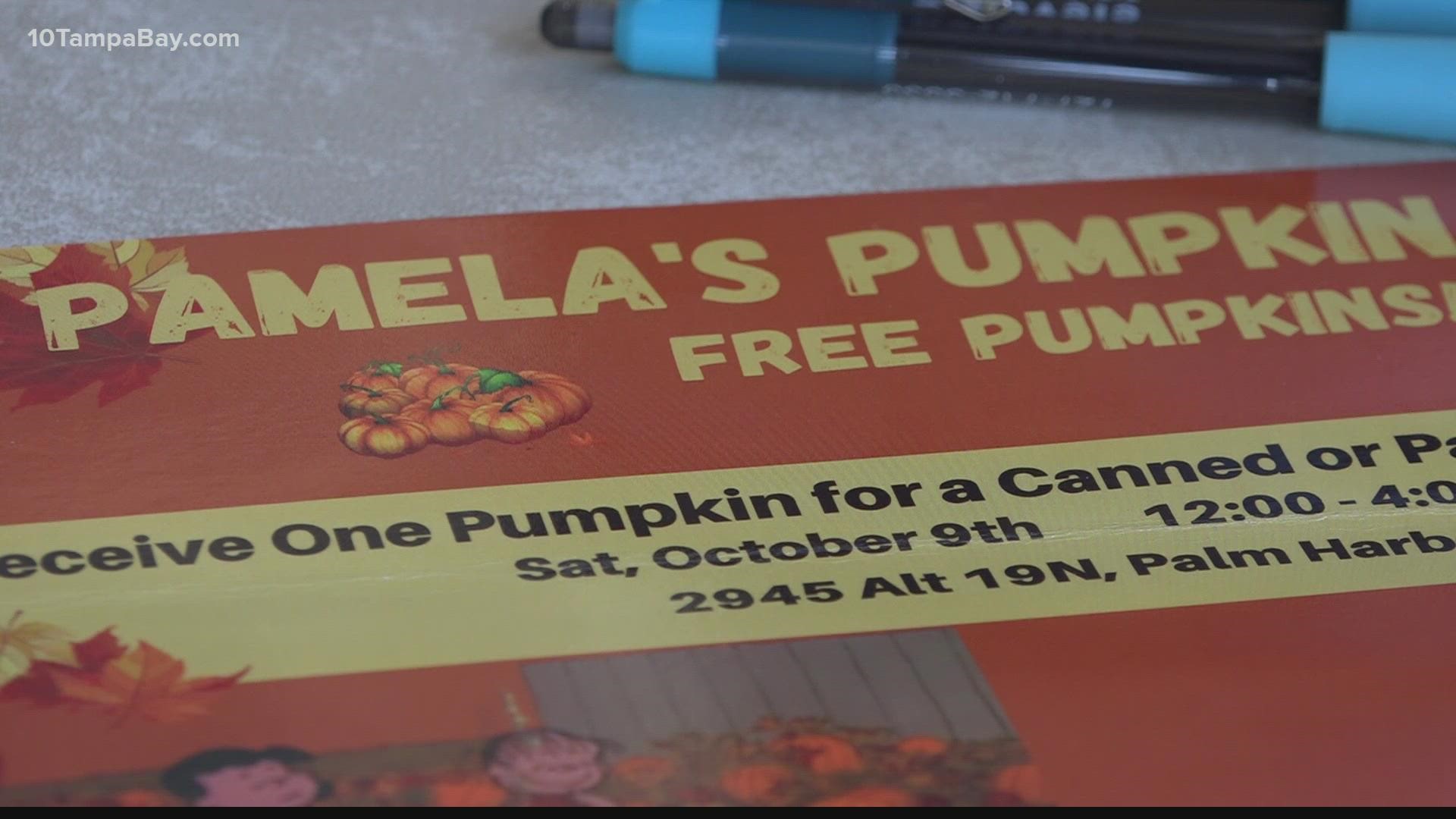 SAFETY HARBOR, Fla. — For five years, Pamela Bell did whatever it took to encourage her neighbors to join her in her mission. The Safety Harbor women went door to door, asking for people to donate canned food items to a nearby food pantry.

The results were decent.

During the COVID-19 pandemic, she adjusted her strategy. Bell, a successful real estate agent with Keller Williams, decided to host a pumpkin patch-turned canned food drive at her friend’s title company office. She hoped 30 people might come to drop off food.

“This is a fabulous start and we’ve just begun for the day,” said Diane Dicroce of Elevated Title Services, who has known Bell for five years. “[Pamela] really loves to give.”

Bell lives near Mattie Williams and sees lines of people outside seeking food and clothing assistance often. She found herself standing in a similar line a few years ago with her two daughters after a divorce. She needed help feeding her family for about two months. It’s the same impact Mattie Williams is making. It serves more than 100 families per week with food, clothing, and services.

“When I drive by there, I see the people that really need the help,” Bell said.

She never forgot that generosity and support and vowed to someday pay it back.

“For those who need a little help it’s a band aid and for those who really, really are in that dire need this is what keeps them going,” said Janet Hooper the executive director at Mattie Williams. She’s been at the food pantry for 14 years. “It’s really heartwarming to see people reach out.”

Bell collected food items for four hours and was impressed with the haul. It was enough to load the back seat and trunk of her SUV. She delivered the food items, and even paper products and diapers, to Mattie Williams on Monday morning. Hooper was there to greet her with a smile and two carts.

“It’s amazing,” said Bell with a smile. “It’s very gratifying and very rewarding to know that I have come to a position in my life to be able to give back instead of being on the receiving end.”

The Mattie Williams Neighborhood Family Center is located at 1003 Dr. Martin Luther King Jr. St North in Safety Harbor and can be contacted at 727-791-8255.