Bradenton native to join Navy, follow in footsteps of grandfather

OC Raymond Decamillis is eager to join the United States Navy as an officer. His grandfather served as a pilot in WWII. 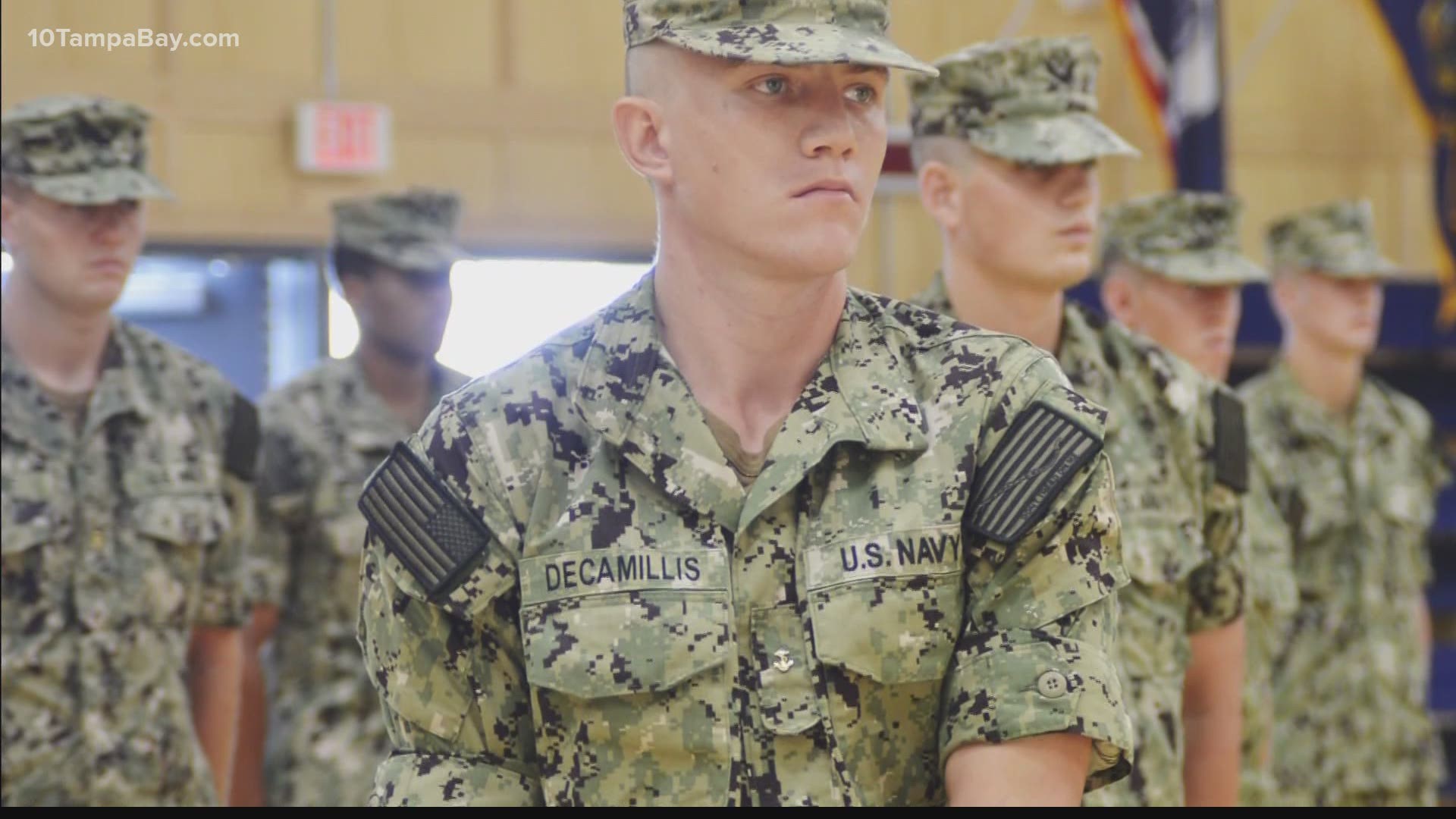 BRADENTON, Fla. — Officer Candidate Raymond Decamillis never planned to enter the military. The Bradenton man decided while he was studying engineering at the University of South Florida that he wanted more for his life than a typical nine-to-five job.

“I wanted something that would get me a little bit more, a few other experiences and maybe be a little bit more exciting,” he said. “It also gives me a lot of chances to practice leadership and develop as a leader.”

OC Decamillis, 22, decided on the Navy. His grandfather served as a pilot in WWII but never really spoke of his service with Decamillis. His decision to join the military was entirely independent of any family past. He began Officer Candidate School (OCS) on May 31, 2020.

“A lot of people vaguely understand boot camp. You know, you graduate high school and you can go to boot camp and join the Navy,” explained a Navy officer overseeing the interview with OC Decamillis. “OCS is a little different. It’s folks who have graduated college and they’re becoming naval officers, which is a different side of the Navy and one not a lot of people necessarily know is a thing you can do.”

Well over 1,000 people are enrolled in OCS. It is one of the three primary programs that creates officers for the Navy -- the others being ROTC and the Naval Academy. Naval boot camp is eight weeks long. OCS is 13.

OC Decamillis is training in Newport, Rhode Island. For 13 weeks, he’ll physically and mentally test his abilities and fitness for service as an officer in the Navy. He expects to complete his training by the end of September.

“I thought it would be a little bit easier for my physically,” Decamillis said from Rhode Island via ZOOM. “I thought I’d have a lot more trouble with the organization and time management of being a leader, but I feel like I’ve done a pretty good job with that so far.”

He moved to Bradenton when he was four and considers that area of Tampa Bay his home. Serving in the Navy is something he is eager to begin.

“I want to make Bradenton proud,” said the 2016 Braden River High School alum. “I would say I’ve always been a patriotic person.”