Sweet Tomatoes provided a local food bank with 5,500-pounds of food just after announcing it was closing for business. 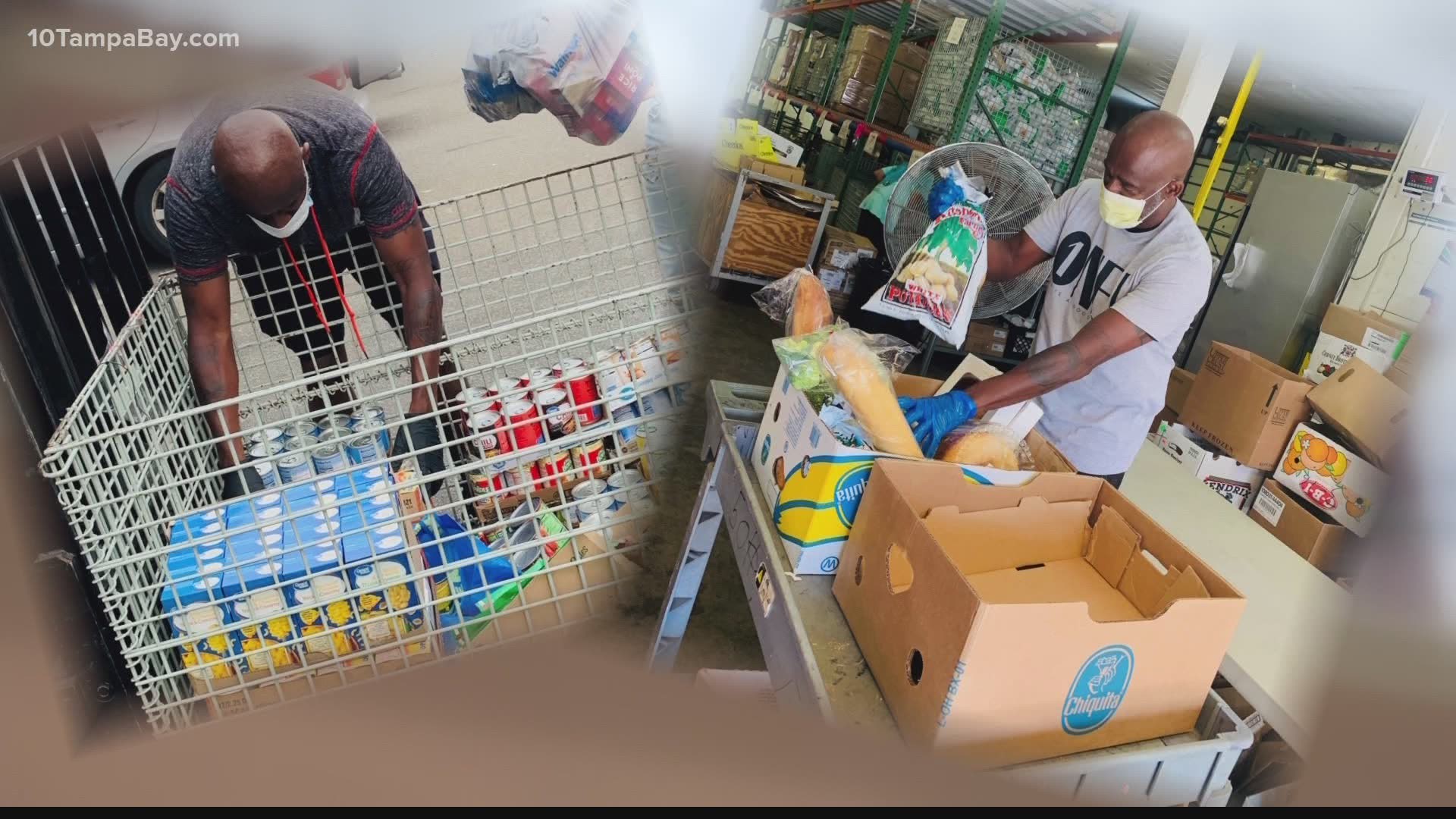 CLEARWATER, Fla. — The Sweet Tomatoes restaurants announced they were permanently closed for business in May.

The COVID-19 pandemic isn’t doing buffet-style restaurants any favors. While that is a sour turn of events for that business, it lead to a sweet victory for a local outreach.

“To me, there’s only two types of people walking the earth – those in need and those who are in a position to fill the need,” said RCS Charities president and CEO Kirk Ray Smith. “No one comes to RCS because they’re having a good day.”

“It’s a huge blessing. I do not understand their kindness. It’s unbelievable. Unbelievable,” said Ray Smith.

“In 1967, fifteen local congregations of varying faiths and ethnicities came together to provide help & hope for people in need,” reads the RCS website. “Pinellas County grew, and with it grew the demand and the need for a helping hand. Eager to lend a helping hand, these congregations found themselves with fewer resources to serve a growing population. Determined to make a difference, these leaders studied the needs of the community and pooled their resources to provide efficient, secular services to the people of Pinellas County. Together they founded Religious Community Services, or RCS.”

During the COVID-19 pandemic, families have shown up to receive donated food more frequently. Food pick-up lines outside the donation site fill the parking lot every day, even as many people return to work. The need certainly hasn’t died down.

The Sweet Tomatoes donation arrived in mid-June and made a huge difference in the lives of dozens of Pinellas families immediately.

“When I do come, it helps a lot,” said one person who arrived at RCS on Tuesday for food pick-up. “It’s awesome.”

RCS is more than just a food bank. It offers housing for homeless and people fleeing domestic violence situations, among other things. RCS has eight locations, but the main food distribution site is at 700 Druid Road in Clearwater. RCS is open for food pick-up weekdays from 12:30 to 3:30, with extended hours on Thursdays from 12:30 to 6:45. To receive food, community members much contact the RCS office.