Reunited with elephants that led to true love 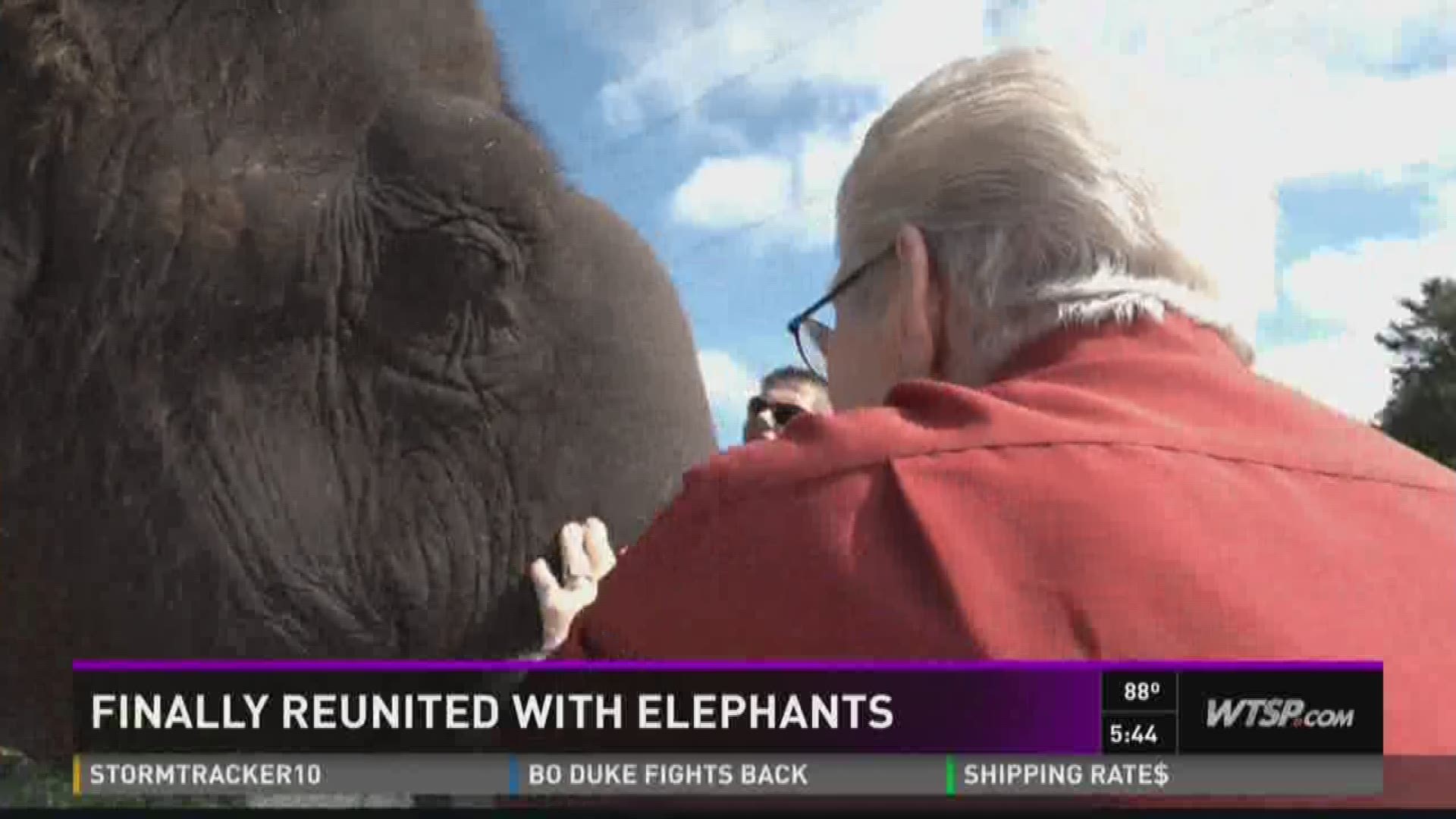 Henry Witherwax was so excited that he couldn’t sleep.

“They mean a lot to me because this is where I got my start,” he said Tuesday with a smile on his face.

With his wife, Mercedes, and two children, Patsy and Mike, riding along with him, Henry toured the Ringling Brothers and Barnum & Bailey Center for Elephant Conservation in Polk County.

It was the perfect way to celebrate his 90th birthday.

“It’s totally special because he loved it so much,” said Patsy.

1 / 8
<p>Henry Witherwax was working with the Ringling circus when he fell in love with a woman riding elephants. WTSP photo</p>

The freshly-turned 90-year-old smiled with the giddiness of a child when he saw the gentle giants he remembered so well. In 1949, Henry was working for Ringling’s circus as a center-ring performer. That year, the show went on the road to Havana, Cuba.

“He loved me from the beginning,” said Mercedes with a very serious tone.

Mercedes was a Havana native working for the circus to make extra money. She would ride the elephants three times per day and Henry fell in love right away. Less than a year later, they married.

They never would have met without the elephants.

“We heard the stories all my lives,” said Patsy. “They’re a part of us.”

Henry slowly unloaded from the golf cart and walked up to a giant, 70-year-old female named Mysore. Her golf ball-sized eye looked him up and down as he used his cane to make his way to her side. A handler gave Henry a few slices of bread. Mysore gobbled it up in one bite.

The two spent 10 minutes together nose to nose as Henry daydreamed about his days in Cuba. The family took photos and Henry kept feeding Mysore until the bread was gone.