Richard Hunt wasn't able to vote after returning home from war. It made him appreciate the democratic process and advocate for full participation by Americans 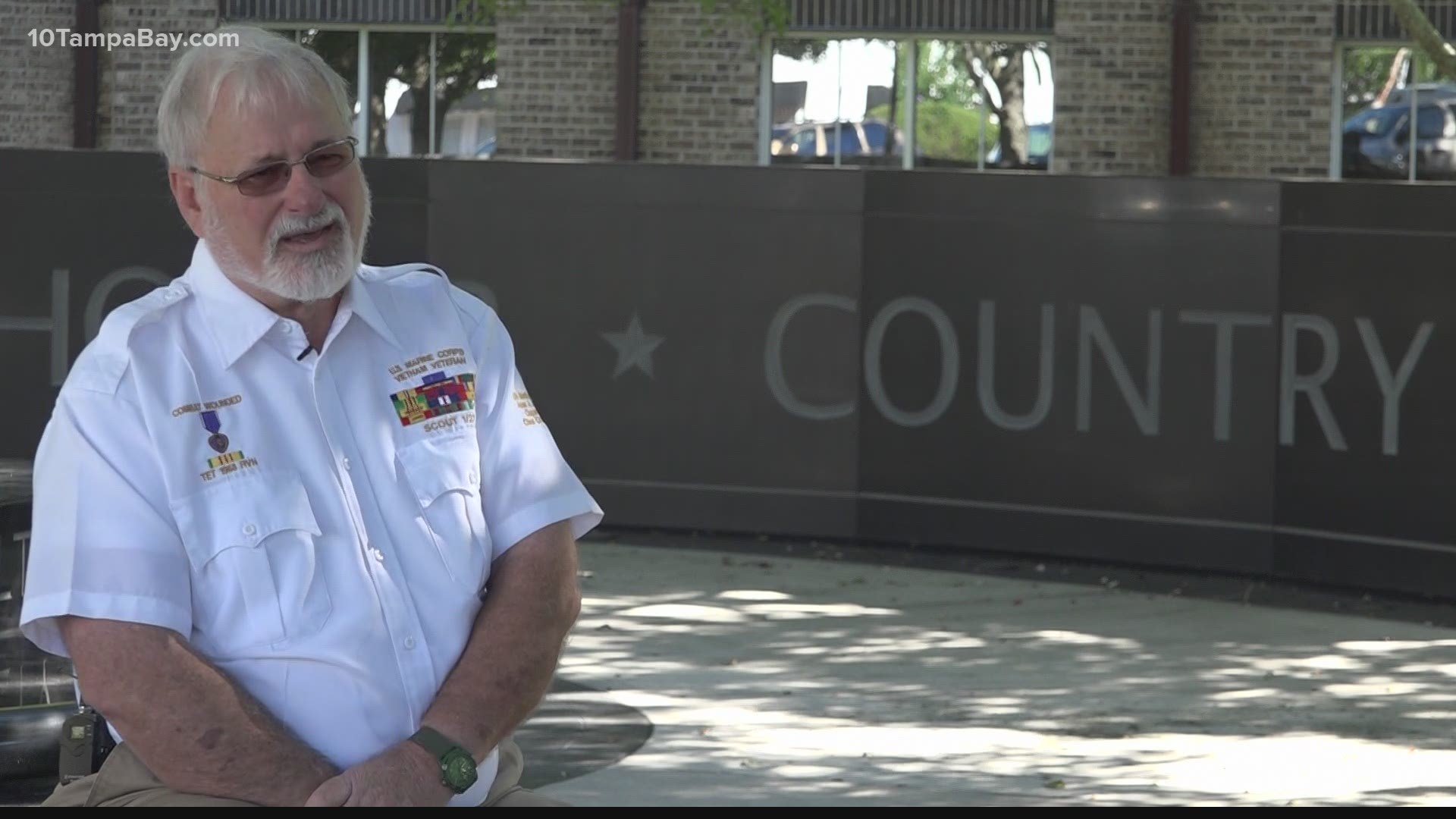 INVERNESS, Fla. — Richard Hunt has no patience for complainers who choose not to participate in the election process.

The Vietnam veteran spent four years in the Marines and earned a Purple Heart after being wounded in combat. He returned home but wasn’t able to vote because he was too young. The law was changed and he became eligible to vote in 1971.

He hasn’t missed a presidential election since.

“You have no right to speak if you’re not going to take the time and trouble to exercise a right that many people in this world simply don’t have,” said Hunt. “We can speak our minds and not have to look over our shoulders worrying about whether or not we’re going to get shot for what we just said of hauled off to prison.”

RELATED: Wounded Vietnam veteran remembers when he could not vote

The 59th presidential election has arrived in 2020 and millions of Americans are expected to exercise that right. Hunt, who is a staunch voting advocate, implores those on the fence about voicing their opinion to make sure they participate.

“If you don’t vote, you have no right to speak,” he said from outside an early voting site in Inverness. “If you don’t go, you’re nobody. Your opinion doesn’t count. You’ve already said you’re nobody. If you are somebody, step up and speak. It’s important. It’s absolutely critical to the nation. Not only the presidential but the local elections.”

Hunt says he’s never revealed his votes to anybody other than his wife throughout the years, insisting voting is private.

As long as you show up, he says, no matter who you vote for, you’re doing your “duty” as an American.

“There are very strong feelings about both presidential candidates,” he said. “I think it’s so critical that we come out and we vote our conscience.”

RELATED: Some 18-year-olds will miss out on 2020 election