The Ritchie Hockey Foundation has helped gets kids on the ice during the COVID-19 pandemic. 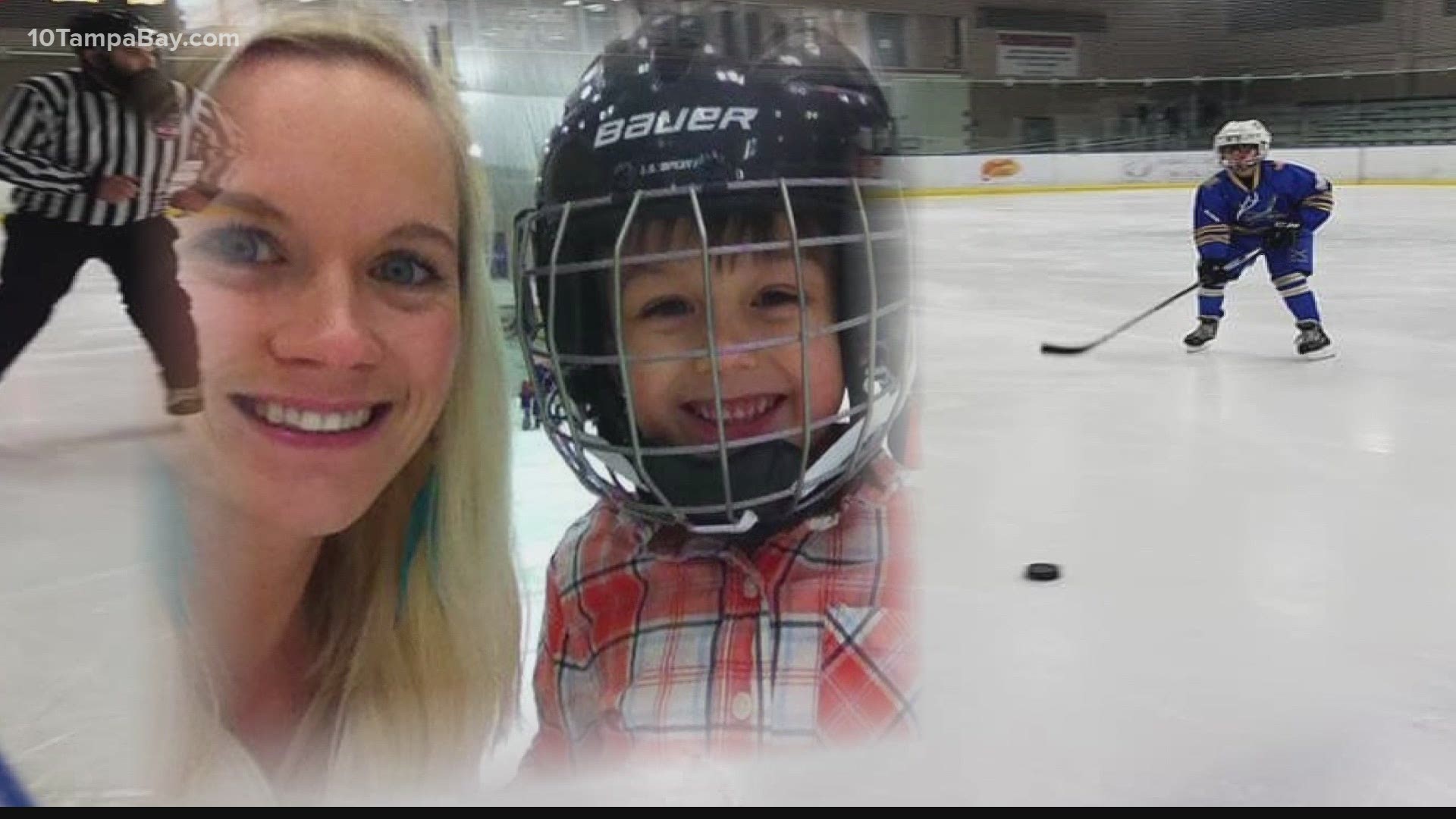 TAMPA, Fla. — Caleb Moreno has dreams of playing in the National Hockey League.

“I’m still 4-foot-5,” said the 11-year-old, who began playing the sport five years ago. “Hockey has always been my dream.”

There is time to improve – and grow – for the Florida boy who moved to the Sunshine State in June. Upon arriving, Kristin Dillenburger, his mother, unexpectedly lost her job. With a tighter budget, hockey for her son was in jeopardy.

“We were on the fence on whether would could even make hockey work for this year,” she said. “It’s been a pretty important thing on my end.”

Dillenburger needed a lifeline. Moreno has ADHD and hockey had become one of the main avenues for him to make friends. She didn’t want him to miss out on the chance to make new friends in a new state.

“He’s socially behind other kids his age and hockey has really only been the only way he’s been able to connect with other kids and feel like he belongs and not deal with the bullying and the peer pressure and stuff that he normally deals with at school,” she said. “So I was looking at every avenue possible to try to get some sort of support to get him to play.”

A friend suggested she apply to the Ritchie Hockey Foundation, which saved the day. Started in 2009, the Foundation was started by Bob and Donna Ritchie after losing their son, Jason, a hockey player, to a single-car crash.

“May 1, 2009. Jason was coming home from hockey game. We think he fell asleep,” Donna said during a January interview with 10 Tampa Bay.

The Ritchie Hockey Foundation got 15-year-old Jerry Tarkiainen on the ice, too. He started playing six years ago.

“They made it possible to get to high-quality practice especially since I play for several teams in several leagues at the same time,” said Tarkiainen. “I’m really thankful. They make all kinds of things possible for me.”

He plays three to four times per week including one-on-one sessions with a goalie coach. Games are on Fridays. He plans to return to Finland in 2021 and expects to be a better player for having spent time in Florida.

“It’s a big help to be a part of Ritchie Foundation,” said Tarkiainen. “It was a big challenge in the beginning.”

The Ritchie Hockey Foundation has provided scholarships for hockey players to attend college as well. It’s been awarding those since 2011.

Dillenburger has taken up hockey and now plays for the Tampa Warriors. That team is made up of former military veterans. The drives to games can be long. Moreno and his mother live in Sebastian, Fla. Some games are over an hour away in places like Brandon or Wesley Chapel. They say the travel is worth it because the duo loves the game so much and almost saw it taken away.

“He’s on the ice full-time now,” said Dillenburger. “We couldn’t be more grateful for the opportunity.”

Exactly what the Ritchie family wanted.

RELATED: Tampa mother reunited with daughter 27 years after giving her up for adoption