Last year, Kennedy McCormick got a boost from General Mills to give 48,000 boxes of cereal to Feeding Tampa Bay. This year, she's at it again. 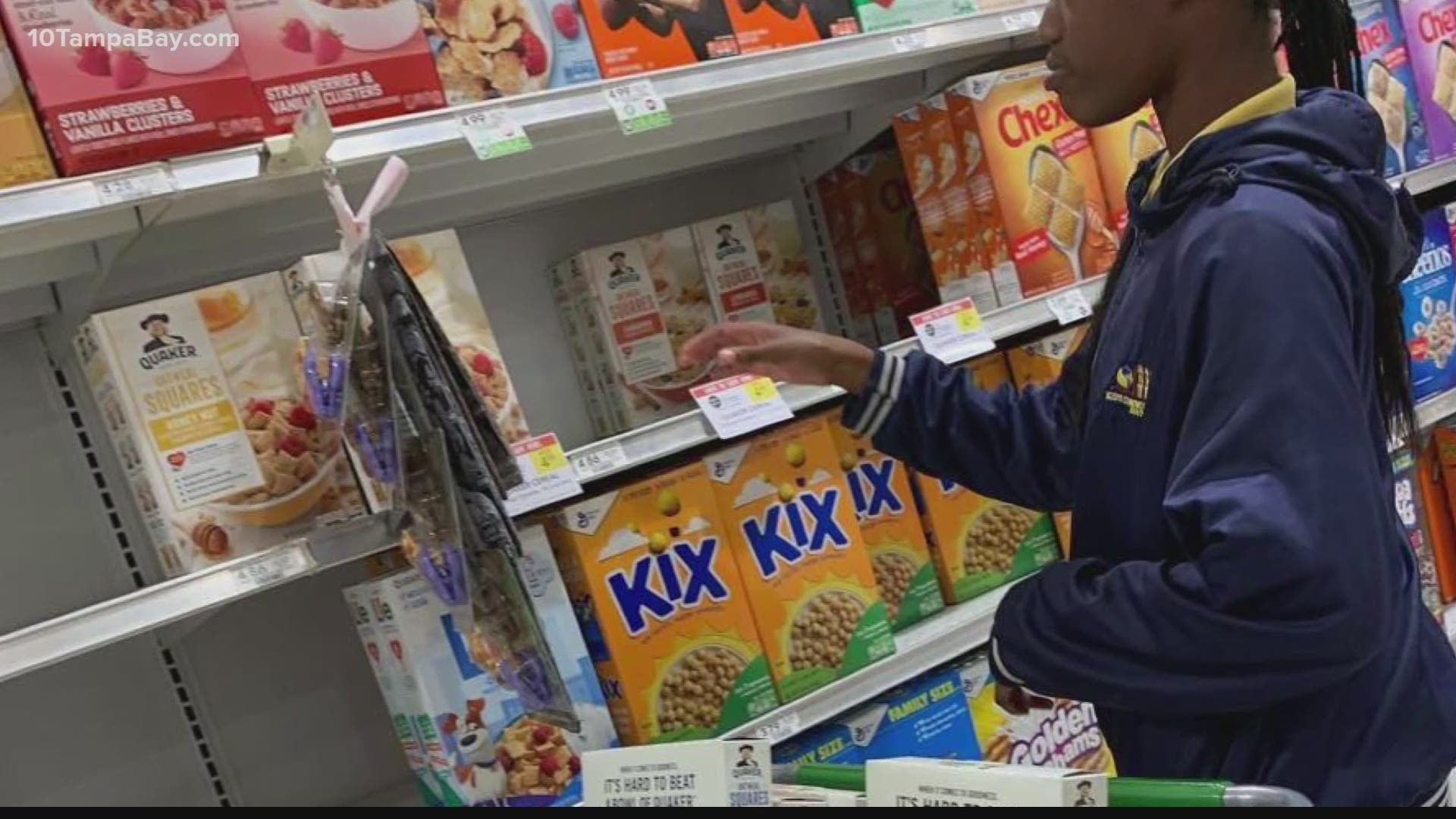 RIVERVIEW, Fla. — Kennedy McCormick’s favorite cereal is Cinnamon Toast Crunch. But, truthfully, if pushed, she’d admit to you there is no such thing as cereal she doesn’t like.

"There’s a lot of different cereals I like," said the 14-year-old from Riverview.

For the last seven years, Kennedy has been collecting food to give away. Lately, she’s been all-in on cereal. She began by asking for food donations rather than birthday presents and that mission of generosity grew into major contributions to her local Feeding Tampa Bay foodbank.

In 2020, she, aided by a major donation from General Mills, donated more than 48,000 boxes of cereal to Feeding Tampa Bay.

10 Tampa Bay has partnered with Feeding Tampa Bay for a program called Cereal For Summer. Now through May 14, community members are encouraged to follow Kennedy’s lead and collect cereal to be donated to the food distribution center.

10 Tampa Bay will host a big collection day at Publix stores in Tampa (Britton Plaza) and St. Petersburg (Disston Plaza) on May 14. The public can drive through and donate if they so choose. Anyone can donate monetarily online and can also donate at most Sonny’s BBQ restaurants in the region.

In 2020, COVID-19 forced 10 Tampa Bay and Feeding Tampa Bay's annual Cereal for Summer drive to go virtual. Despite having to shift the event online, the program brought in 667,000 meals.

Throughout the United States, one in four families is on the verge of food insecurity, according to a 2020 report by Feeding America. Most children within this group rely on free breakfast and lunch from their schools as their primary meals during the school year.

When school is out for the summer, those same children are less likely to receive free meals, making donations like Kennedy’s more important than ever.

"This year I want to get my neighborhood more involved," said Kennedy. "I’m also hoping to get more than $3,000 because that was my goal last year."

Kennedy will host a cereal drive in her neighborhood on May 8 from 12 p.m. to 5 p.m. She’s asking people in Riverview to bring as many boxes as possible for her to donate to Feeding Tampa Bay.

"We are super proud," said Joy. "It’s just really exciting and I’m glad that she’s passionate about it because it will continue into whatever she decides to do next."