Riverview’s 'Duck Mama' is dedicated to saving the Muscovy species

Gail Dixon couldn't stand the thought of her favorite animals being caught and euthanized by trappers. So, she started a duck sanctuary behind her home. 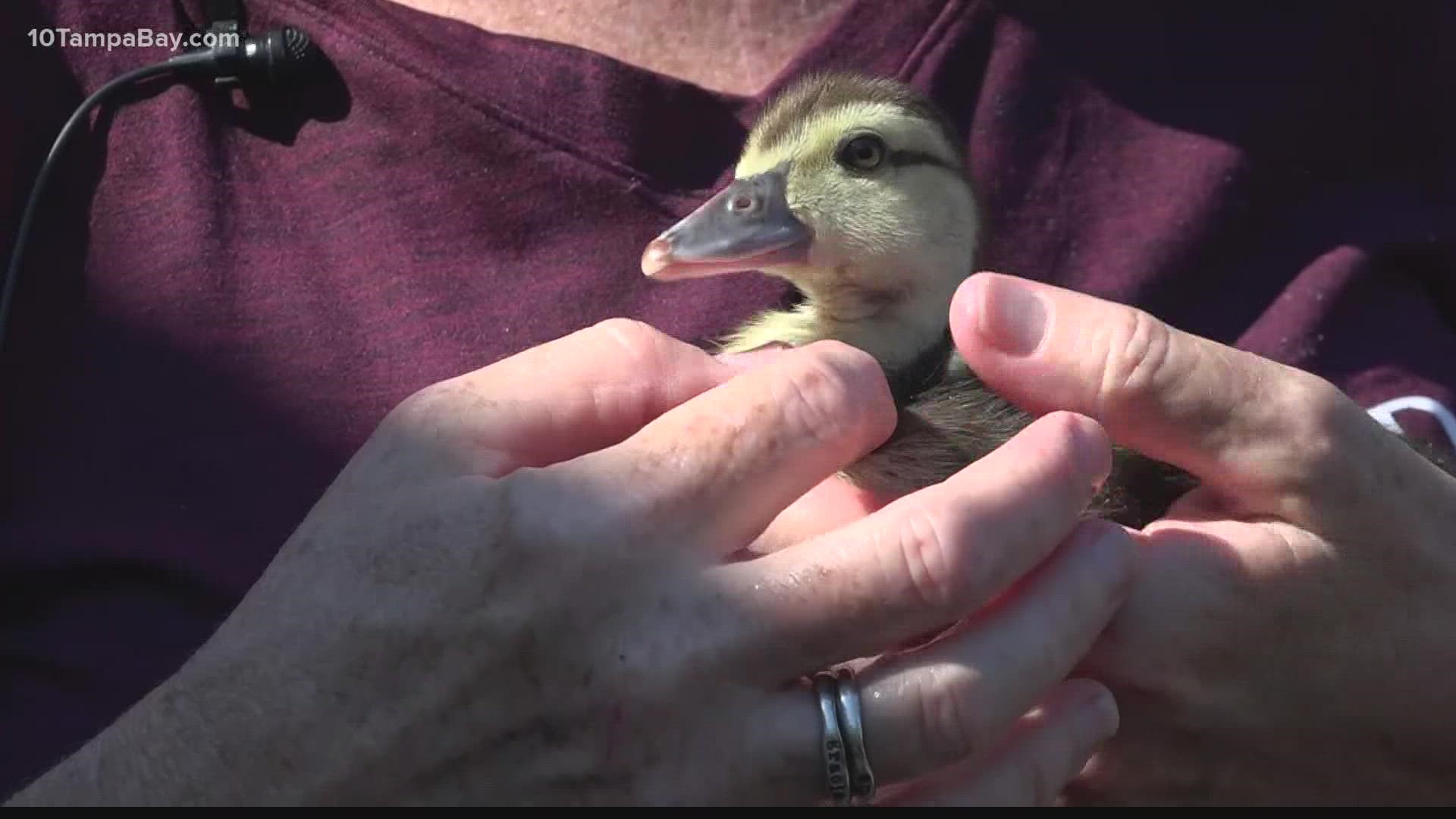 RIVERVIEW, Fla. — For Kayla Toole, it was love at first cuddle.

“I knew the second I picked up those first two ducklings that I was a duck person,” she said with a smile.

Toole now owns eight ducks. She got them from Gail Dixon, known as the “duckling mama” for her work saving Muscovy ducks.

“I love it,” said the Riverview woman, standing next to a fenced enclosure in her backyard with the two ducks that started it all.

For the last year, she’s opened her backyard to dozens of birds at a time in hopes of finding foster homes for them. The Muscovy duck is considered “invasive” to Florida. When caught by trappers, the birds typically tend to be euthanized. According to FWC, “it is illegal to capture the birds and release them elsewhere”, but the animals can be “humanely euthanized”.

That didn’t sit well with Dixon, whose friends call her the “Duckling Mama”.

“We really want to educate the public to help them understand the ducks and live them figure out how to live with them and not exterminate them,” she said. “We have saved over 700 ducks. That alone is enough to make it worth my while.”

Toole is one of Dixon’s biggest fans. She came up with fun names for her animals, including naming them after Game Of Thrones characters and candy, like Twix and Snickers. She’s become very involved in Dixon’s Muscovy Sanctuary of Florida project, which aims to pair up rescued birds and new hatchlings with foster families around Tampa Bay. She even helps operate the Facebook page.

“I love it. They are more than pets for me, which sounds a little ‘crazy duck lady’ but they are my family,” said Toole.

The duo says around 700 birds have been sent off to either be fostered or adopted in the first year of the sanctuary. The Amazon wish list keeps growing. Dixon is hoping to expand to a larger piece of land for the birds. Currently, she has about 14 adult ducks in her backyard. Many came to her injured after interactions with humans.

“Some with blow darts in their wings. Some with crossbow bolts in their necks and they’re still alive. People will kick them. Step on them. Run over them. It’s just atrocious. We started the Sanctuary to give them protection,” said Dixon, who grew up out in the country in Ohio.

That is the type of thing the Muscovy Sanctuary aims to avoid. Muscovy females can lay up to 60 eggs per year.

“I envision a place where families can come and interact with the ducks,” Dixon said.

People have fostered ducks from as far away as Miami. If you want to foster a duck, visit their website for an application.

“You get to wake up every morning and cuddle them and they love it. And, it’s a good opportunity,” said Toole.