David Wyant went to a rowing tryout because his grandmother suggested he try it. Now, two decades later, he'll broadcast races that send rowers to the Olympics. 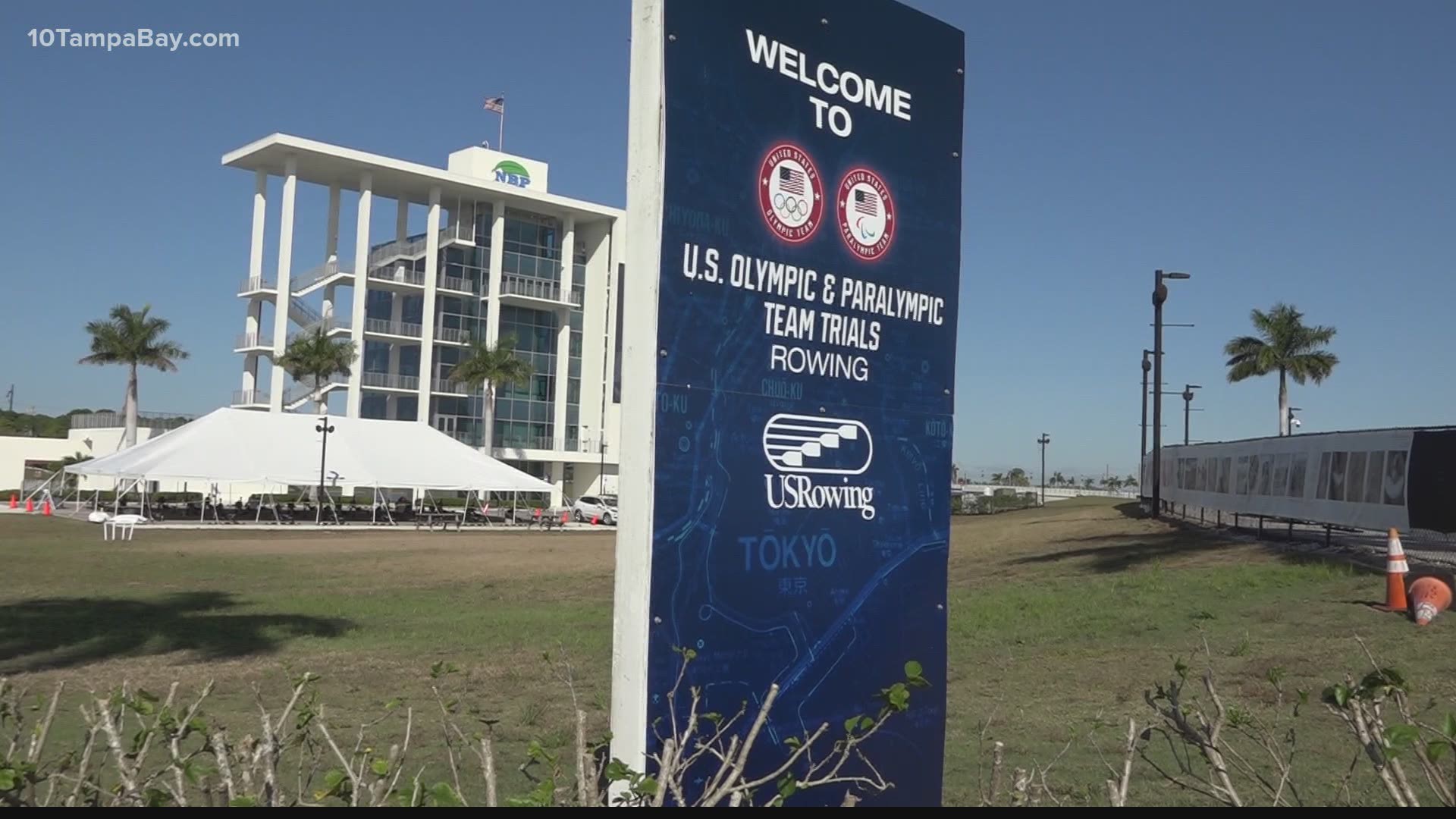 SARASOTA, Fla. — David Wyant’s family moved to Florida from West Virginia when he was a small child. He found his way to the water without delay.

“Being around water, if you’re not taking advantage of that, you’re really missing out,” said the soon-to-be 38-year-old.

The water was always a draw but mostly for leisure. It was Wyant’s grandmother who gave him the push toward competition once the Sarasota teen made it to high school.

It was a life-changing suggestion.

“I was immediately drawn to it and decided to stick around,” said Wyant, who found a role as a coxswain for local rowing teams after his grandmother’s urging. He spent three years as a coxswain for the Sarasota Scullers, which was the only club at the time.

The role suited him well.

It was perfect training for his role now. He’s been calling races for broadcast partners like ESPN and NBC Sports for nearly a decade. He’s been part of the broadcast team for large events at Nathan Benderson Park like the 2019 U23 World Rowing Championships. This week will be the second time he’ll call Olympic trials action for U.S. Rowing after first doing so in 2016.

“It’s my way of staying in the sport. It’s been really interesting and fun. it’s a natural progression for me from being a coxswain,” said Wyant, a self-proclaimed "sports junkie." “It’s been very interesting to see how things have changed over time in terms of, even with like the equipment, the athletes and how fast they can push these boats.”

A few rowers will advance to the Toyko Games after competition this week. Those who do not qualify will have another chance to do so before the games in Japan this summer.

Wyant feels like his time as a coxswain has helped him in his professional life as well. He is an attorney with Shumaker in Sarasota and has more command in that role after thriving as a coxswain and broadcaster.

"It's helped me with public speaking," he said.

Wyant is hoping to someday be part of the action as well on the world stage from the broadcast perch above the action. He’ll partner with 2008 gold medalist Lindsay Shoop for this week’s broadcast.

“It’s great to be a part of it,” he said, just a few yards from practice rowing at Benderson on Tuesday. “The biggest goal for me with my commentary is to do the athletes justice.”

For a guy who grew up just a few miles away from this week’s race site, the chance to play a small role in someone else’s Olympic dream coming true is really special.

“I think it’s hard to be an American and not really care about the Olympics,” he said. “If I was ever to be a part of the actual Olympics in any way, in any capacity that would be unbelievable.”