Student with heart transplant gets warm welcome back to virtual school

Sean Walsh received a heart transplant on Oct. 7. He returned to his classmates through virtual school and was greeted with friendly smiles. 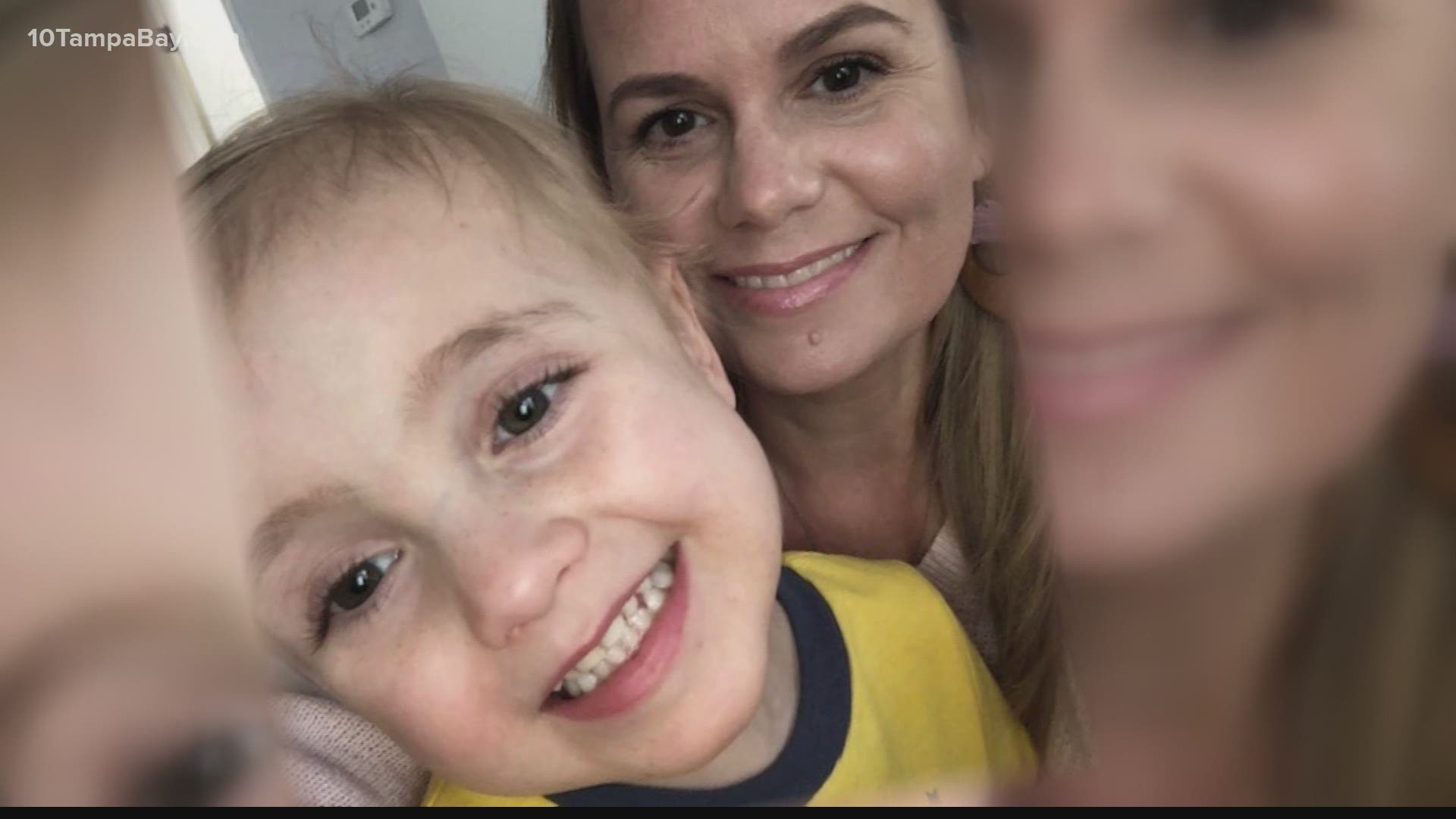 LARGO, Fla. — Ali Royal loves hearing her son screaming with joy as he bounds through the house. He’s just a few weeks removed from heart surgery but good luck keeping a four-year-old still.

“He’s talking more. He wants to play and go outside,” said Royal.

Sean Walsh was born with Hypoplastic Left Heart Syndrome (HLHS). It is a congenital heart defect. It required three open heart surgeries. He went into heart failure shortly after starting his first year of preschool.

That didn’t keep him from connecting with his new classmates.

His Anona Elementary Prekindergarten teachers Jen Bryant and Julie Neibert made a special effort to make virtual experience feel special for Sean. He cheerfully waved to classmates from home until his heart failure got worse. He was placed on a transplant wait list.

“We got that phone call on Oct. 7. We had the surgery later on that day. So, he got his little miracle gift.”

The surgery was successful. Sean must now isolate for three to six months while his immune system rebounds from surgery. Ali hopes her son can return to in-person learning next school year.

“What did you get in the hospital?” asked Royal. Her son smiled and replied, “A new heart!”

In the meantime, virtual school has returned to the Royal household.

“He loves it,” said Royal. “We are so thankful for that. In the morning he feels included. He gets so excited to see his school friends and it’s actually kind of says because when we have to log off, he’ll say, ‘was that my school friends? I want to go back to school’.”