Joan Windis has been knitting hats for soldiers for six years. Her efforts caught the attention of the White House and former President Trump. 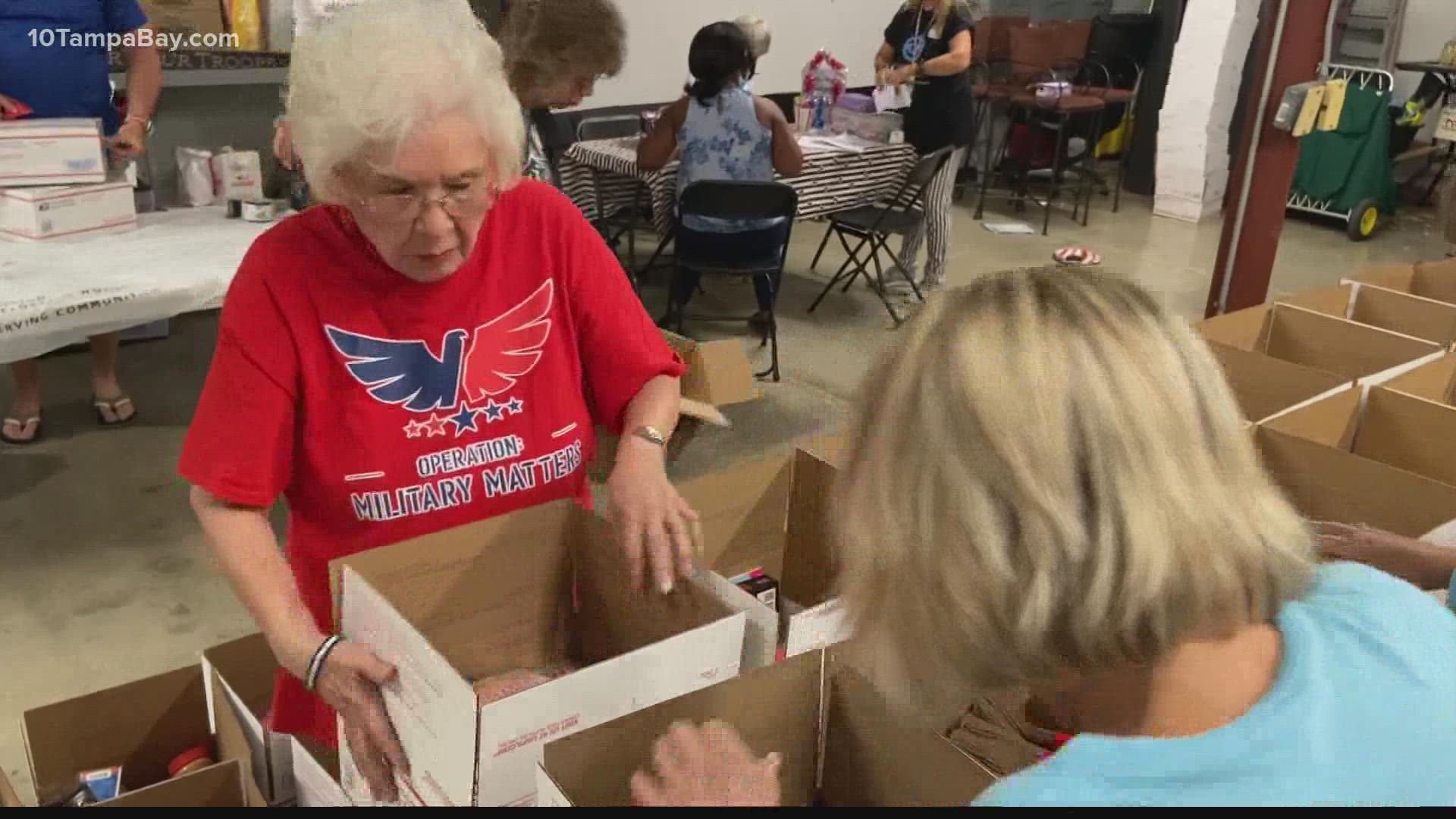 SEMINOLE, Fla. — Andrew Steighner drove more than five hours this weekend to meet the woman who knit him a hat.

“It’s really just a phenomenal feeling,” said the captain in the United States Army. “To receive something like that honestly can’t be put into words because it’s for something you don’t necessarily expect.”

Stieghner has served in the military for six years. He returned home to Fort Stewart in Georgia after nine months in Korea. He came to Seminole, Florida, this weekend to thank Joan Windis in person. The 85-year-old Floridian has been supporting military for years by faithfully knitting one hat per day. Those hats are sent to soldiers overseas through local nonprofit Operation: Military Matters.

“I believe I need to do this,” said Windis.

The military widow is beloved by all who know her. Her husband, Ralph, who died in 1991, served in Korea. She understands the sacrifice military members and their families face.

She decided to begin knitting hats for O.M.M. care packages and has done hundreds in the last six years.

Steighner wore one of the biggest smiles Saturday as Windis was surprised during a O.M.M. packing party. Kadi Tubbs, who organizes the packing parties, presented a framed honor to Windis – the President’s Volunteer Service Award in recognition and appreciation for her commitment to “strengthen our nation and communities through volunteer service”. The award was signed by former President Donald Trump.

“We appreciate you,” said Darlene Hutchinson Biehl, who served in the Trump administration at the U.S. Justice Department. “I think we all need to show our appreciation to our military a lot more and Miss Joan is a perfect example of somebody doing that.”

It definitely caught her by surprise.

“I didn’t know a thing. You caught me by surprised. I had to go in the room and cry," said Windis, who received a large round of applause from all in attendance. “I never expected a reward ever, ever, ever. I don’t need a reward.”

Operation: Military Matters was started in November 2015 as a school project by then-fourth grader Graci Tubbs, who is now 15. It is an official 501c3 non-profit organization and survives on donations and fundraising. All donations are tax deductible in accordance with US Federal Law 26 U.S.C. § 501. It costs the organization nearly $20 for each care package to be shipped worldwide.

“It bridges that gap between being away from home and makes you feel al little bit closer,” said Steighner. “It really means a lot.”

In 2003, the President’s Council on Service and Civic Participation founded the President’s Volunteer Service Award to recognize the important role of volunteers in America’s strength and national identity. This award honors individuals whose service positively impacts communities in every corner of the nation and inspires those around them to take action, too.

It was a shocker for Windis. She was given the Silver distinction, which is given to volunteers who serve between 250-499 hours.

“I love doing what I’m doing. It keeps me alive,” she said.