Sisters reunite in Tampa after spending a half-century apart

Kelly Sullivan was given up for adoption at the age of two. Her older sister, Kathy, never gave up on seeing her again. 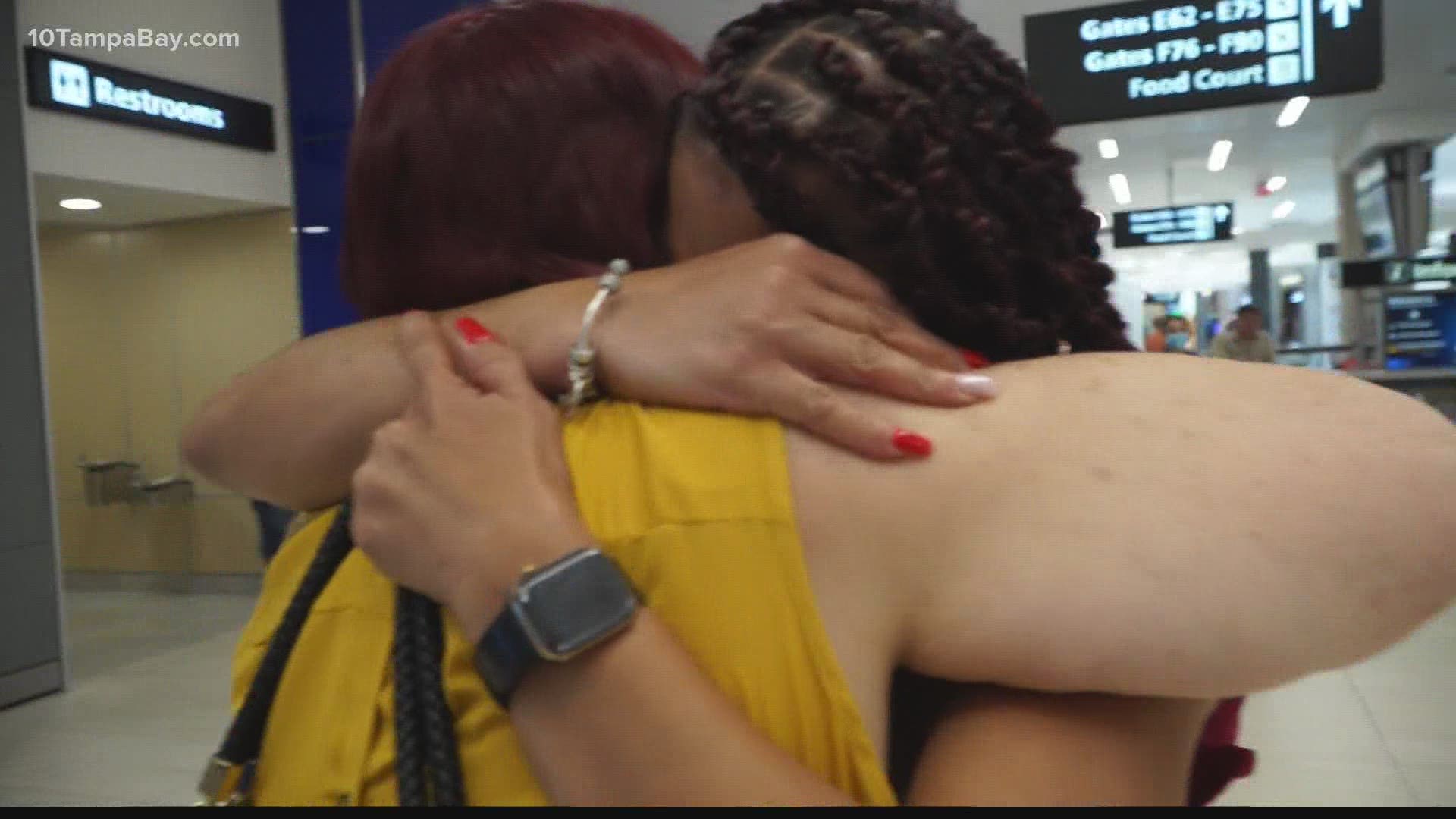 TAMPA, Fla. — Kelly Sullivan stood at the end of the tunnel at Tampa International Airport. Her hands fidgeted and eyes darted. The Riverview woman waited as patiently as she could.

She’d been hoping to see a special, unfamiliar face for a long time.

“This is so nerve-wracking. I’ve been calm all day,” she said as she stood near the Jet Blue tunnel. “I hope she likes me.”

At the other end of the airport was Kathy Sullivan-Givins. Dressed in yellow, standing with a similar eagerness in her posture. She just landed and was minutes away from the hug she’d anticipated for over 50 years. She boarded the tram for the final leg of the journey. In just a few short moments, sisters would reunite.

“I’m shaking,” said Kelly, 54, holding out her hand to reveal her nervousness.

The gates opened and a stream of passengers flooded the pathway between the hallway and the airport reception lobby.

“Not her,” said Kelly, searching the crowd. Then, after nearly everyone had filed out of the way, the long-lost sisters locked eyes.

What followed was a hug to remember.

“You feel so good. You’re so beautiful. Look at my baby!” Kathy said through tears. “I love you.”

Kathy, now 65, was 12 when her little sister was given up for adoption. She wondered if they’d ever reunite. After a few minutes of hugging and sharing tissues, the two sat down together to reconnect.

“I couldn’t have hit the lottery and been any happier,” said Kathy.

Kathy saved the email she received alerting her to a sister living in Florida. It came from their cousin, Joan, who was the first person Kelly found online after doing searches through Ancestry.com for biological relatives.

It was the first step to reconnecting with someone she has missed and thought about for 53 years. Six years ago, on April 12, Kathy’s other sister died.

"This happens on TV. This doesn't happen in real life" said Kathy. "I prayed just to know you were alive.”

She joked that Kelly smells the same. The two sisters held hands in the airport for a few minutes before heading home where Kathy will stay in Riverview with Kelly for a few days. There is even a “get to know me” party set up for Friday night with some of Kelly’s dearest friends.

There is a lot to catch up on.

“I couldn’t have hit the lottery and be happier,” said Kathy. “There just aren’t words and I’m real good with words.”

“I knew I had siblings. I did know that I had siblings, I just did not think it was going to happen and if it did happen, I just didn’t think that they would want anything to do with me,” she said.

“Girlfriend, I have loved you and mourned you and wished for you and missed you every single day since I was 12 years old,” she said.

With that, they hugged again. It’s been a long time coming.