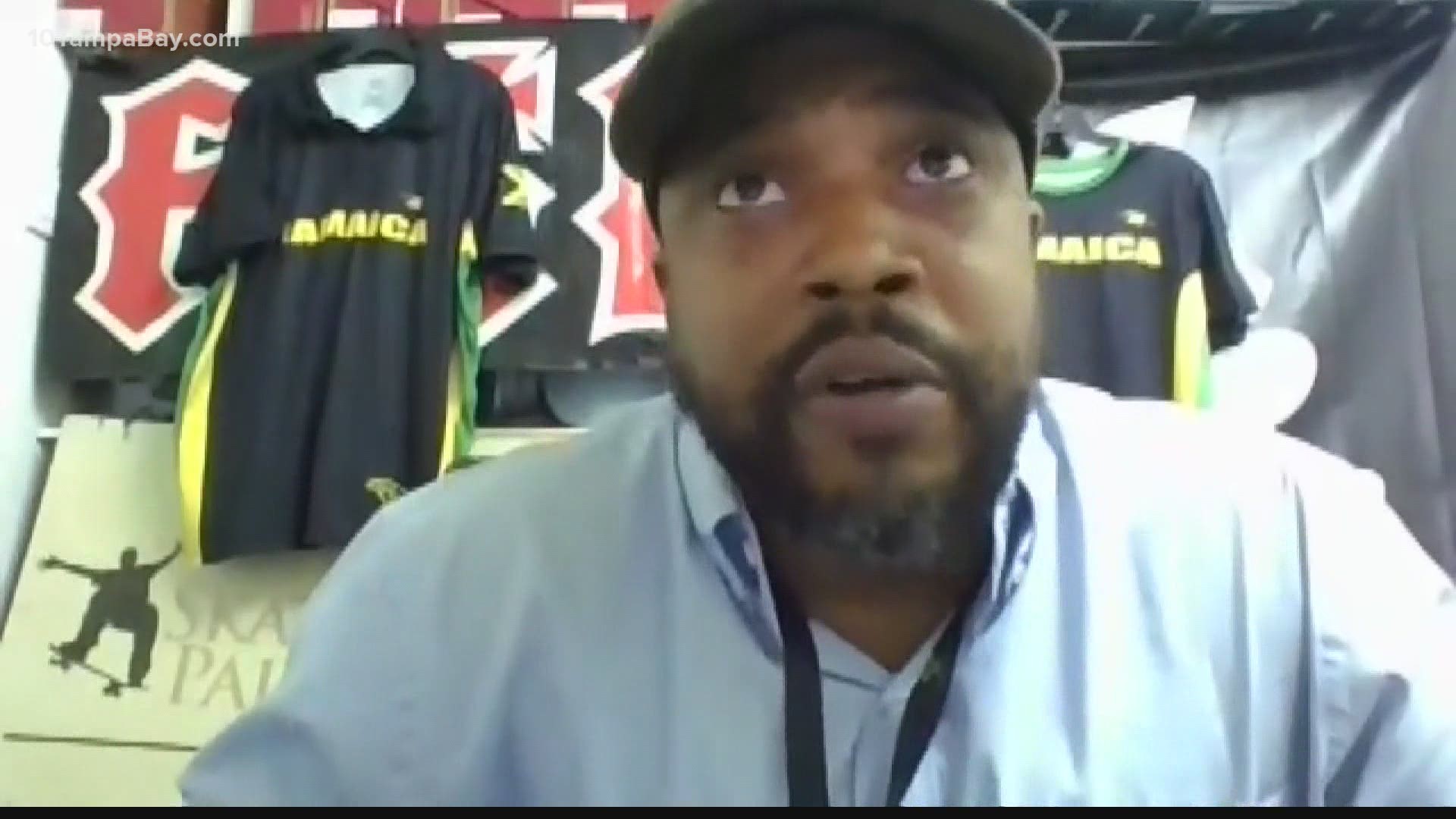 TAMPA, Fla — To say Steve Douglas loves skateboarding could be considered an understatement. The Jamaican man’s first skateboard was constructed from cardboard and spare roller skate parts. He has been on wheels for most of his life.

“It’s just fun,” he said from Kingston via Zoom. “That aspect of fun attracts a lot of things.”

The same appreciation for the sport is felt nearly 800 miles away in the offices of Skate Park of Tampa.

“I started skating in the late-80s,” said Edwin Velez.

The two places are connected by one passion. That connection will soon result in boards on the feet of Caribbean kids. Skate Park of Tampa started a non-profit called Boards For Bros in 2014. They take donated items and build skateboards for kids who otherwise couldn’t afford one.

“(We’re) fully committed to providing equipment, safe skate spots and youth mentoring in our community,” says the Boards For Bros website. “Additionally, our model empowers skateboarders to participate in community service as a donor, volunteer or project manager. In 2016, we began the process of taking our successful Tampa-based model and expanding our mission nationally.”

“Somebody told me, ‘You build a skate park and it will save Jamaica’,” said Douglas, who is trying to build Kingston’s first skatepark. “I understand what he means because youths don’t have options in Jamaica.”

Douglas operates the Jamaica Skateboard Federation. He petitioned and was awarded the land in Boys Town for a new skatepark he’ll name Reggae Skate Park. Now, he’s just trying to raise the money through GoFund Me and community support.

Tampa has pledged to help with the boards. COVID-19 has slowed down the process but Velez expects to get the skateboards to Douglas, hopefully, by the end of the year.

“When we spoke to Steve, we felt the vibes,” said Velez. “The fact that there isn’t really a lot of skateboarding in Jamaica, it’s just an excellent opportunity to have outreach and to give the magic of skateboarding to some youths who, if it wasn’t for us, it may never happen.”

The addition of a skatepark in Kingston will be massive for the youth there, according to Douglas. There is a lot of popularity with soccer and track. And while there is interest in skateboarding, there aren't many places for kids to practice in a safe environment. Skating takes kids away from violence and drug temptations. It’s a much-needed activity in the small island nation.

“Skateboading is totally different in Jamaica than in the States,” said Douglas.

Jamaica has a skateboarding team and will represent the nation in the upcoming Tokyo Olympic Games, which were postponed due to the coronavirus pandemic.

Velez and SPoT are excited to be part of the culture shift in Jamaica.

“It’s a good fit and we’re going to make it happen,” he said.

Skate Park of Tampa’s Boards For Bros program has sent skateboards to many countries including Honduras, Cuba, and Canada. It is located at 4215 East Columbus Drive in Tampa.