ST. PETERSBURG -- Chuck Vosburgh knows all about planes. As the son of a pilot, he was given a front row seat to the world of aviation as a boy. 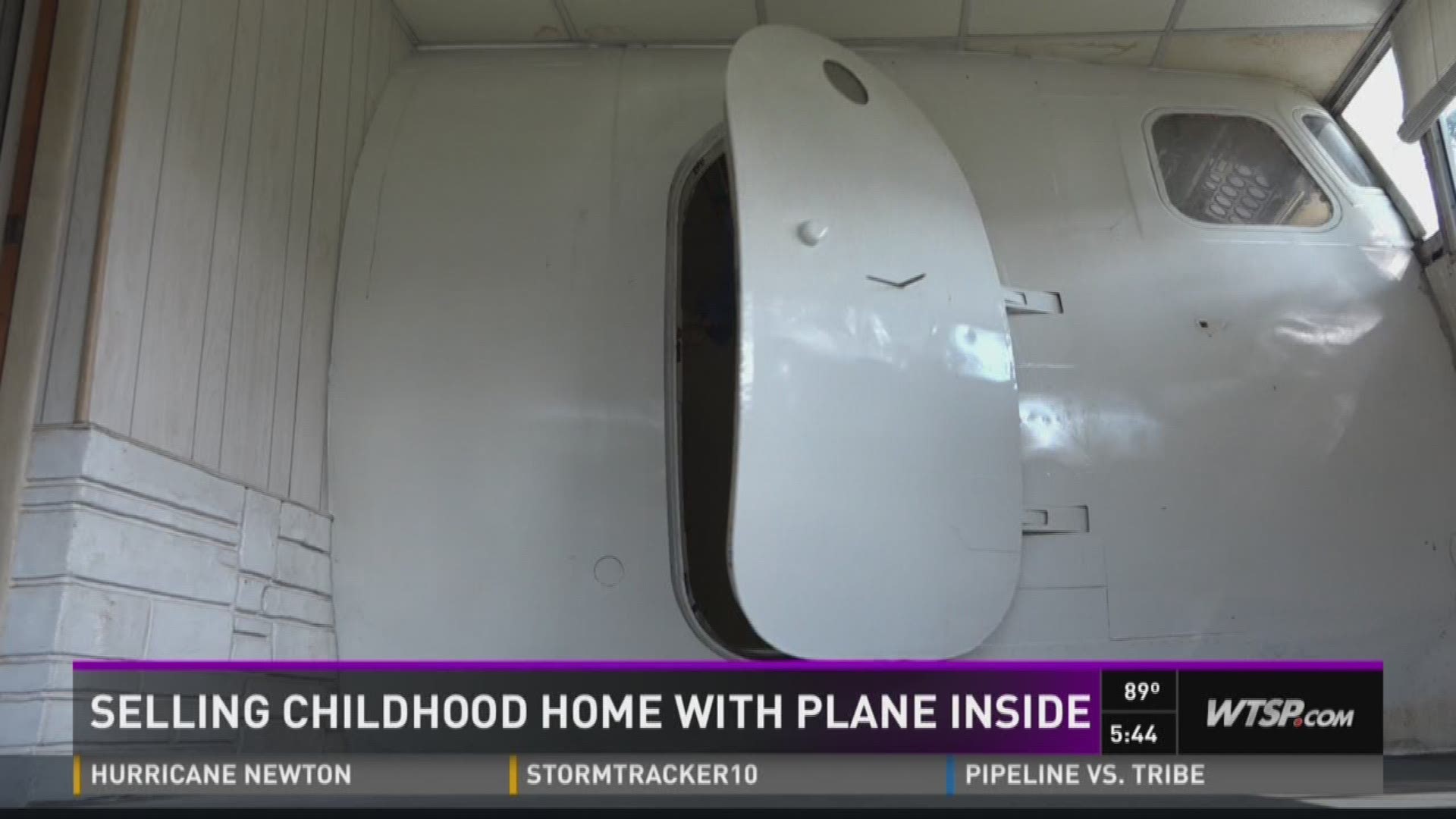 ST. PETERSBURG -- Chuck Vosburgh knows all about planes. As the son of a pilot, he was given a front row seat to the world of aviation as a boy.

It didn’t hurt that he lived in a house with a plane attached to it, either.

“They brought me home from the hospital to this house,” he said, standing in his parents' living room. “This is home.”

At just about 2,000 square feet, with three bedrooms and two bathrooms, the house represents a lot of things to Vosburgh. And as a realtor, he had the responsibility of selling his parents' home and showing off its unique feature.

More than three decades after helping his dad put the distinctive side room into their home, Chuck got to show it off to potential buyers.

“We had an open house and this place was packed,” said Pat. “Everybody wanted to see it.”

It took all of two days to get an offer on the house, which Chuck accepted.

The house, cockpit and all, leaves an impression of everyone who visits.

“He slid open the door and I went, ‘Oh my goodness, this is really something',” said Chucks' wife, Pat. “There is a DC-7 here!”

“This is the airplane cockpit,” Chuck said as he wandered down a hallway leading to a sliding door. Behind it was the 1955 DC-7 cockpit he helped his dad install in the wall back in 1982.

“In all of our years of real estate we’ve never heard of another house that had a plane in it,” said Chuck.

The plane crash-landed in Tampa in the 1970s and Chuck’s father, Richard Vosburgh, had it shipped to his home.

The plane belonged to Colombian pilots who were smuggling marijuana into the U.S. Chuck and his dad rolled the cockpit over pipes and set it into place. An outside wall sealed it into the structure of the home.

Chuck says he hopes the new owners will let him come back and see the plane from time to time.