St. Pete woman hits goal of 1,000 showers for people who are homeless

Chrissy Jenkins smiled as she held up a bright yellow sign which read 'Shower # 1000.' 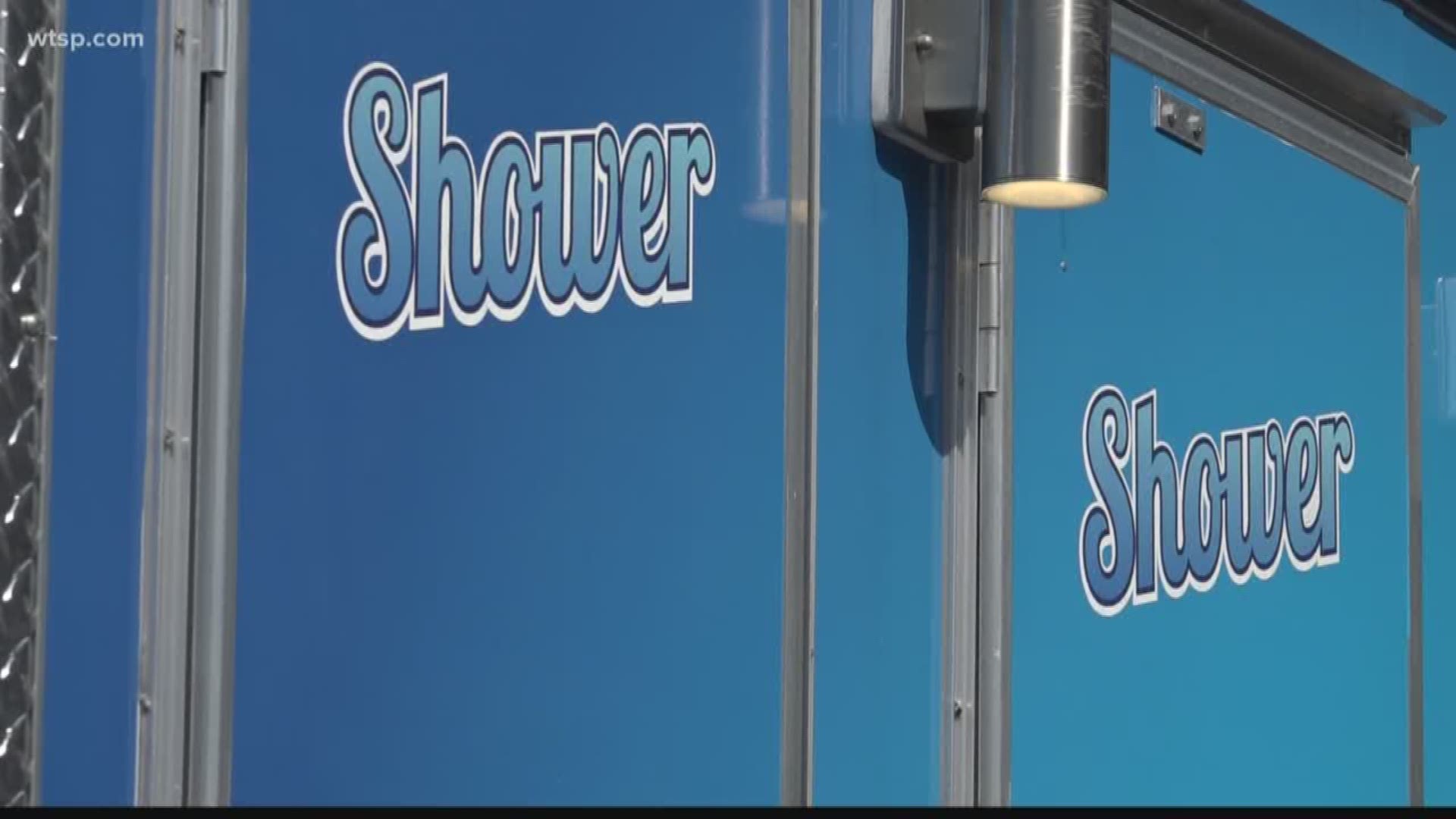 ST. PETERSBURG, Fla. — Chrissy Jenkins always felt like this day was coming. Deep down in her soul, she knew.

It just took 53 weeks to get there.

Her nonprofit, Showered and Empowered, Inc. hit a major milestone on Thursday when a homeless man named Wes became the 1,000th person to shower in her one-year-old mobile shower trailer.

The ten-minute shower was the realization of a goal Jenkins set in September 2018.

“It is growing and will continue to grow by the grace of God,” said Jenkins.

For Wes and others, the shower was invigorating for the soul as much as the body. Wes emerged from the shower stall with a smile on his face. It had been weeks since he had “a proper shower” after settling for washing up in birdbaths recently.

Thursday was a blessing for him.

“God is doing this in some way. He’s putting it in people’s hearts,” he said. “That’s an amazing idea to bust out a shower for the homeless. That’s amazing. That warms my heart.”

Jenkins was stuck on 992 showers before pulling her trailer into the Lutheran Church of Our Saviour parking lot. The line started from outside her brightly-wrapped trailer quickly.

“What does it feel like? It’s an awesome accomplishment and I give God all the glory today to bless us today with shower number 1,000,” said Jenkins, never shy about sharing her faith. “We only needed eight and he has blessed us tremendously through the past year to get us to this.”

The first person in the shower was a homeless man named Todd. He raved about Jenkins’ idea to make a practical difference in the lives of those who are less fortunate around her.

Jenkins says she is booked solid for every Thursday and Saturday through November. She plans to raise funds for a second trailer this year.

The need is so great in the homeless community that she thinks a second trailer is necessary. She hopes to find a donated truck to pull the trailer.

She has been encouraged by the support she’s received locally and, now, internationally.

Jenkins got a phone call last week from a stranger in Europe. An English firefighter was on the line who had stumbled across the St. Pete woman’s website. He was so inspired by her mission to offer showers to the homeless that he told her he plans to do the same in his community once he retires.

Her humble idea has truly grown.

“Priceless brother,” said Tod. “We get a lot of things out here in the streets, but that’s the one thing that if we had access to, would help a whole lot. Somebody’s trying. It gives us hope.”